2016 has been a year of both great challenges and achievements for the MOAS team and crews. As the humanitarian crisis in the Mediterranean continued, 2016 became the deadliest year for the sea crossing on record. We have witnessed smuggling practices become ever more dangerous and the season for attempting the crossing is extending far beyond what our crews have previously experienced.

Yet, in the face of these increasingly difficult conditions, this year the MOAS crews rescued and assisted over 20,000 men, women and children, bringing the total number of lives saved since MOAS’s inception in 2014 to over 33,000 people.

As we look back over this past year, we first turn to those lives that you, our community of supporters, have saved with your generosity and dedication to our mission.

The Responder began the year in the Aegean, continuing the mission that had begun on December 23rd 2015. There, our crew, equipped with two rescue launches named in honour of Alan and Galip Kurdi, worked tirelessly through the winter with our team of professional SAR operatives and medical volunteers providing life saving rescue services and vital post-rescue care.

Together, we rescued and assisted people attempting to make the perilous journey from Turkey to Greece’s easternmost islands in a desperate effort to find safety in Europe. 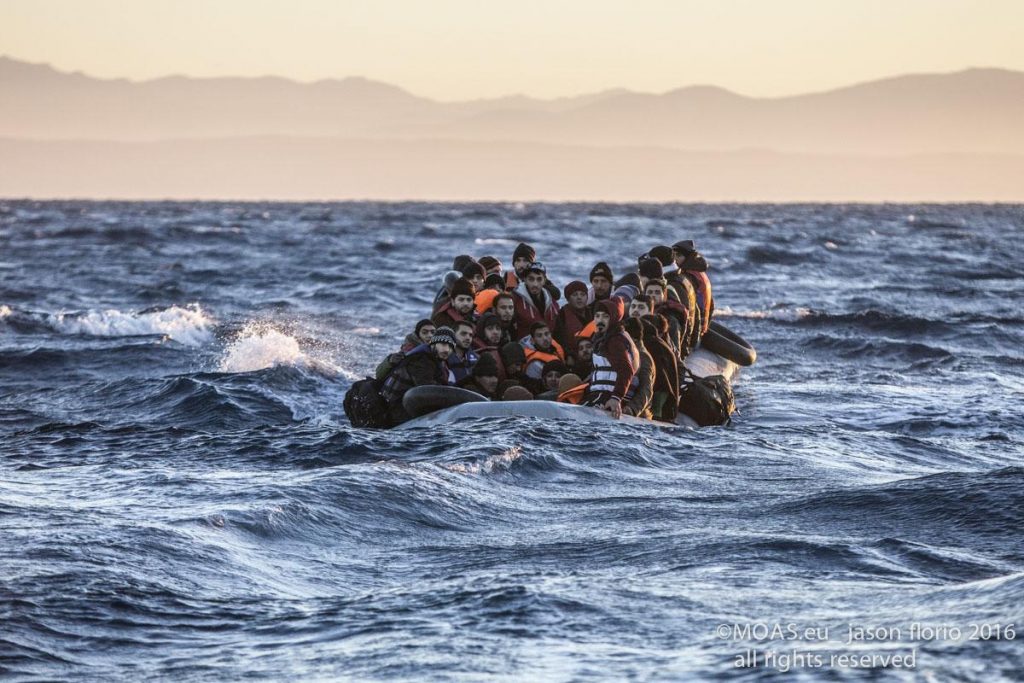 People from Syria, Afghanistan, Iraq and Somalia risked the 5-hour crossing, which was made extremely dangerous by the freezing conditions and the threat of the flimsy vessels being washed onto jagged rocks.  During the course of the mission, our crew directly engaged in 30 interventions, saving 1,869 people.

Following the implementation of the European Union-Turkey Agreement in March 2016, arrivals in Greece from across the Aegean Sea fell sharply. Our crew remained in the area for one month more to monitor the situation, before the decision was made to relocate to the Central Mediterranean, where it was becoming clear our services were sorely needed. 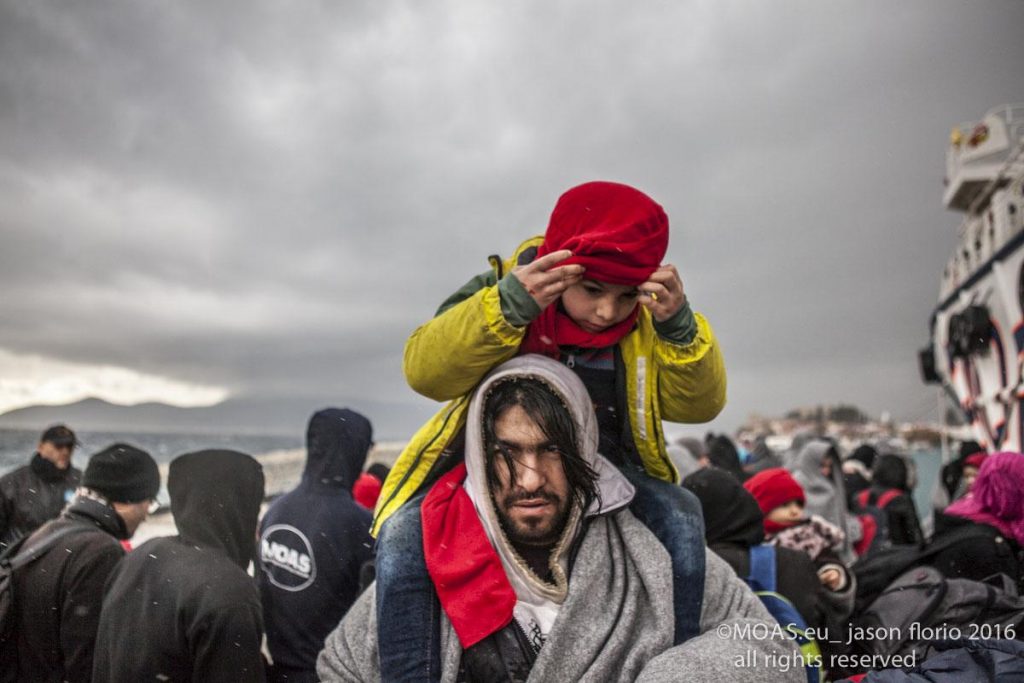 On 6th June, both MOAS vessels – Phoenix and Responder – set sail for the Mediterranean where the rate of crossings had sharply increased and tragedies were already occurring on a mass scale. This mission was conducted in partnership with medical teams from the Italian Red Cross, in what was the first opportunity for both of our organisations to work together so closely. Within the first two weeks of the mission alone, the MOAS crews had rescued and assisted over 2000 people. 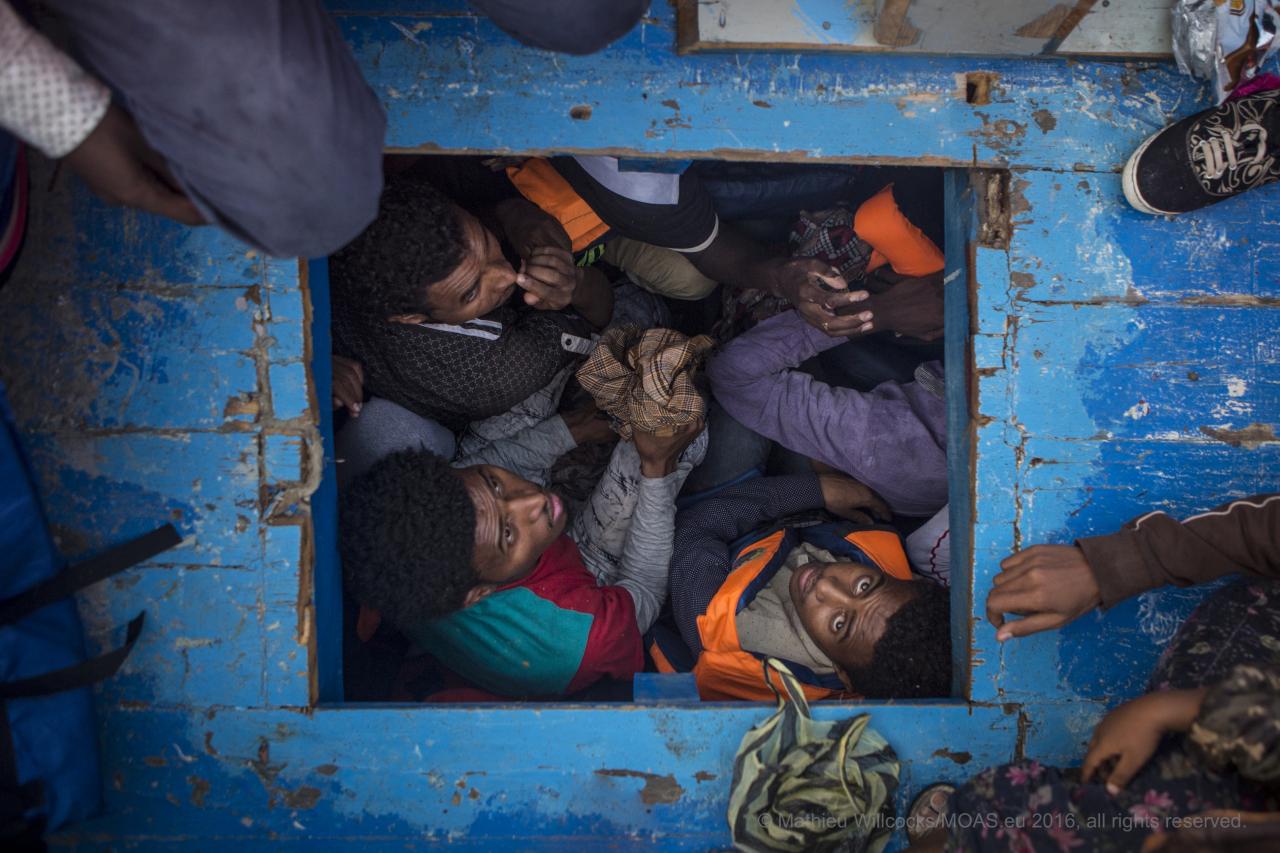 The MOAS crews assisted people fleeing violence, poverty and persecution, assisting people from places as diverse as Nigeria, Palestine, Eritrea, Gambia, Bangladesh and Côte d’Ivoire. While our crews continued to rescue people from the large wooden boats often used in the Mediterranean, they increasingly witnessed a shift in smuggling activities that saw more and more people being sent to sea in hugely uncrowded and increasingly unseaworthy rubber dinghies.

Conditions on the vessels were deteriorating with migrants being dispatched from the shore with no food, no water and often no fuel. Our crews even conducted rescues from dinghies with no motors aboard and no means of navigation. It was upon this background that MOAS launched its latest advocacy campaign. 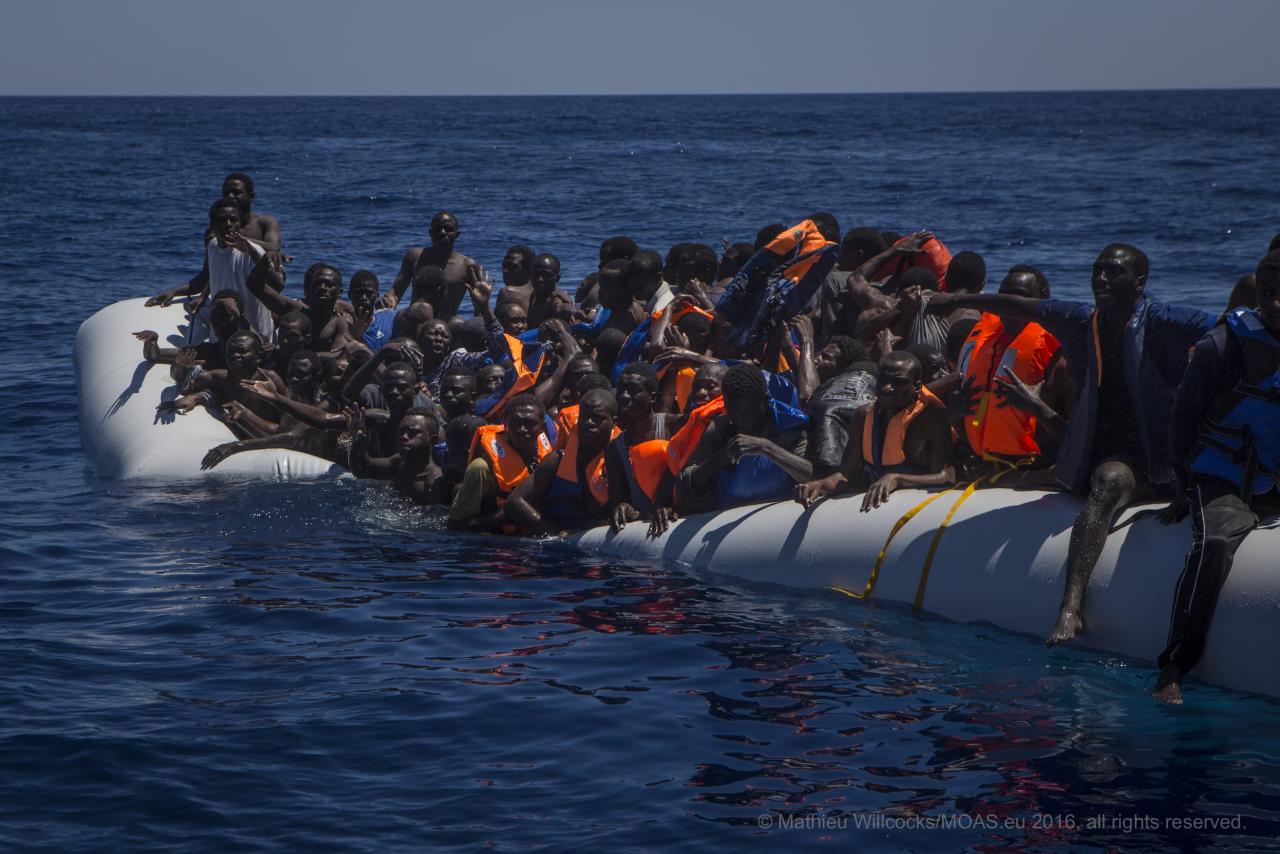 On the day of the organisation’s two-year anniversary on 30th August, MOAS called for safe and legal routes in an advocacy campaign supporting the creation of an integrated migration system that allows those who need it most the ability to gain access to the asylum system without having to attempt the maritime crossing, thereby cutting off smuggling routes that exploit the most vulnerable in our society and bringing an end the continuing deaths at sea.

As the autumn and winter months drew in, where in previous years the numbers of those attempting the Central Mediterranean crossing fell, this year our crews witnessed an unprecedented extension of the migration season.

As bad weather became more frequent, the poor conditions caused people and boats to accumulate on the Libyan coast. When periods of better weather arrived, many boats were sent to sea at the same time, further complicating rescues. On the weekend of 5th October, a total of 10,000 people were rescued over a 48-hour period. In that time, the joint MOAS and Red Cross mission rescued and assisted 778 migrants and recovered 3 bodies. 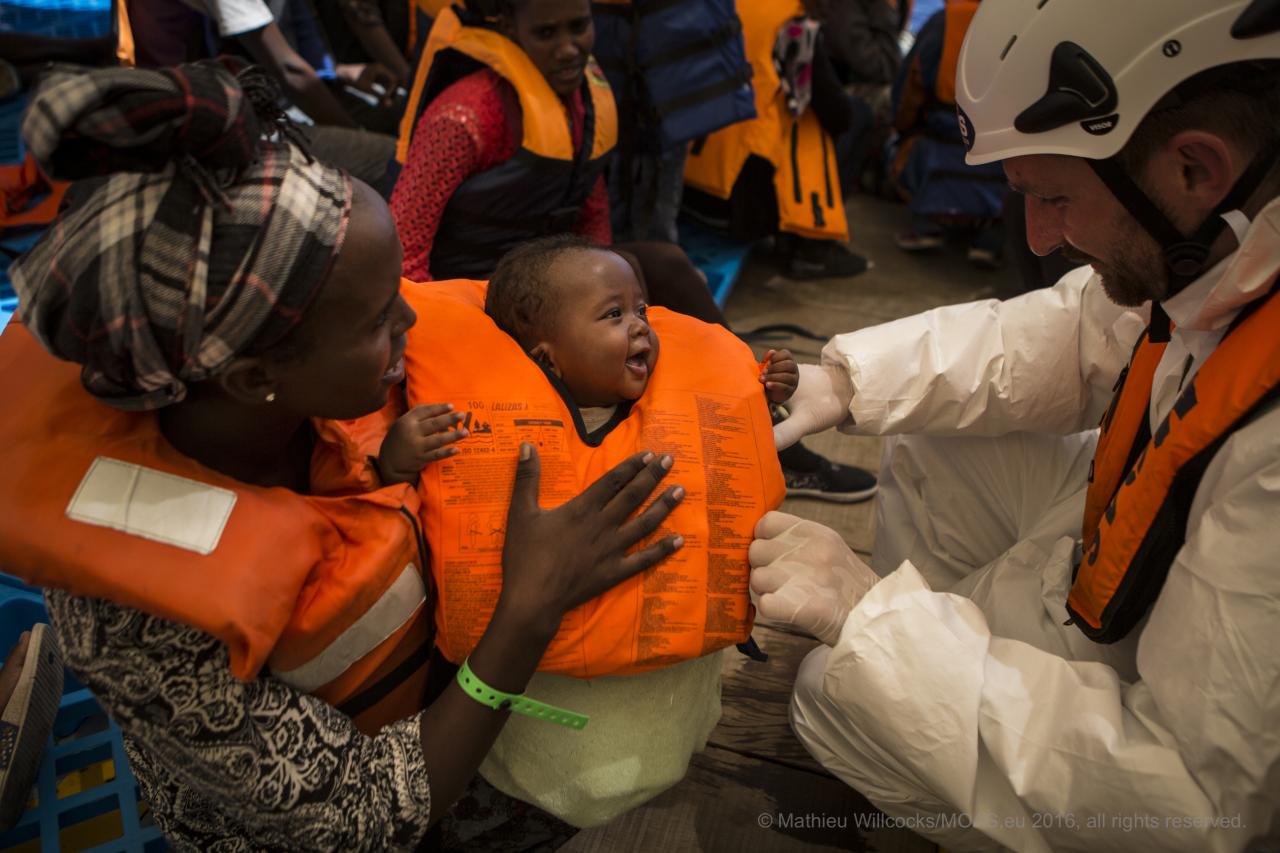 By mid-November, 2016 had become the deadliest year on record for migrant deaths in the Mediterranean; the death toll has now reached 4,901 people. Our rescue operations carried on until mid-December, when we reached our scheduled end of mission having rescued and assisted over 20,000 people. We will now take the next few months to prepare for the launch of our 2017 mission, while continuing to advocate for the establishment of safe and legal routes so that we will never see such a death toll again.

On January 7th, it was announced that MOAS had won the Geuzen medal for 2016. The medal is awarded annually as a tribute to people and organisations working for the promotion of human rights. In April, MOAS received the Special 112 Award by the European Emergency Number Association (EENA) for its work and outstanding achievements in preventing loss of life at sea. 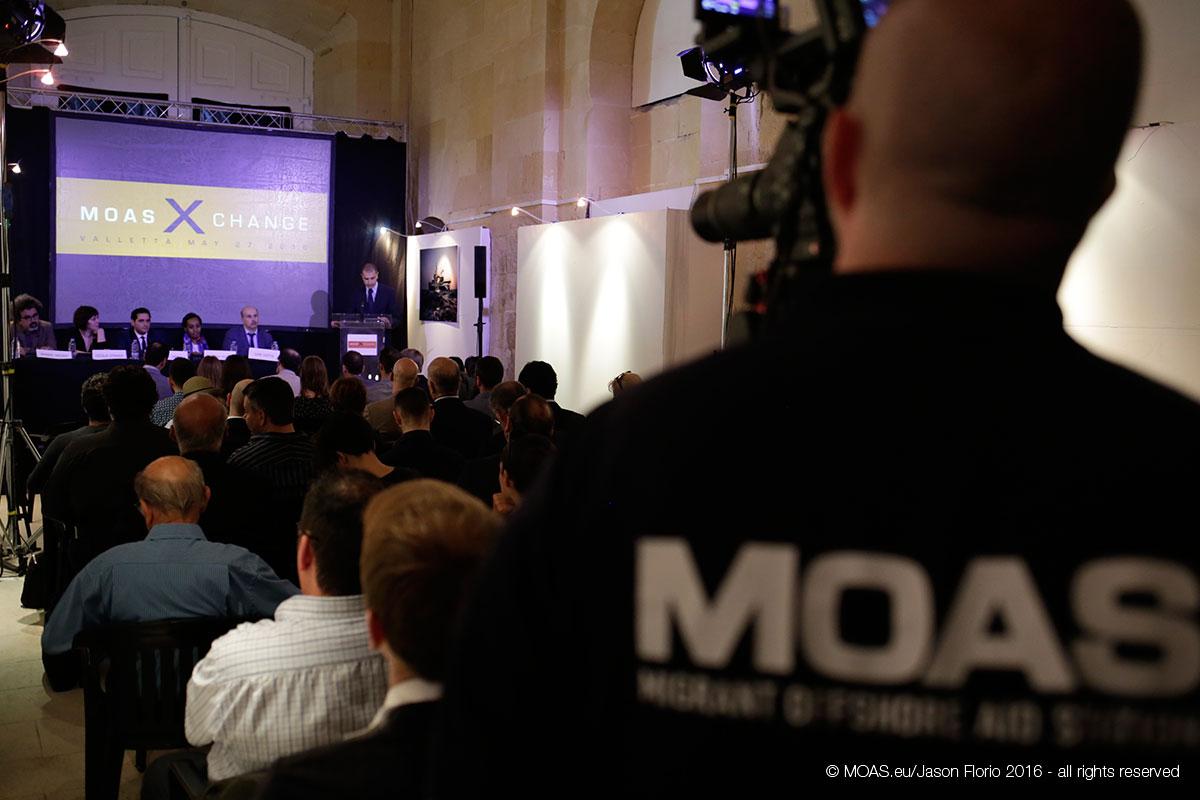 On May 27th the MOAS X-change event brought together a panel of experts and activists with vast experience in the field of migration to debate ongoing challenges in the field. Topics ranged from deaths at sea and the hardships faced by migrants and refugees in Turkey and Libya as well as the modus operandi of people smugglers and the lack of a humane and coherent EU response to the migration phenomenon.

Our founders and spokespersons, Christopher and Regina Catrambone, also represented MOAS at events and conferences throughout the year, including contributing to the High-Level Side Event at the UN General Assembly summit for refugees and migrants in September. Regina shared MOAS’s experience and insights on migration issues at events such as the Trust Women conference and Wired 2016. 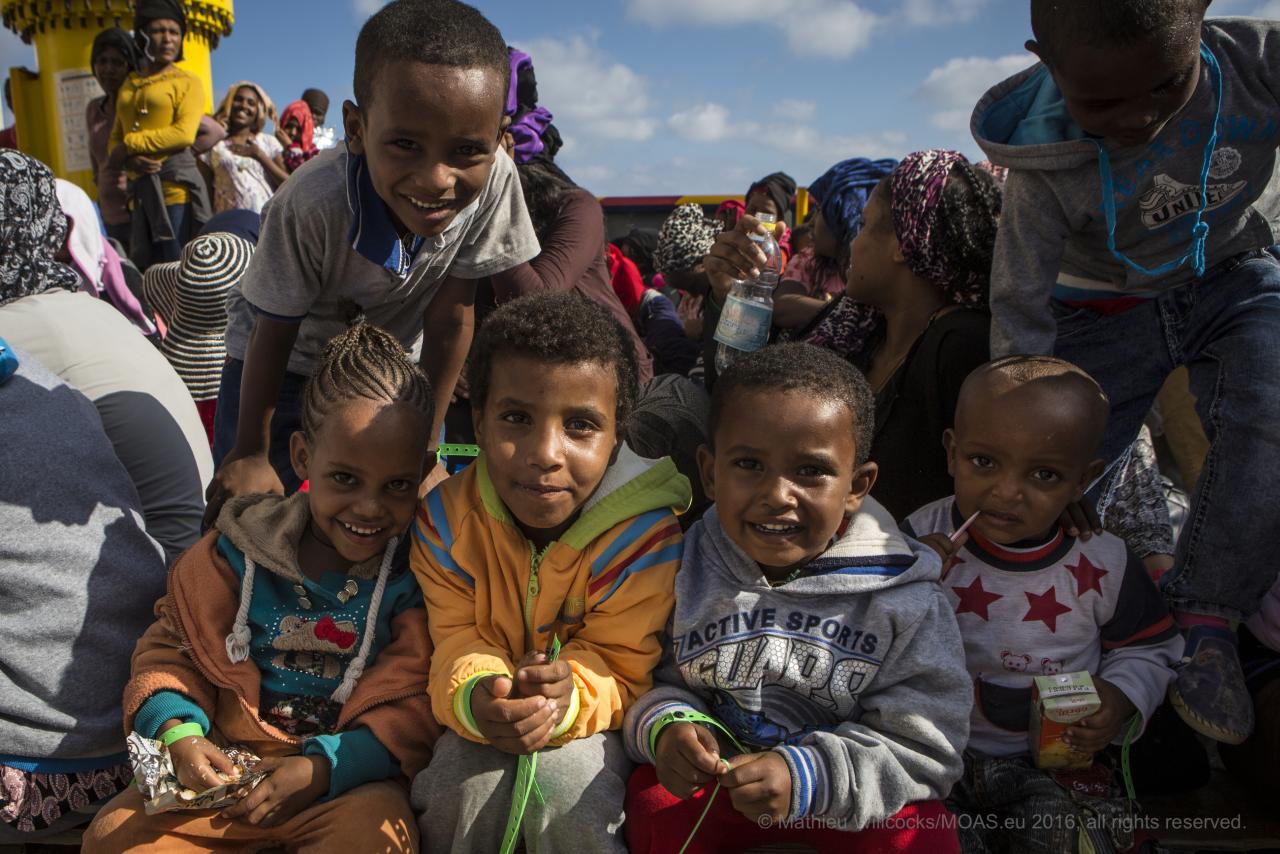 This year, our vessels and crews presence at sea have meant the difference between life and death for so many people. None of our life-saving operations would have been possible without your backing and support.

As 2016 draws to a close, we can only say that our achievements this year belong to you. We look forward to continuing to enact our founding and central belief – that no-one deserves to die at sea – together, and with renewed determination in the new year.