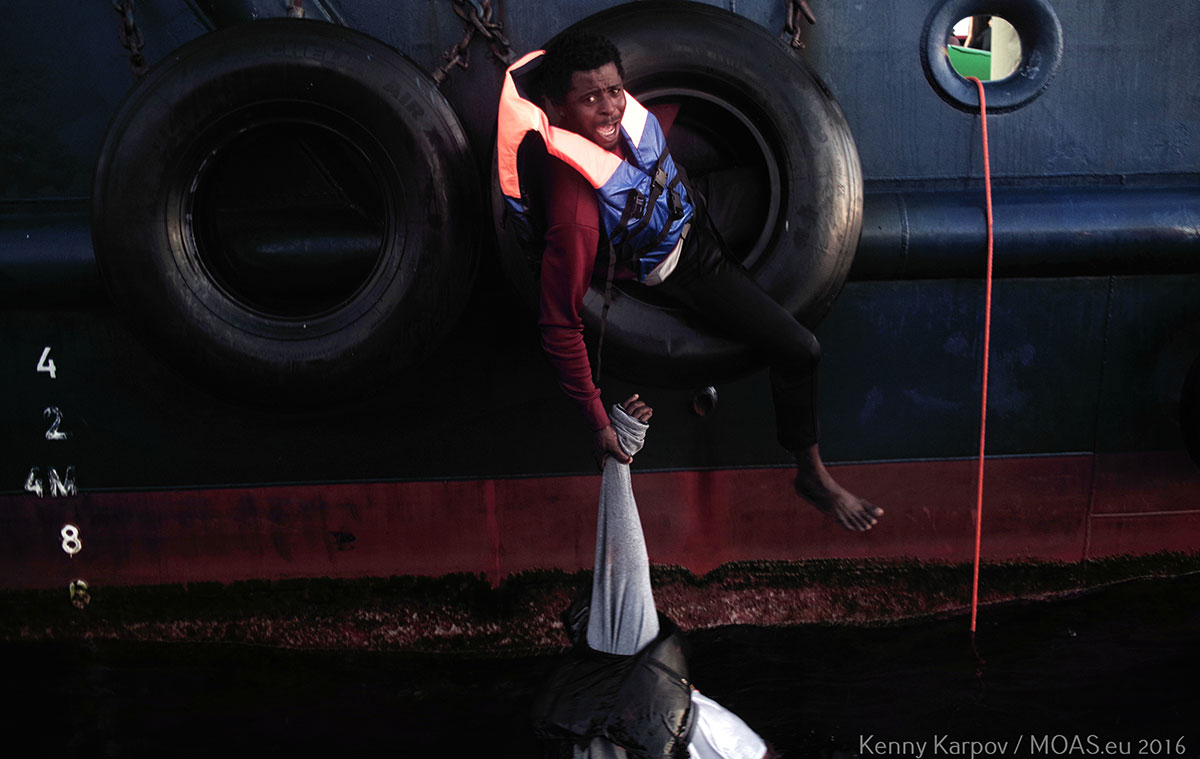 Despite tireless efforts to save lives by both civil society and European navies, MOAS crews are witnessing search-and-rescue efforts in the Mediterranean becoming more challenging than ever.

MOAS has seen its humanitarian efforts overwhelmed this year, largely due to the changing approach of smuggling networks. Whereas in past years, crossings were organised in more manageable trickles, perhaps a few a day, this year our crews have seen departures organised in large waves.

MOAS research and analysis suggests that this change in approach might be both an attempt to maximise opportunity and meet demand on the part of the smugglers. The smuggling networks appear to be industrialising, with increased competition representing a new challenge for them in procuring enough rubber boats, engines, and fuel containers to meet the demand.

This is leading to unprecedented numbers of migrants and asylum seekers being placed on unseaworthy rubber boats.

“The combination of heavier loads and inferior quality is a recipe for disaster”, said MOAS Head of Operations Ian Ruggier. “Rescue assets have had to deal with increased challenges. There is no doubt that the vessels are built to last a few miles to see people beyond Libyan territorial waters”.

As a result, it is almost certain that the true death toll is much higher than the recorded figure as it is highly likely that many boats sink without ever being reported. It is now more challenging for rescuers to spot all the boats being sent in one wave, and then manage to rescue everyone. There have also been incidents in which our crews have spotted vessels at night that had been at sea since the early morning, suggesting many other migrant boats may go unnoticed.

Over 30,000 people have already been saved since MOAS launched its first life-saving mission in 2014, and almost 19,000 have been rescued and assisted since June 2016 alone.

“Crossings in the Mediterranean will not be stopped by creating more borders or building walls and fences. There is no force based solution to migration. People will always find a way to come to Europe. There is an urgent need to manage the phenomenon rather than try to hide behind razor wire. For this to occur European leaders must stand up and be counted”, said MOAS director Pete Sweetnam.

MOAS continues to call for the creation of safe and legal routes to end the needless loss of life at sea and to guarantee protection and dignity for human beings in search of a better life.

MOAS is a search-and-rescue charity currently operating with two vessels, Phoenix and Responder, in the Central Mediterranean. The 2016 mission was launched on 6 June in partnership with the Italian Red Cross. The MOAS crews have rescued and assisted almost 19,000 people in the past 5 months alone.