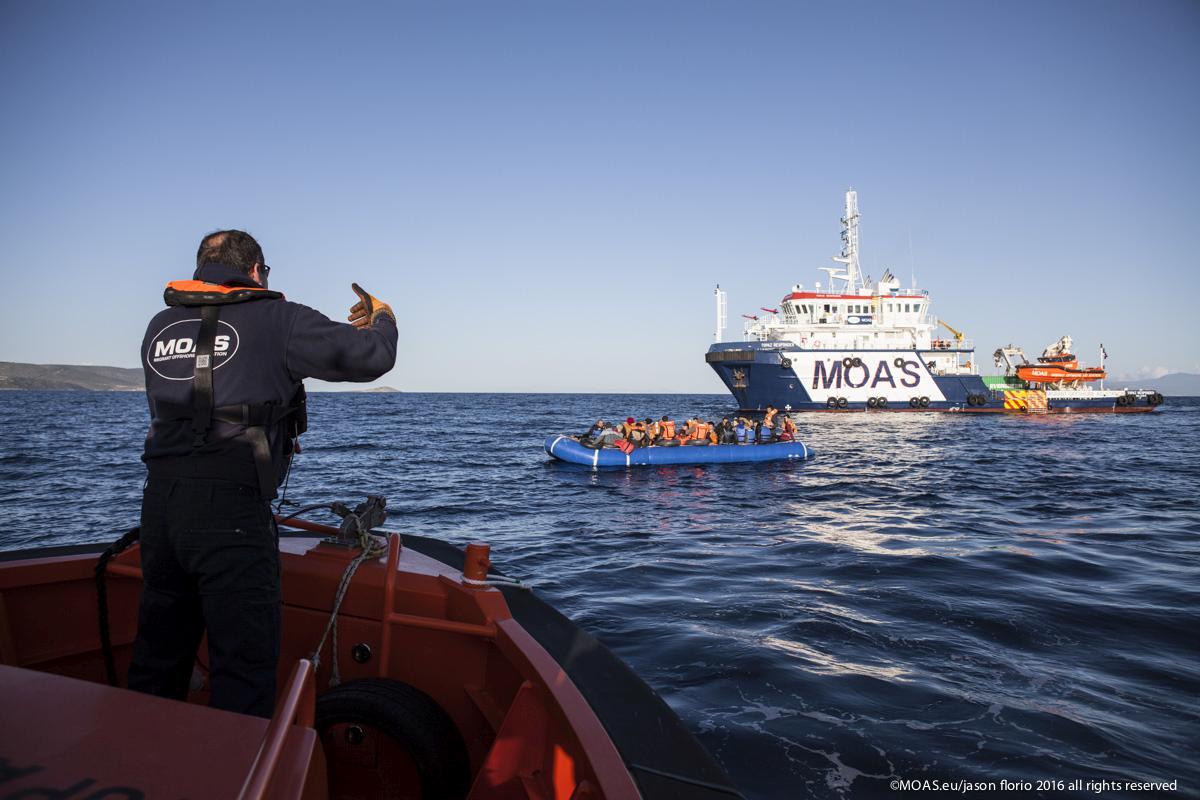 6 April 2016 – Search and rescue charity Migrant Offshore Aid Station (MOAS) has received the Special 112 Award by the European Emergency Number Association (EENA) for its work and outstanding achievements in preventing loss of life at sea.

The award was part of the annual 112 Awards Ceremony, organised by EENA and attended by approximately 500 guests who gathered to celebrate and support excellence in the European-wide emergency services field.

Martin Xuereb, Director of MOAS, said: “It is a real honour for MOAS to be recognised by our partners in the field of emergency services. We have always believed in the need for cooperation, so we dedicate this award to the volunteers and organisations, big or small, we have worked with throughout the years. Their work has been outstanding. MOAS has helped save over 13,000 people from the sea since 2014 and we hope the support we receive will enable us to keep saving more. What we know from our many days at sea is that no political wrangling will stop desperate families from trying to reach safety whichever way they can. We believe humanity owes these people at the very least, one thing: the right to life. And we believe this is a view shared among all emergency responders around the world.”

Seven (7) awards were given to a total of ten (10) winning organisations and individuals, in a ceremony that took place in Prague, Czech Republic.

The Special 112 Award was also given to Airbnb for its Safety Card update to inform travellers of 112 as the common European emergency number.

Launched in 2008 by the European Emergency Number Association (EENA), the 112 Awards Ceremony is the only pan-European awards ceremony in the emergency services field. This year’s event will take place in beautiful Prague on 6 April 2016.

EENA, the European Emergency Number Association, is a Brussels-based NGO set up in 1999 dedicated to promoting high-quality emergency services reached by the number 112 throughout the EU.

MOAS was set up in 2014 by Christopher and Regina Catrambone and has saved more than 13,000 lives to date. The NGO positions itself at sea in critical migrant routes such as the Central Mediterranean Sea, the Aegean Sea and the Andaman Sea.