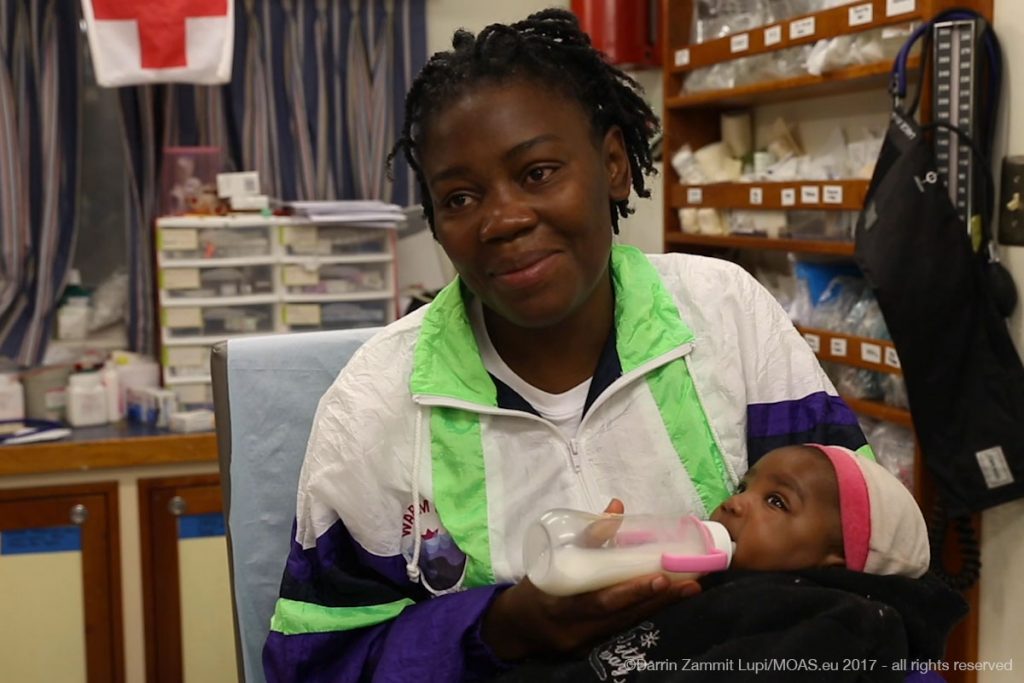 In the lead-up to Refugee Week 2017, MOAS celebrates this year’s theme ‘Different pasts, shared future’ by sharing the first-hand stories of people who have experienced forced migration. Today, we are proud to share Nadine’s story with you. She is a 22-year old woman from Cameroon travelling with her daughter Hope, rescued by the MOAS crew from the Central Mediterranean in May 2017. This is their story.

“After my father’s death, my older sister decided to travel, to change countries. She didn’t want to stay in Cameroon anymore, because my father’s death really affected her, so she decided to travel. At the time, we were living in Yaoundé in a room. She got a passport, as we have an uncle in the Netherlands, she told him that she wanted to leave the country. My uncle didn’t give us the necessary documents to travel, so she just left with me. She’s the one who raised me, not my mother. She told me we had to go on an adventure, and we hit the road – even my mother didn’t know. First, we went through Nigeria – at that time, there was Boko Haram, but we went through, and nothing bad happened to us. When we got to Niger, we didn’t have any money left, so we stayed there. In Niger she met a man, so she settled down there.

When I told my sister, she said ‘What am I going to tell them back home?’. My mother didn’t know that I was pregnant. ‘I’ve taken you out of the country, if I go back with you pregnant, she’s going to tell me that I’ve destroyed her daughter.’ I went to Libya because my sister told me about a route – she was the one who gave me this piece of advice: ‘There is one route, through which people get to Italy. I’m going to give you money and you’re going to go there.’ She told me ‘I can’t help you, I can’t afford it. I can’t send you back to our country either, because our mother will ask me what I have done to her child – ‘You took my kid with you then you bring her back being pregnant’’. She said ‘I have an idea, there’s a route that people often take to go to Europe, take that route and I will pray for you…’ 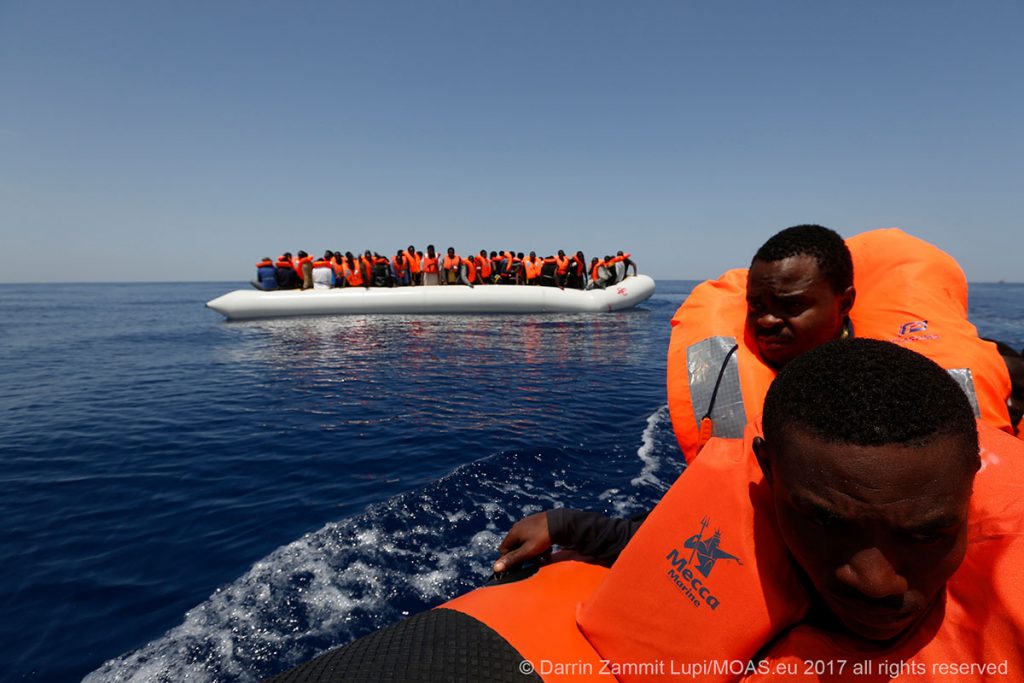 After spending a year in Niger with her sister, Nadine undertook the perilous journey through to Libya, as thousands of people do every year. Libya was her last stop before being put on an unseaworthy dinghy with her daughter and many others to attempt the perilous crossing.

In Libya, I was detained for months and months, then I had the baby. There was no help. When I was giving birth, I was screaming that I wanted to go to hospital. They told me ‘There is no hospital here. If we take you to hospital, you’ll be kidnapped on the way, put in prison and they will ask for ransom for your freedom. It’s better for you to stay here, as people already know you here.‘ My daughter was born in detention – no medication, no doctors, nothing. But there was a Libyan man who helped me.  When the baby was born, some of them – not all of them – took pity on me, they asked a woman in a shop for clothes, as there was a baby who was just born and had nothing. Her name is Hope, she was born on the 7th January. I gave her that name when I was still pregnant. I decided that when I was going to give birth, I was going to name my child Hope. But I didn’t know that I would have to suffer so much…

I wanted to go back home, but I couldn’t go back. This one time I called my sister, telling her I wanted to go back – ‘Please send me the money so I can get out of this place and go back’. She said ‘If you try to come back they will kidnap you. It’s impossible to go back, you’re in Libya now.’ With all that suffering, all I wanted was a place to escape to, to leave Libya… I needed to leave Libya no matter what. I didn’t want to stay in detention for my whole life with my child – who was going to help me?

To get from detention to the boat, the Libyans helped me, when they saw my suffering. They helped me and my daughter to get on the boat: I didn’t have to pay anything.

Before leaving Cameroon, I was a hairdresser – even when I was living with my sister, I was still a hairdresser. I’ve always wanted to be a beautician. If I could give a piece of advice to those thinking about doing this journey, I would tell them that adventure isn’t easy, it’s better to stay in your country. When I think back to what I was before I left… I was young, I was beautiful. Now look at what I’ve become… I’m not sure what awaits me in Europe, I was just told to go there. All I want is help.”