Amer, Ali, Loueth, Banna, Divine and Husain are just few of the over 33,000 men, women and children that MOAS has rescued and met on our ships in the last two and a half years. They are human beings, just like us; each of them with a personal story of survival, ambition, dreams, sorrow, adventures and misfortunes. Stories of people that have seen their lives endangered by wars, terrorism, poverty, hunger or natural disasters, and who have decided not to give up despite all this. They decided to risk everything by crossing the sea in desperate conditions, and to fight for a better life. 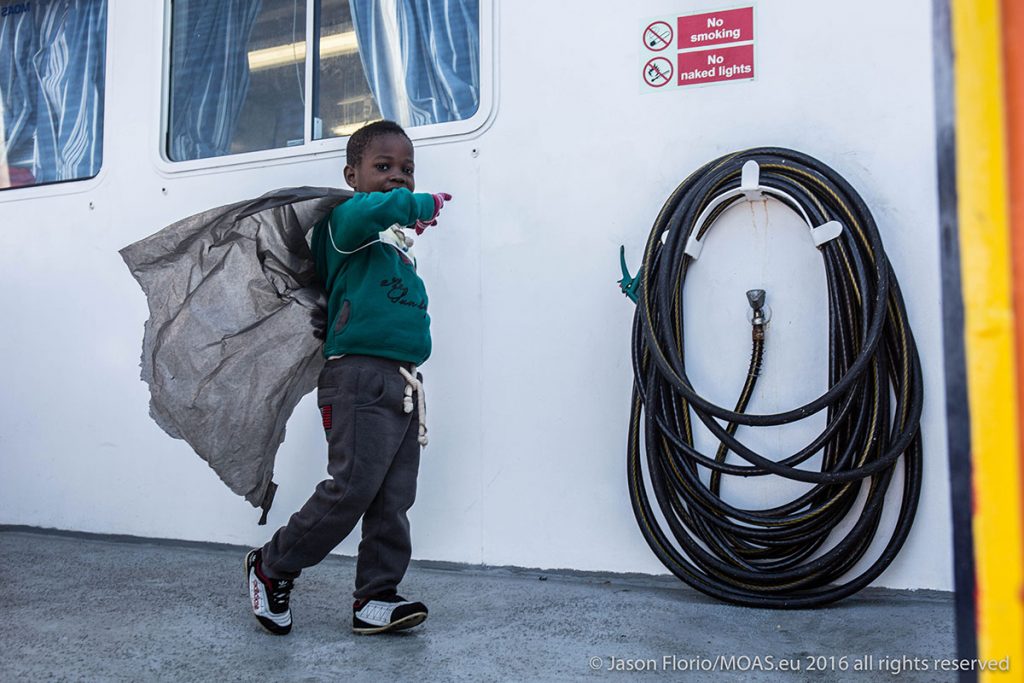 „When I grow up I want to be like superman. I want to help save my mother and all the people like us in the world. I didn’t like that boat, but I wasn’t scared. Look at me fly.“ 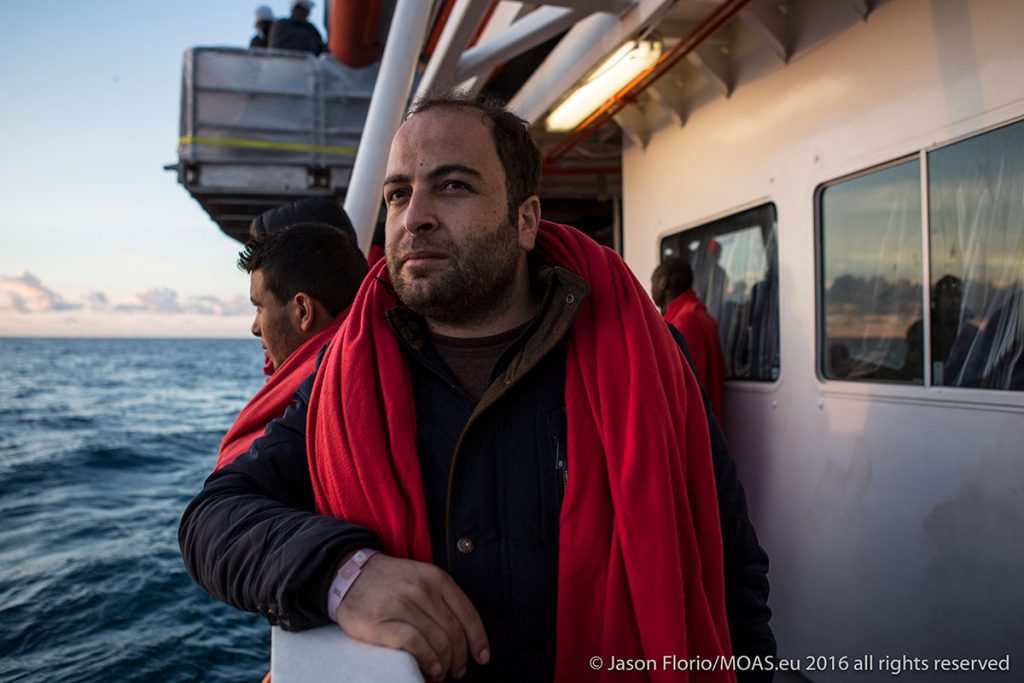 „I’m a lawyer, at least that’s what I did before the war. Every day, I would go to my office in the old city of Aleppo, my hometown. But everything’s destroyed now. I was on the front line of the revolution since the beginning. I am a human rights lawyer and I knew that what the regime was doing was just not right. I told international media what was happening in Syria and in my town, and for that reason the regime police caught me and I was held in an underground jail for two years. I’ll apply for asylum in Europe, and try to go to Germany where so many other Syrians have gone. I just want to be safe and live a normal life. When the time comes and we have the chance to build our country once again, I’ll go back to Syria. For now, that’s just not an option.“ 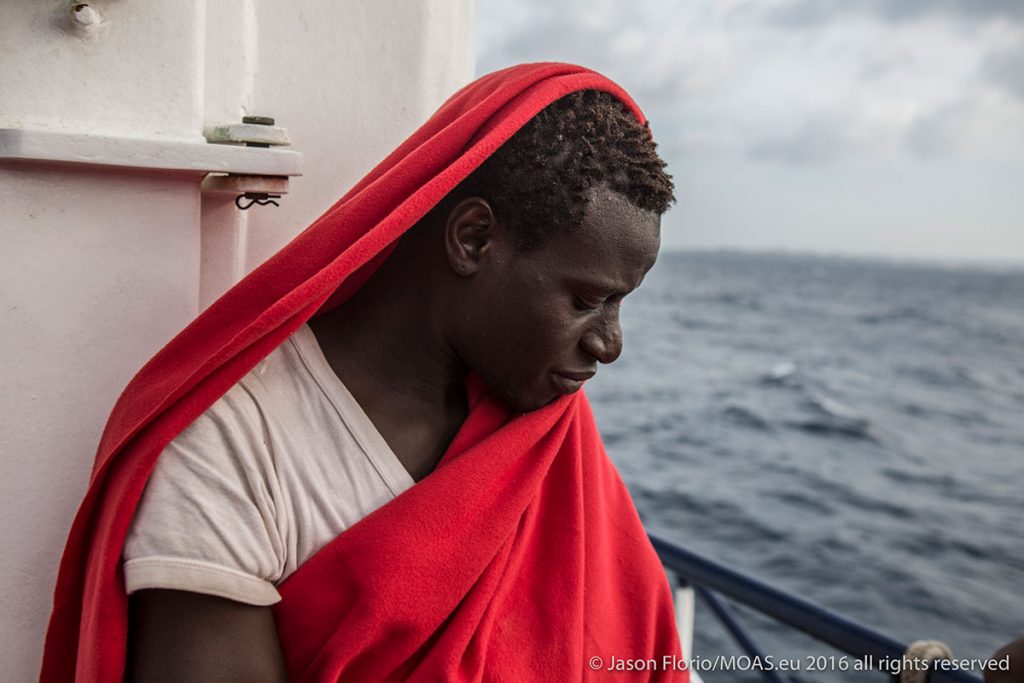 „I come from Sukuta, in The Gambia, and I am a student of fashion design. I left my country because I felt threatened, I felt unsafe. I could not express myself freely: the regime there persecutes people who are “different”. The Gambia’s president, Yahya Jammeh, once said he would “cut off the head” of any homosexual caught in the country; and he threatened to “kill” anyone who cited the persecution of LGBTQ people as a reason to seek asylum abroad. That’s why I was afraid of fleeing my country. I hope in Europe I will find my place, and I will be free to be myself, with no threats, no fear, just hope.“ 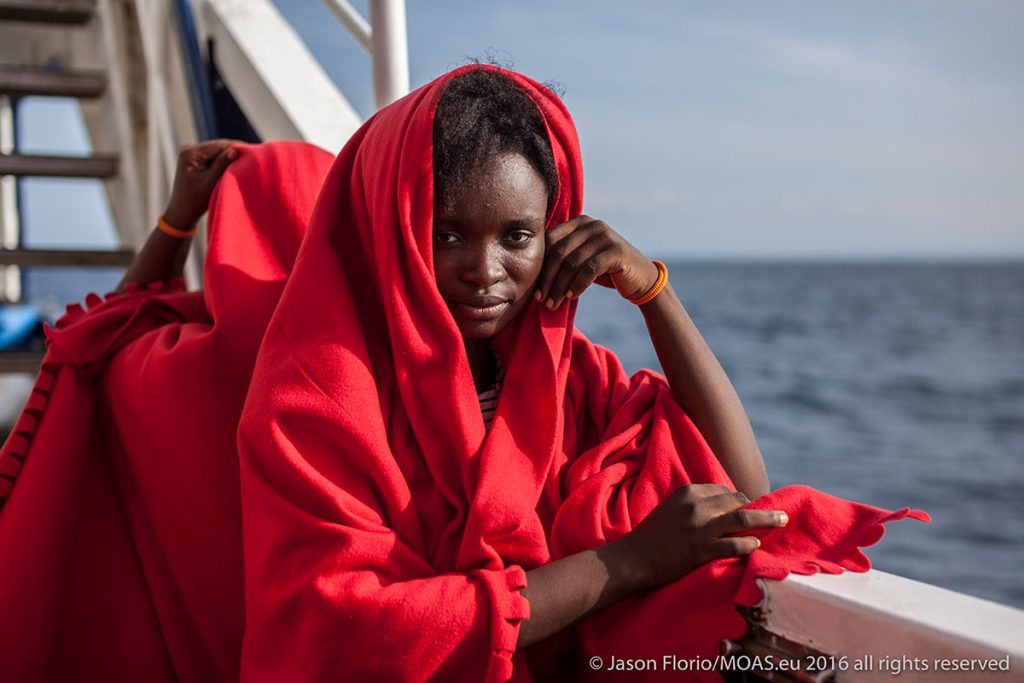 “Since I was a child, I used to sing in the church. I come from the Urhobo tribe, and I am an expert in our traditional dancing. Singing and dancing is just what makes me feel happy. I was studying Business Management, but I did not have enough money to finish my studies. A friend of mine sponsored me to go to Europe to finish my studies. I left my daughter behind, Merit, she is only 4. I left her behind because I didn’t want to risk her life in the journey. I want her to join me once I’ll be in Europe. I first tried to cross from Libya in 2015 but the coast guard stopped our boat, and I was imprisoned. I spent a year and a half in prison. I was held for ransom. I haven’t spoken to my daughter in 9 months. Once my family paid the ransom, I tried to cross the sea again, and now here I am on this ship. Safe.” 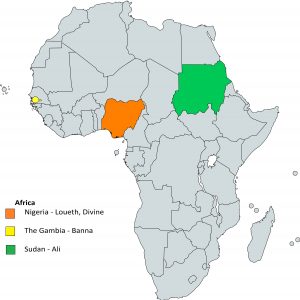 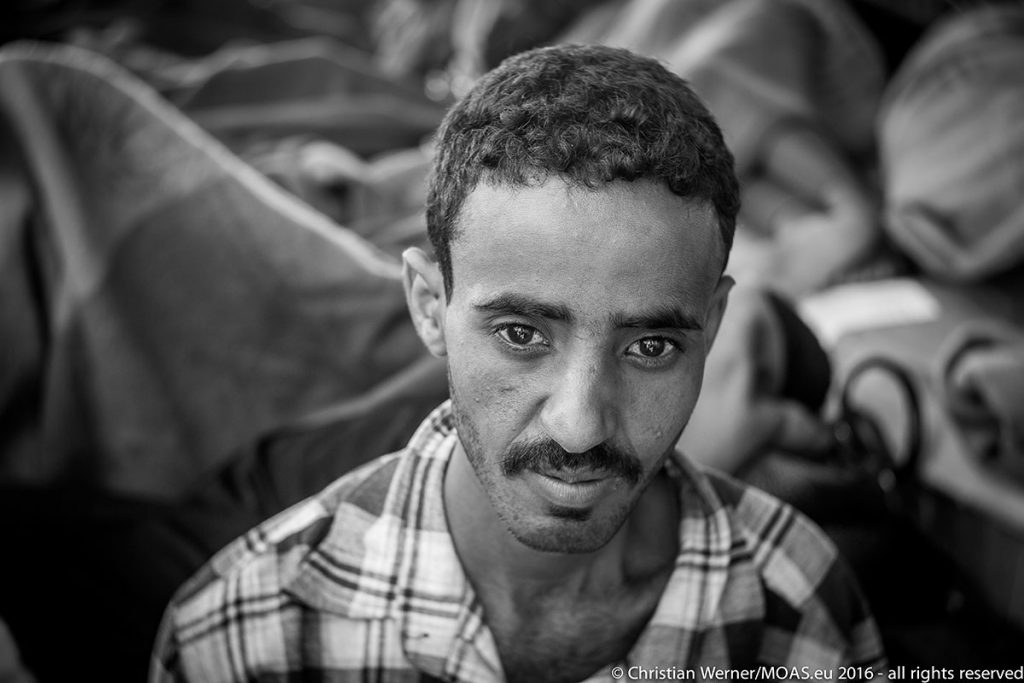 „Two years ago I left Sudan to seek freedom. There, the government is suppressing us: if you speak out your ideas they catch you and imprison you. I tried to reach Europe, but I was caught in Libya and enslaved by some militia groups. I was forced to do hard construction works. With the little money I managed to make, I paid a smuggler for a place on a boat. It was my last and only chance. For days before taking the boat, I was kept in an empty house near the beach with 40 other people or so. We were kept like animals. I survived the crossing. Now I am safe and I am alive. My dream is to go to England. My dream is to continue my studies. One day I want to go back to my country. Only through education can we attain more freedom in Sudan.“ 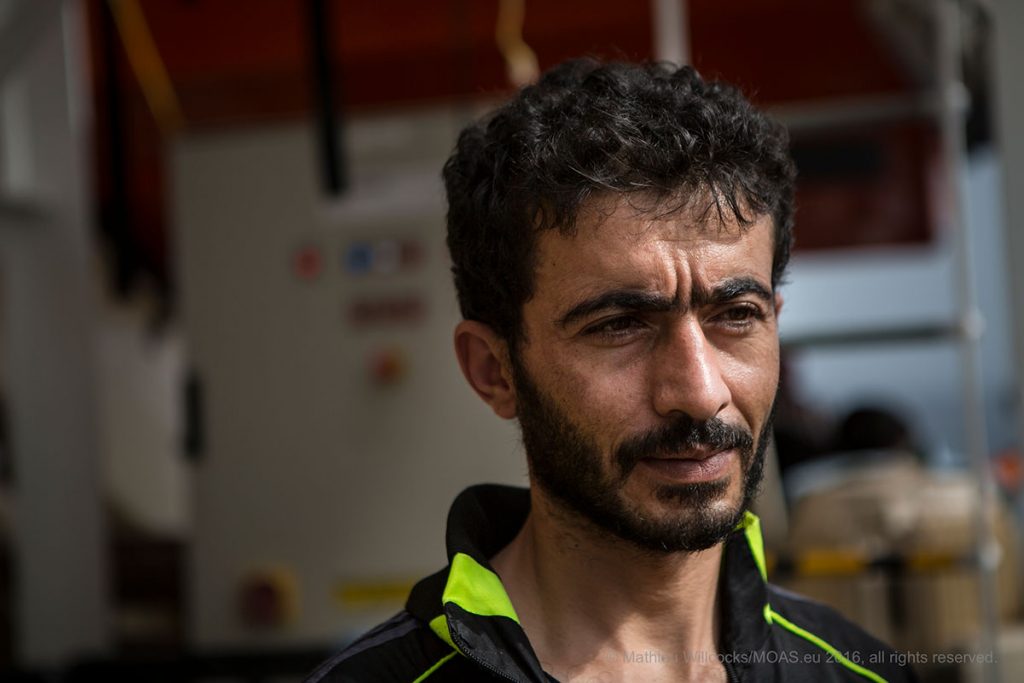 „Every morning I wake up hoping that my children are still alive. I left Idlib, my hometown in Syria, in 2015. An offensive was launched by the rebels in early spring that year and the situation had become unbearable. Leaving my family behind was the hardest decision I have ever had to make, but it is also a decision I have thought through very carefully. In Syria there is only destruction and suffering. I know I risked my life on that rubber boat, but it was the only way to reach Europe and apply for asylum. My only hope now is that I can soon bring my wife and my children to safety.“ 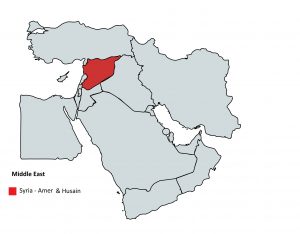