MOAS Photo Stories: The Crew and the Passengers

In this blog series, we have pulled together four series of photo stories that reflect different aspects of our search and rescue missions. Here, we have collected images of the moments of humanity and care that pass between our crew and our passengers once the strict procedures of our rescue operations are behind them. 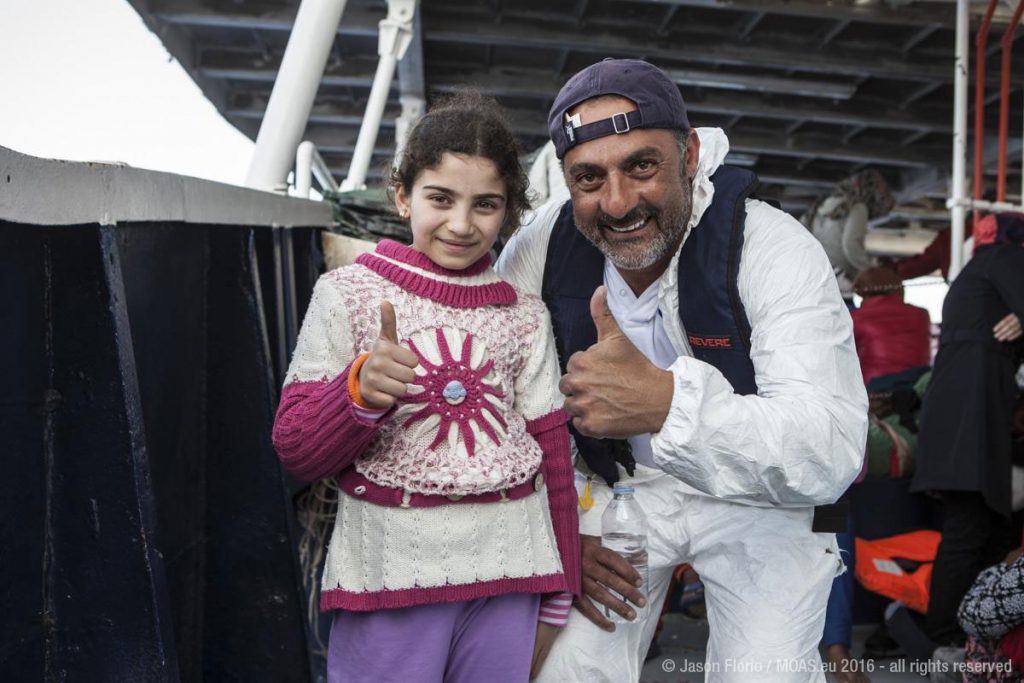 May 14th 2016, Central Mediterranean
Mimmo, one of our fast rescue launch drivers who has been with MOAS since our operations began, with a young Syrian girl. She had been part of a rescue mission in which the Phoenix crew assisted a wooden boat carrying 561 people. 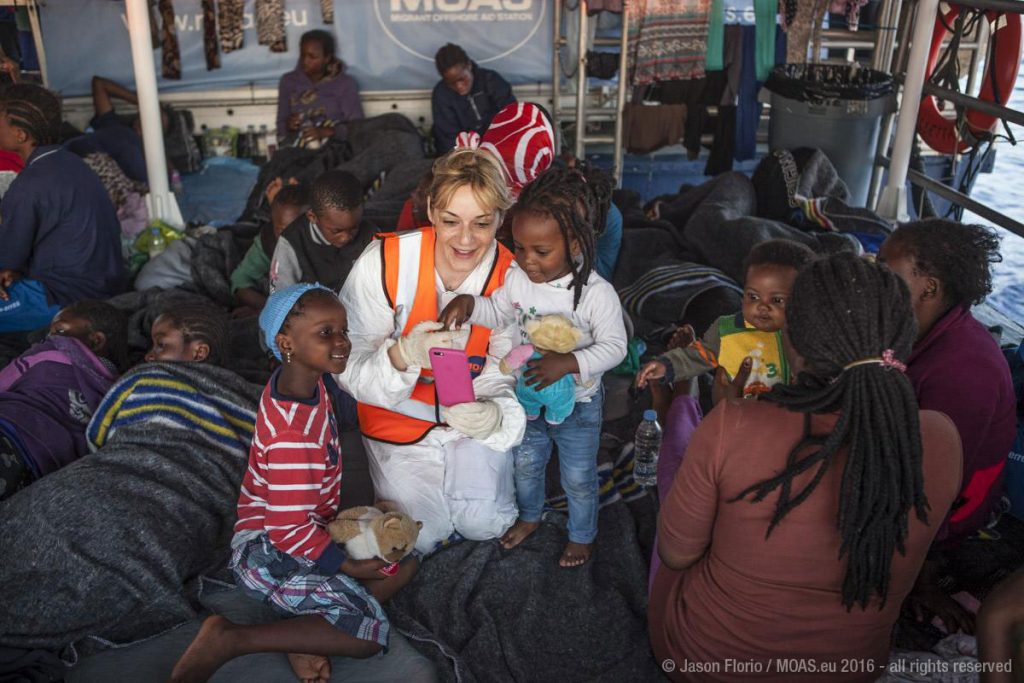 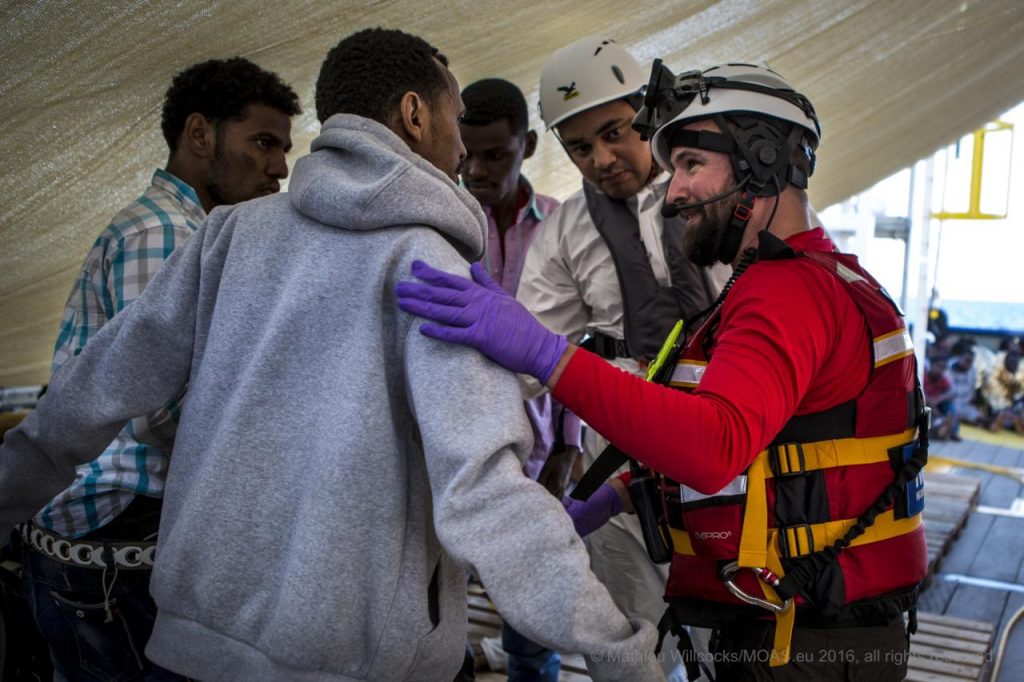 June 8th 2016, Central Mediterranean
MOAS rescue swimmer and able seaman Nick with a group of young men coming to terms with the dangers they had just faced. 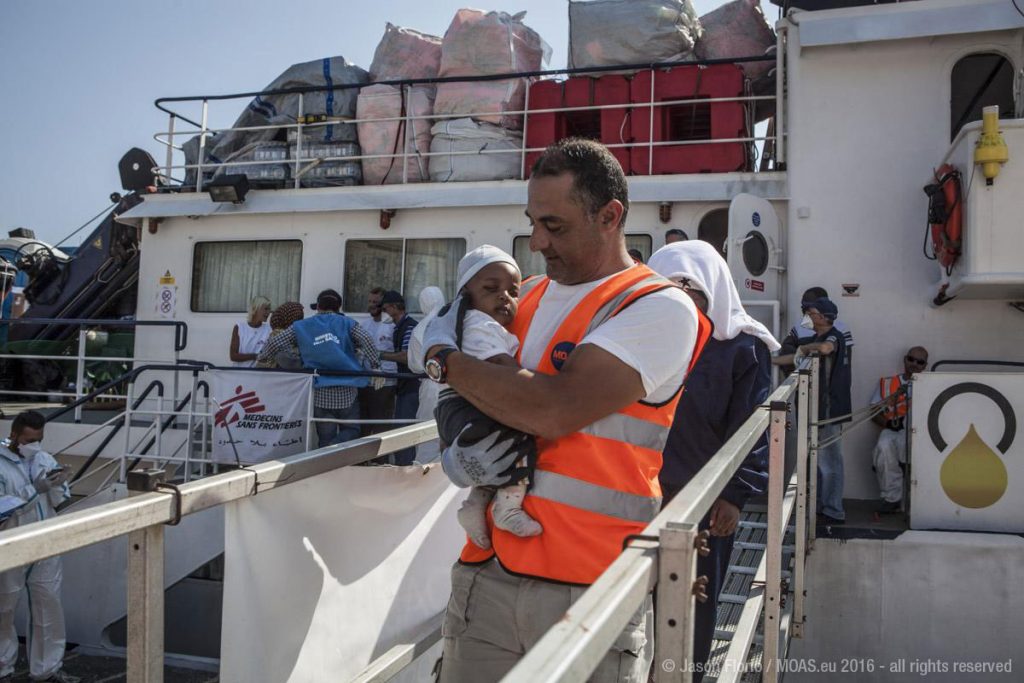 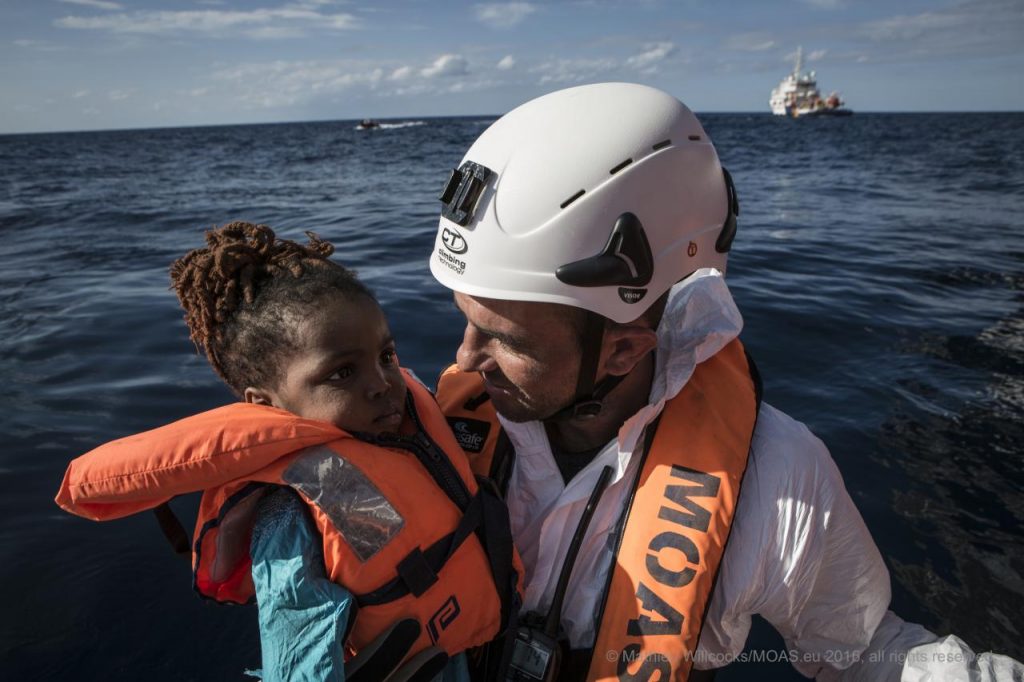 November 13th 2016, Central Mediterranean
Treasure, a 1-year old girl from Niger travelling with her mother and aunt, was at first unsure what to make of Pedro… 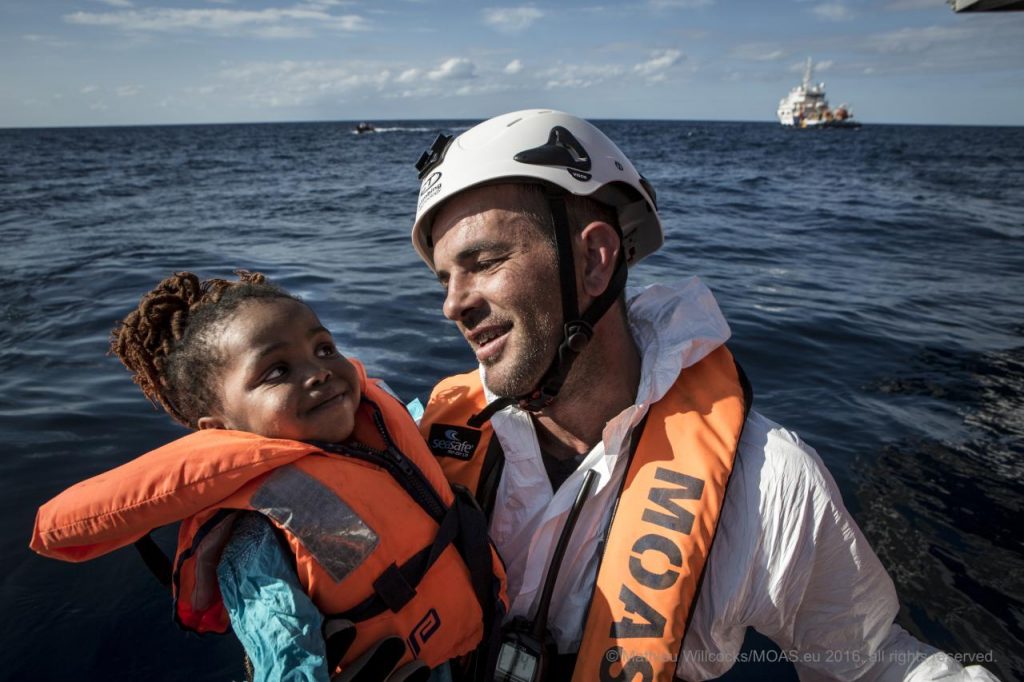 But he quickly won her over.