In this blog series running throughout December, we have pulled together four photo stories that reflect different aspects of our search and rescue missions. For this story, we have collected images of migrant vessels that are left eerily empty once our SAR crews have pulled their passengers to safety. 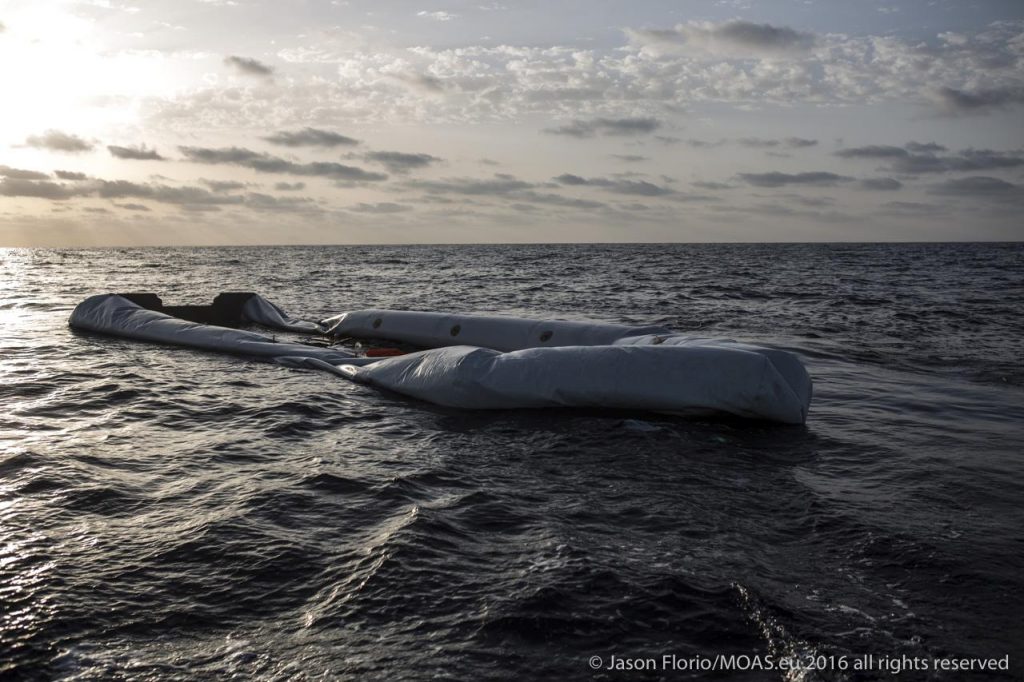 November 3rd 2016, Central Mediterranean
A rubber dingy which had been carrying around 150 people slowly deflates post-rescue. In that day of operations alone, the Phoenix crew rescued and assisted 427 people from similar vessels.

November 3rd 2016, Central Mediterranean
A MOAS able seaman makes final checks on board a small wooden boat that carried 28 Bangladeshis. Having originally travelled to Libya with work visas, they had been trapped in the country since the outbreak of its civil war.

June 29th, 2015, Central Mediterranean
This wooden boat had carried an incredible 341 people, who were pressed together on deck and in the hold.

The view below the deck of the same wooden boat, showing the terrible conditions the passengers had endured as water and fuel began to flood the hold. 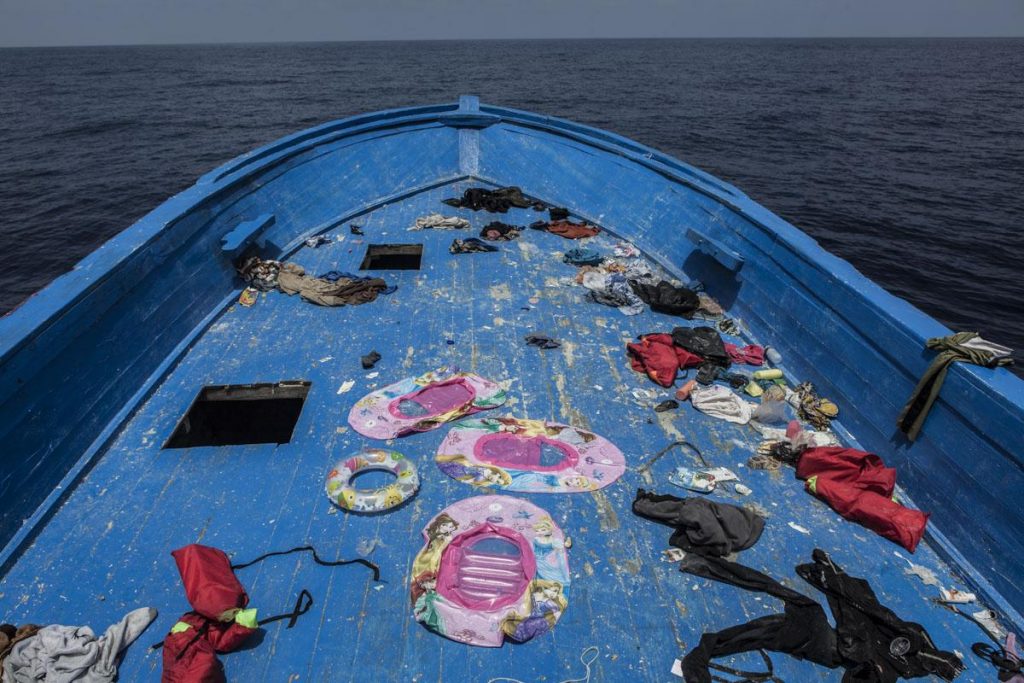 June 29th 2015, Central Mediterranean
Children’s Disney floats – designed for much happier occasions- lie abandoned among other belongings discarded during a rescue operation. They are intended as a last line of defence between the children and the ocean by desperate parents on board.

May 7th 2015, Central Mediterranean
118 people were pulled to safety from this leaking fishing vessel, designed to carry 3 or 4 people.