International Day of Prayer and Awareness against Human Trafficking

International Day of Prayer and Awareness against Human Trafficking

Today is the first International Day of Prayer and Awareness against Human Trafficking, a day in which we remember the victims and survivors of a crime that the UN has identified globally as ‘the fastest growing means by which people are enslaved’. MOAS also calls for increased awareness of and action against what Pope Francis has called a ‘crime against humanity’.

In honor of this day we take an opportunity to look at the characteristics of trafficking, its relationship with the widespread human smuggling that has come to define the migration phenomenon, and present some case studies of trafficking that our crew have come across during our time at sea.

According to international law, human trafficking is a crime that includes three elements:

People are trafficked for many exploitative purposes: for forced labor, sexual exploitation, forced marriage, removal of organs, forced begging, for use as child soldiers, and the sale of children, and can occur both within a country or across borders.

This phenomenon affects almost every country in the world, be it as a country of origin, transit or destination. According to the UN, victims from at least 127 countries have been found to be exploited in 137 countries with 51% of victims being women, 20% are girls, 21% are men, and 8% are boys. UNICEF estimates that 1.2 million children are trafficked every year.

In the absence of safe and legal routes many of the people MOAS rescue rely on people smugglers, paid to assist them access routes across Africa and the Mediterranean, to reach safety. According to the UNODC, migrants and refugees who have been smuggled are particularly vulnerable to traffickers, in part because the high costs associated with the journey as well as the irregular movement of people, leaves them extremely vulnerable to extortion and being held for forced labour.

Abigail, a 19 year old student from Delta State, Nigeria, was tricked into following a man she knew to Niger by the promise of work and the opportunity to study to be a nurse. There, he sold her, along with 30 other people. She said many of the girls were sold into a ‚Connection House‘ (brothel), while she was taken to Libya and held in a camp with 150 others for ransom. Abigail was released after her sister paid the 600 Dinar demanded, before travelling to Sabratha where she was smuggled onto one of the migrant vessels that would later be rescued by MOAS. 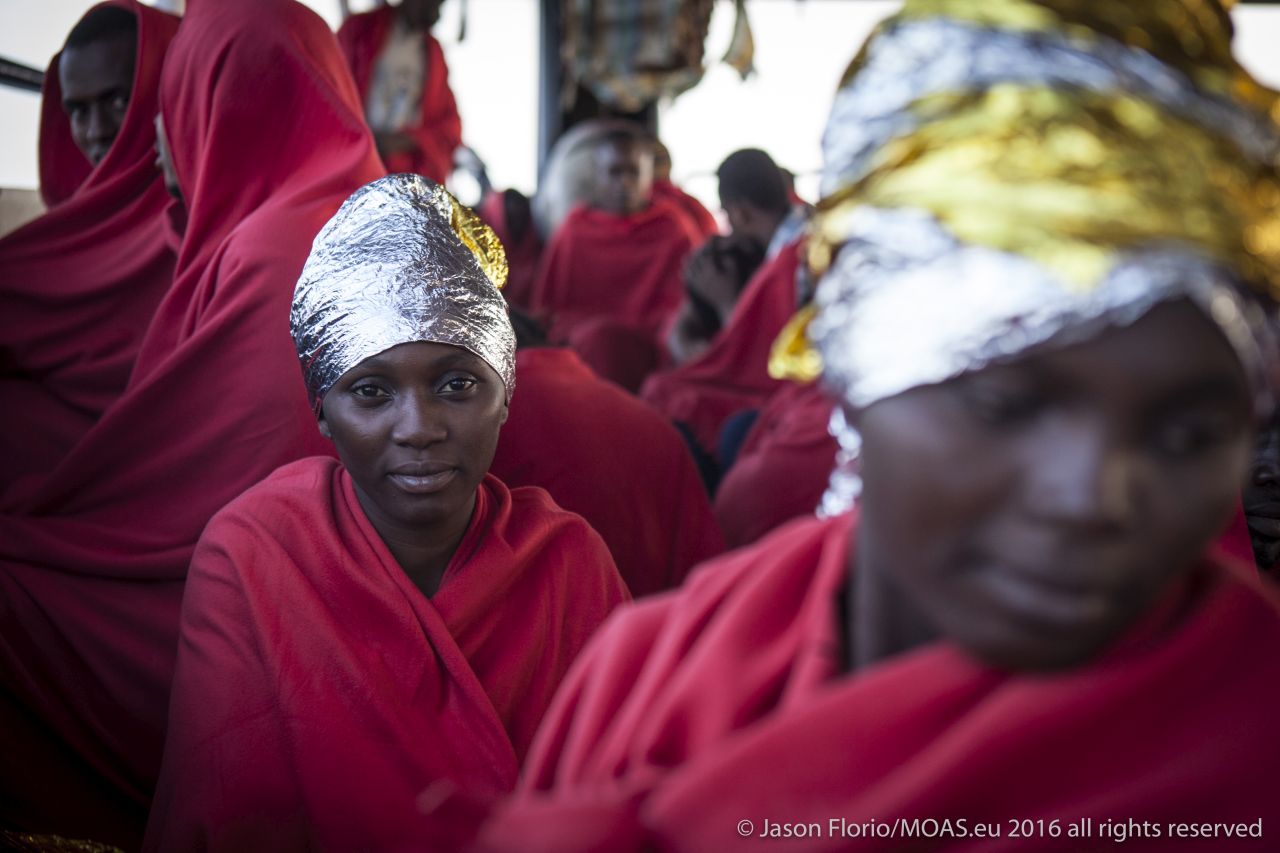 Murielle, aged 16, is from the Ivory Coast and was kidnapped just after she entered Libya when she was 13. Her uncle and aunt, who she was travelling with, were shot in an ambush, and she was abducted by a militia. She was held captive and sexually exploited by the commander before eventually escaping with the help of fellow Ivorians, who collected money to pay for her journey to Libya and eventual passage across the Mediterranean. 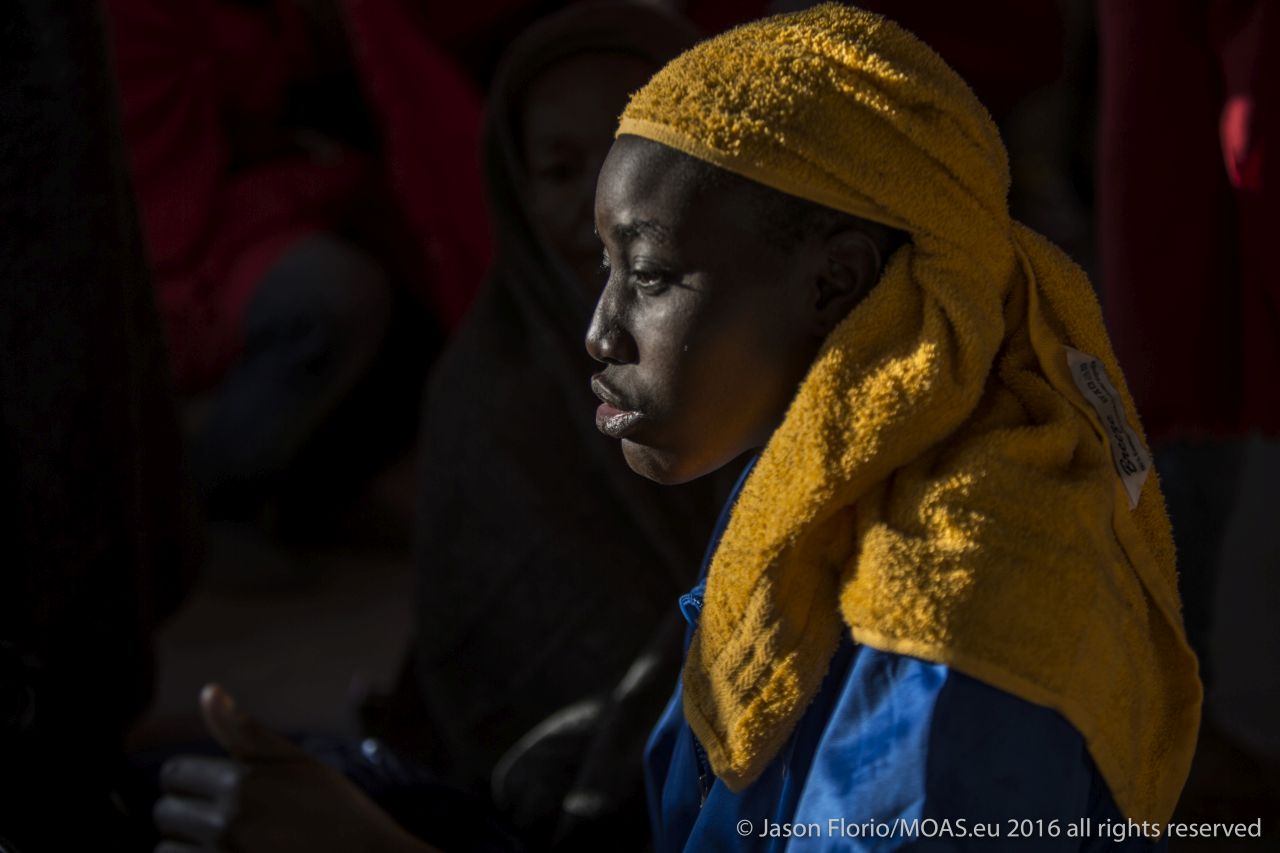 Having had to give up on her dream of attending university to study journalism when her mother fell ill, Promise travelled from Nigeria to Libya with her young daughter. Her initial hope was that in Libya she would find her sister, who had been trafficked to Tripoli a few years previously. While in Libya, Promise was hit in the leg by a bullet and, unable to access medical treatment, her condition deteriorated to the point that she had no choice but to attempt to reach Europe to seek medical treatment. While on board, her passion for journalism was clear to our crew. Her dream was to use research and advocacy to find ways to combat the sex trafficking of underage girls, a motivation closely linked to her own experiences and unanswered questions surrounding the fate of her sister. 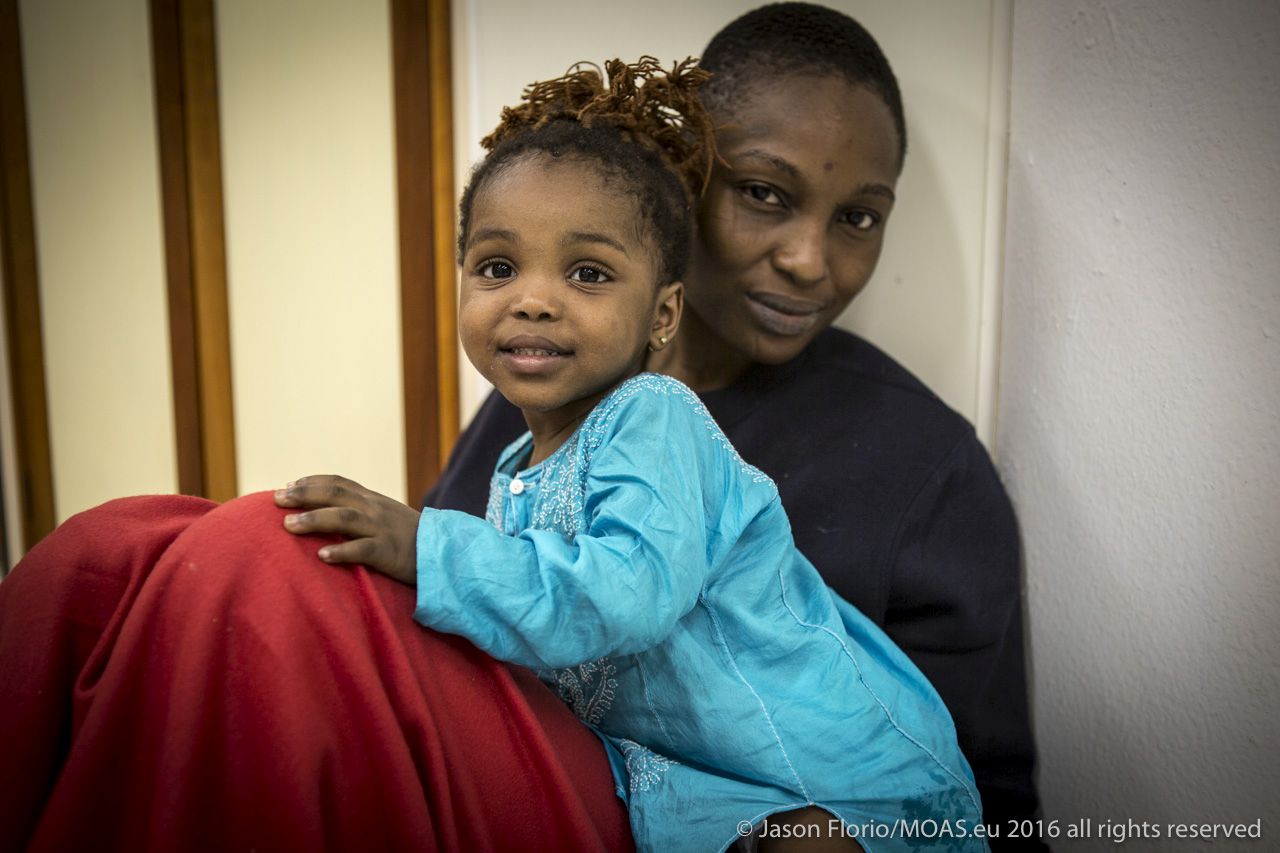 On this day, we remember the strength of women like Abigail, Murielle and Promise, and the countless others their stories represent.