Why we are still at sea 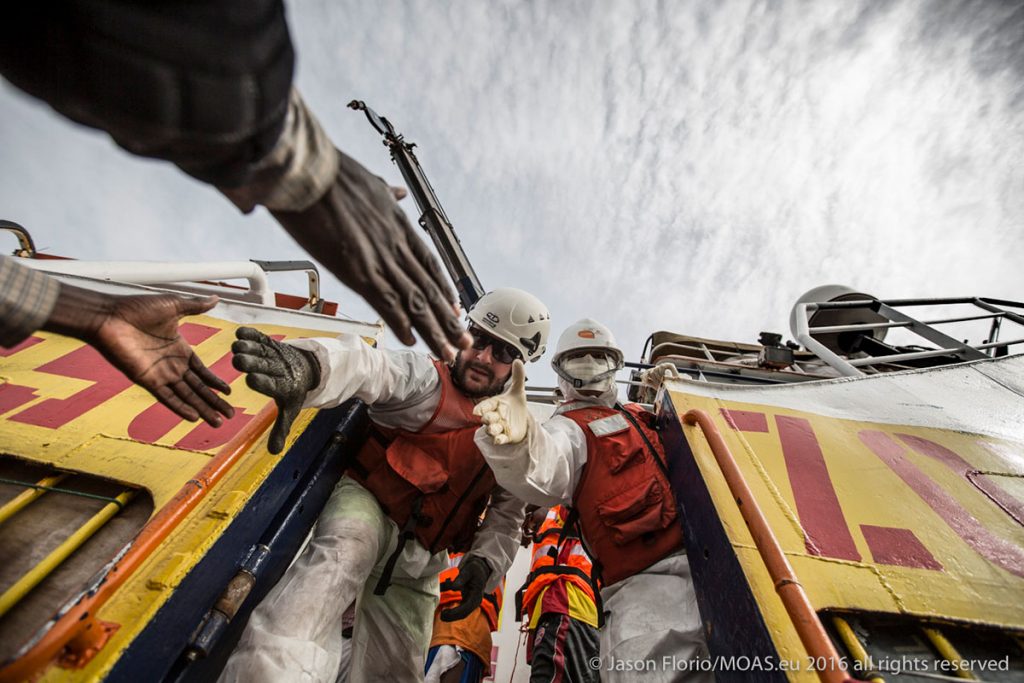 In light of the many changes at sea over the past weeks and months, MOAS has been asked a lot of questions about our decision to keep our mission at sea. Here, we set out our perspective and our determination to continue.

Search and rescue (SAR) NGOs in the Central Mediterranean have been very much in the spotlight, as sections of the media and politicians have focused attention on our efforts to save lives at sea. In this context, and in response to the continuing crisis in the Mediterranean and the pressures Italy has been facing in welcoming those who survive the dangerous crossing, in early July the European Commission set out a series of measures to be taken by the EU Member States, the Commission and EU Agencies, and Italy. Among the measures was the Commission’s commitment to provide financial support to build the capacity of Libyan authorities, as well as channelling funds to assist in Italy. Italy itself was instructed to draft a Code of Conduct for NGOs carrying out search and rescue in the Mediterranean.

Human rights organisations, as well as the SAR NGO community itself, raised concerns about the potential impact a Code would have on NGO’s capacity to save lives. However, the Code was drafted in cooperation between the Italian Government and the SAR NGOs, and most of the requirements in the final document serve only to formalise operational practices that MOAS has undertaken since our first mission in 2014, while we feel other requests, although not always in line with MOAS’ non-governmental and humanitarian ethos, do not infringe on our ability to provide rescue services to those who are in desperate need.  To read our Founder’s statement regarding MOAS’ decision, click here.

While we are concerned about the importance placed on border control and de-prioritisation of humanitarian activities in the EU’s approach, we reached our decision to sign the code with the same reasoning that led us to launch our operations: that no one deserves to die at sea and that someone needs to be present to assist those desperate enough to attempt the crossing. Our mandate has always been to mitigate the loss of life at sea, and if signing the Code was the only way to remain present and continue our mission, that is what we needed to do.

In the weeks since we signed the Code, the situation in the Mediterranean has become ever more complex.  Concerned for staff safety, some SAR NGOs have suspended their missions following indications from the Libyan Navy that SAR ships must stay outside of the search and rescue area in the waters off Libya. Nevertheless, cognisant of the reduced SAR capacity at sea, MOAS has taken the decision to continue our mission. We have always recognised that there are risks in our operations and we are determined to continue.

This week has made it clear how sorely-needed our operations continue to be. On Wednesday 15th August, MOAS conducted a rescue of 111 people, mainly Sudanese children, women and men fleeing protracted conflict and discrimination. Among them was a single mother travelling with her three young sons, the youngest of whom had had a gun placed to his head in Libya in an attempt to extort money from his mother. 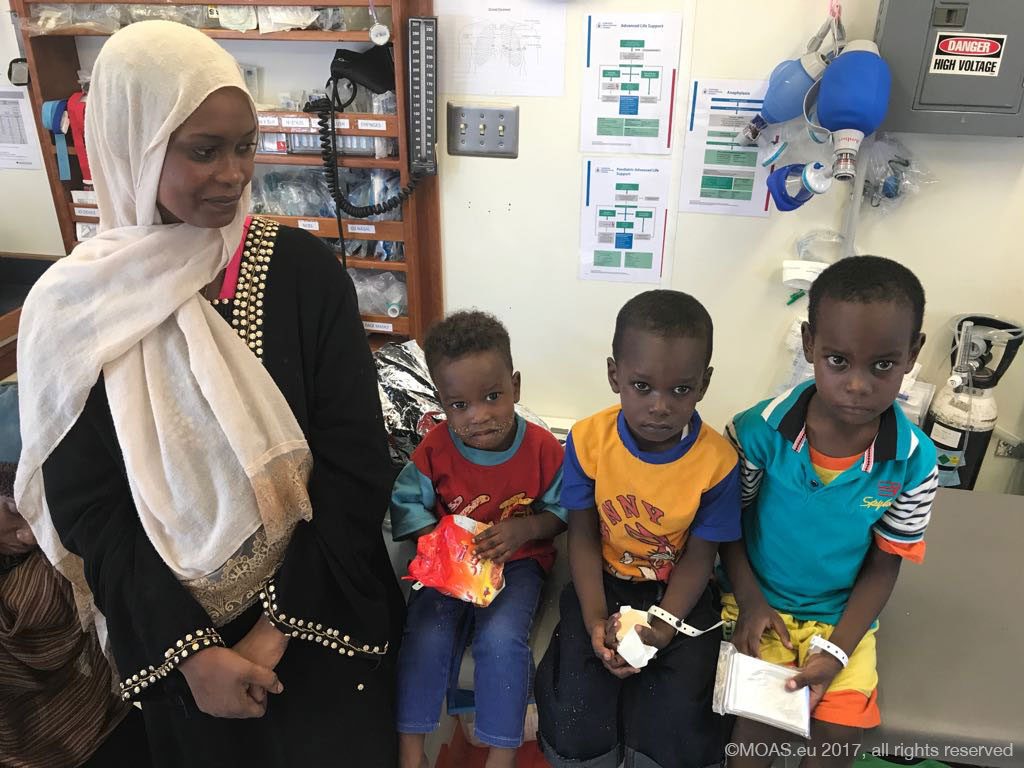 This week has also seen new protocols, as set out in the Code, come into action. When on the 17th August the MOAS maritime patrol aircraft spotted a packed rubber dinghy, as per usual protocol MOAS alerted the Maritime Rescue Coordination Centre (MRCC) in Rome first, who in turn instructed MOAS to contact MRCC Tripoli, under whose responsibility the rescue operation occurred. When contacted, MRCC Tripoli told MOAS to launch the rescue mission and stabilise the situation. The Phoenix crew then launched its fast rescue boat and distributed life jackets as well as water to all on board.

In the meantime, MRCC Rome notified MOAS of a second rubber vessel that was spotted 13 nautical miles away, this time carrying 104 people. At this time, MRCC Rome coordinated with MRCC Tripoli, and agreed to coordinate both rescues. The Phoenix was then instructed to continue its search and rescue missions and take everyone on board. Among those rescued were a baby, just 23 days old, and a single father from Morocco travelling with his 3 children. The MRCC in Rome then instructed the crew to transfer all those on board to the Proactiva Open Arms ship, which then headed north to disembark its passengers in Italy.

Today, the Phoenix is in Pozzallo to disembark a further 26 people transferred to us from an offshore supply vessel. The Phoenix will then take shelter from impending bad weather, before heading back to the SAR zone as soon as it is able. As an independent and apolitical humanitarian organisation, our primary concern is ensuring that we can maintain our life-saving operations. Despite the best efforts of everyone at sea, so far this year 2244 people have died attempting to cross the Central Mediterranean. Now, more than ever, MOAS must continue to assist those in need. Our motto is and will always be that no one deserves to die at sea.

Help us save more lives by donating what you can or fundraising for us on our fundraising platform. If you’d like to learn more about our mission and the story of MOAS, you can watch a documentary on our work here. Finally, if you would like to be kept up- to-date on our operations and get news on migration from our communications team, sign up for our newsletter at the bottom of this page or follow us on social media.