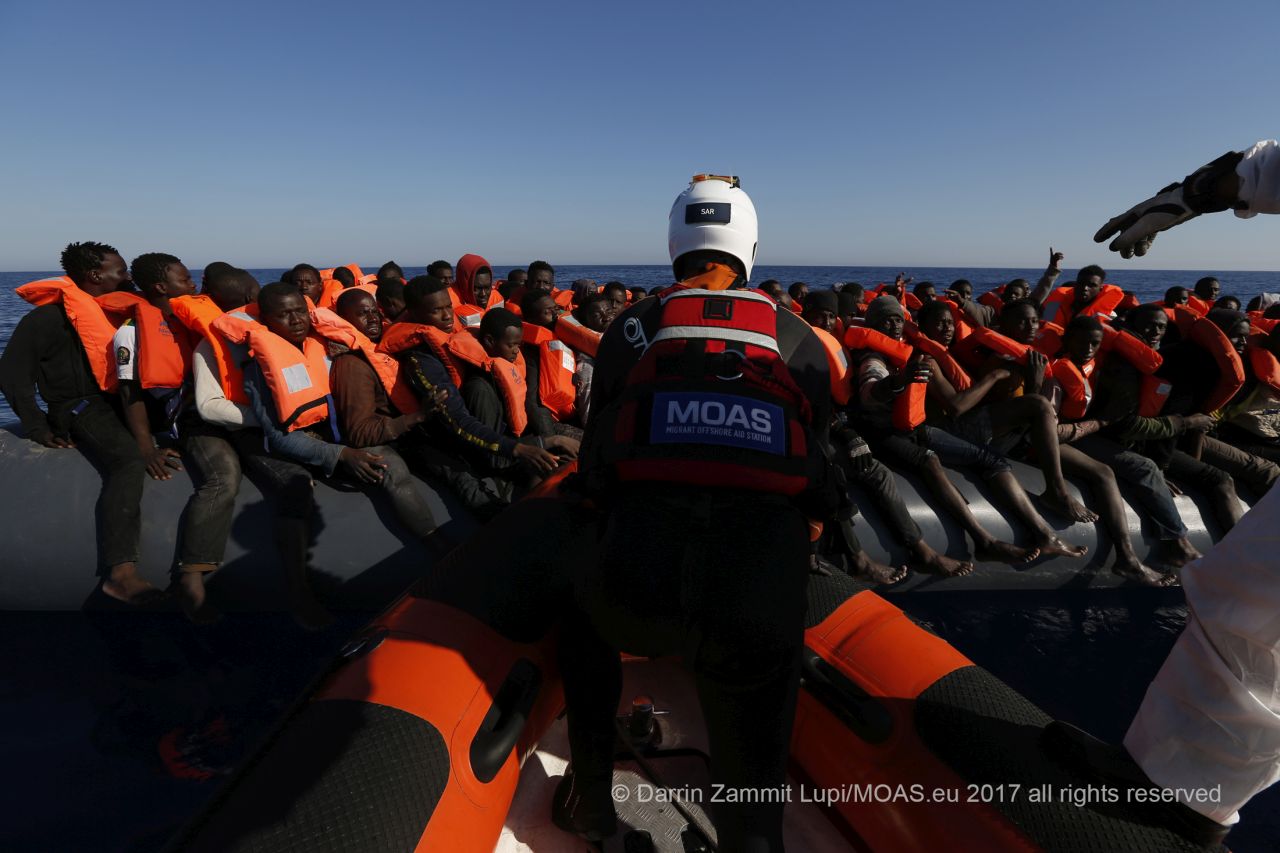 On 4th May, representatives from the MOAS management team made themselves available for hearings at the Italian Parliament in Rome. MOAS was present at the invitation of the Schengen Committee of the Italian Parliament and the Defence Commission of the Senate to inform the members present on MOAS operations in response to mass migration in the Central Mediterranean and its role as a search-and-rescue (SAR) NGO at sea.

The questions raised addressed many misconceptions and accusations that have been made recently, both in the media and on the political stage, about our organisation, the work we do, our funding mechanisms and the legal framework within which we operate. We approached the hearings with the same ethos of transparency and cooperation that we have always maintained in our collaboration with national and EU agencies, the media and our donor community.

When questioned about why all our disembarkations are carried out in Italy, and not say, Malta or Tunisia, our representatives explained that MOAS is not the decision-maker in this process. The Maritime Rescue Coordination Centre (MRCC) in Rome has assumed de facto responsibility for the coordination of rescue efforts in the area of operations. Therefore, it is MRCC Rome’s role to allocate ports of disembarkation.  It is also MRCC Rome’s role to coordinate actions with other national coast guard agencies where needed. We have never approached the Tunisian or Maltese rescue coordination centres first because this is not the accepted protocol as laid out by the MRCC Rome.

Questions of a political nature, regarding maritime SAR protocol, asylum law and so on are best placed to the authorities and European leaders who create and enforce them. MOAS cannot answer as to the decision-making processes of national agencies or European policy makers.

Our representatives were also asked whether we collaborate and cooperate with the Italian authorities or Frontex in our daily work. MOAS discloses detailed mission reports to authorities at every port of disembarkation. These reports include a sequence of events in time and space, and detail instructions received from MRCC Rome in relation to each rescue activity that MOAS undertakes. Once at the directed port of disembarkation, MOAS engages with all on-scene actors such as immigration police, healthcare officials and other land-based NGOs.

The team was also directly asked whether MOAS had colluded or conspired with human traffickers to facilitate rescues. MOAS categorically denied the allegation, stating there has never been any collusion or collaboration of any form with smugglers undertaken by MOAS at any time.

Our representatives also replied to a line of questions regarding our financial mechanisms and the origins of our funds. It was explained how the proof of concept operation carried out in 2014 was funded by our founders. Following this, as from 2015, MOAS has relied on private donations to be able to operate. These are made up of a variety of sources, primarily being small scale donations, high net worth individuals, post-rescue care partners, corporate donors, institutional grants, third party crowdfunding campaigns, and grant foundations. Our financial statements are audited by one of the big four accounting firms, PwC, and these are all available on our website as part of our annual return.

Throughout the past weeks, the MOAS team has invested a large part of its time and resources to answering all the questions posed to them. Our focus must now return to our humanitarian efforts at sea. It is abundantly clear to all involved that maritime search-and-rescue is not a solution to the complexities and challenges presented by the mass migratory phenomenon. It is for this reason that MOAS has consistently advocated for safe and legal alternatives to be found. However, as a humanitarian organisation, as long as lives are at risk we feel an obligation and responsibility to be present to prevent that loss of life to the extent of our abilities.