Saving lives and protecting human rights: Why safe and legal routes are needed for refugees 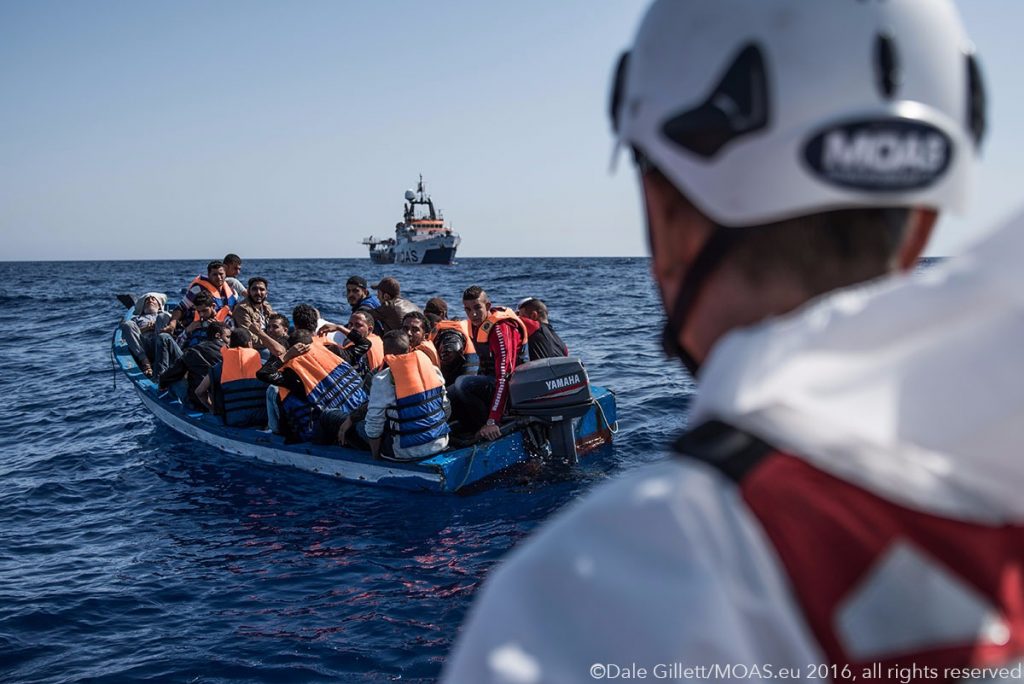 In recent years, thousands of refugees – including large numbers of children – have drowned at sea while trying to move from one country to another by boat.  Others have lost their lives while crossing deserts in overcrowded trucks or trekking on foot through impenetrable forests and mountain ranges. Those who have been fortunate enough to survive their journey have often endured terrible and traumatic experiences, including rape, torture, slavery, detention, extortion and exploitation.

So why do refugees take such risks?

First, because they are desperate to escape from persecution, armed conflict or political violence in their homeland, or because the countries to which they have initially fled are also unable to provide them with safety and security.

Second, because states across the globe have made it increasingly difficult for refugees to cross international borders in a regular manner, obstructing their movement by means of visa restrictions and frontier fences, as well as the deployment of armed forces, the police and vigilante groups. At the same time, many of the world’s most prosperous countries have struck deals with poorer countries that are paid to obstruct the departure of refugees or to intercept and return them should they try to move on.

Third, because the refugees who make such difficult and dangerous journeys do not always know the full extent of the horrors that await them as they set out to reach another country. In many instances, moreover, they are the victims of unscrupulous human smugglers and traffickers who have provided them with false information about their journey and offered them unrealistic hopes with respect to their future.

It does not have to be this way. The lives of many refugees could be saved and their human rights better protected if a concerted effort was made by governments, NGOs and civil society to provide them with safe and legal routes to asylum, or ‘complementary pathways’ to use the term coined by the UN’s refugee agency.

Such routes and pathways could assume a number of different forms.

Refugees who are particularly vulnerable or who find themselves in unsafe countries of asylum should be offered the opportunity to move on to other locations by means of resettlement programmes, sponsored either by governments or by local communities and associations.

At the same time, family reunion initiatives should be expanded, allowing refugees – especially children who find themselves without an appropriate adult guardian – to join close relatives who have already made their way to another country.

Humanitarian visas and humanitarian corridors represent another means whereby refugees can travel in a safe and legal manner. With respect to the former, individual refugees and families should be offered an opportunity to explain why they are unable to remain in their first country of asylum, so that they can be given the travel documents needed to lawfully enter another state.

In terms of the latter, faith-based organizations, NGOs and the UN should assume the role of intermediaries, negotiating the relocation of refugee groups from countries which lack the capacity and resources to support them effectively to those better equipped to assume this responsibility.

Finally, in countries where refugees are at imminent risk of death or serious harm, or in situations where they have undergone particularly traumatic experiences, evacuation operations should be launched, enabling such people to be taken to a place of safety while arrangements are made for their longer-term future.

Such safe and legal pathways, it must be emphasized, do not constitute a panacea.

Great care would be needed to establish fair and effective selection procedures, so as to ensure that refugees are provided with the pathway that is most appropriate for them. At the same time, it is essential for refugees to be fully informed of how those procedures work, and to explain to them why only some can be offered an early opportunity to move on in this way.

Substantial efforts will be required to inform and educate the public in destination countries about the purpose of such safe and legal routes and the circumstances of the refugees that are selected to make use of them. Adequate arrangements will also be required for the initial reception and longer-term care of the new arrivals.

Finally, at a time when the COVID-19 pandemic is still spreading, rigorous efforts will be required to ensure that the lives and health of both refugees and receiving communities are fully safeguarded when such pathways are established. This might entail pre-departure medical screenings, health certification or temporary quarantine upon arrival, as well as the establishment of reception facilities where physical distancing is possible.

More generally, every effort must be made to ensure that refugees, whether they are living in camps, are concentrated in urban settlements or are scattered amongst the host community, are fully integrated in global, national and local efforts to suppress the coronavirus and provide adequate treatment to those infected by it.

It is a tragedy that refugees who are fleeing from deadly conditions in their own countries are obliged to undertake such difficult and dangerous journeys in their efforts to find a safe haven. The establishment of the routes and pathways proposed in this article would avert the need for them to do so.

At the same time, this approach would enable responsibility for refugees to be more equitably shared amongst states, and would provide the international community with a means of prioritizing those who are greatest risk and have the most pressing needs.