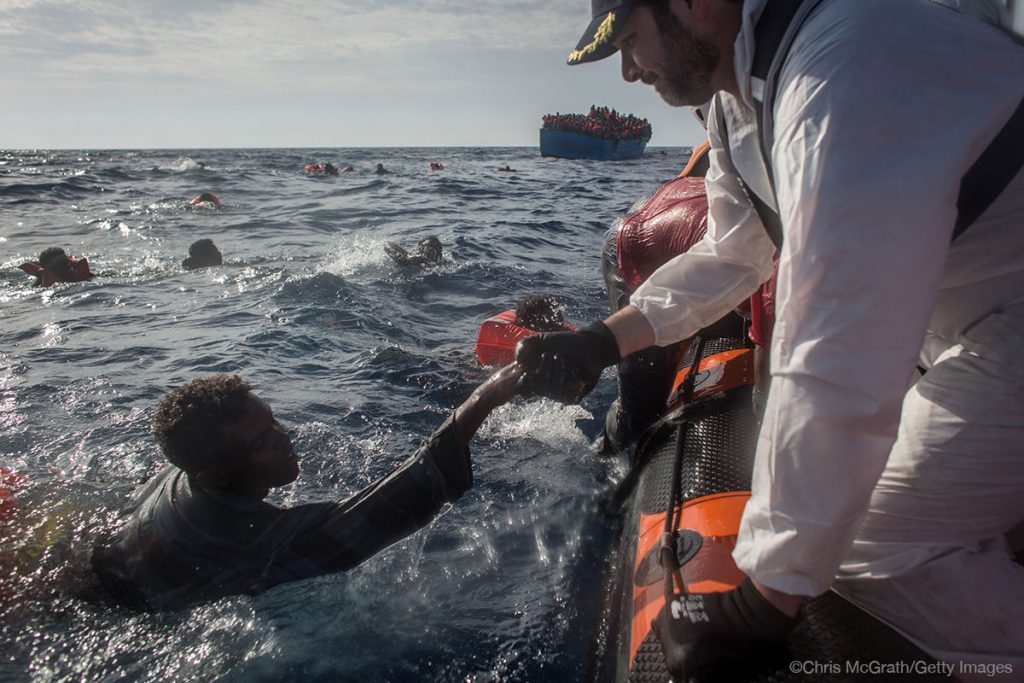 On Saturday, 30th of August 2014, the newly-launched Migrant Offshore Aid Station carried out its first rescue in the Mediterranean Sea. Two weeks later, our crew had rescued and assisted over 1,500 people in coordination with Italy’s Mare Nostrum mission.

Four years on from that pivotal moment, we reflect on the humanitarian crisis still unfolding at sea.

Last week, we celebrated the four-year anniversary of the launch of the first MOAS mission. On the 25th of August 2014, the M/Y Phoenix sailed out of Valletta harbour, in Malta, and headed for the Search and Rescue zone. Five days later, our professional crew of seafarers, medics and humanitarians carried out the first maritime rescue ever undertaken by a civil society organisation.

The M/Y Phoenix, a 40-metre Canadian trawler newly refitted as a Search and Rescue vessel, was equipped with two drones to monitor its surrounding area and provide real-time updates to MOAS and to maritime Rescue Coordination Centres.

MOAS Co-Founder and Director, Regina Catrambone, said at the time: “Getting this project off the ground has not been easy. Much has changed since we came up with the idea last summer. Mare Nostrum has started successfully, but unfortunately its future is not guaranteed. Meanwhile, more people have been displaced from Syria, Iraq and Gaza. Boats have now started to reach Italian shores unchecked, many of them full of unaccompanied minors. The Ebola outbreak has further complicated matters. In the face of all this, MOAS has kept in mind one fundamental belief: nobody deserves to die at sea.”

Between 2014 and 2017, MOAS teams aboard the M/Y Phoenix – and, later, the Topaz Responder – saved over 40,000 lives in the Central Mediterranean and Aegean. In August 2017, however, we decided to suspend our maritime operations, not wanting to become part of a mechanism focused only on pushing people back from European shores. In the 12 months since, we have been dismayed to note growing hostility towards migrants and refugees in many parts of Europe, concerted efforts to criminalise Search and Rescue NGOs, rising mortality rates along the Central Mediterranean route, and increasing threats to the safety and security of those who save lives at sea.

Today, our Director says: “Four years ago, MOAS carried out its first rescue in the Mediterranean Sea. Motivated by Pope Francis’ words against the globalisation of indifference, we rescued more than 40,000 people who could have perished along the Central Mediterranean and Aegean routes. Since last September, we have been working in Bangladesh to provide medical assistance to Rohingya people and Bangladeshi host communities. However, we continue to be deeply concerned about Europe’s inability to find humane, fair solutions, and to monitor the growing number of casualties at sea. We call for the immediate adoption of solutions based on the principles of humanity and solidarity to safeguard those in search of peace.”

MOAS stands in solidarity with organisations saving lives in the Mediterranean Sea, and with all humanitarian organisations working to alleviate the suffering of migrants and refugees around the world. We call for a renewed focus on the humanitarian dimension of the Mediterranean crisis, so often forgotten amidst the political vitriol, and for coordinated, long-term solutions to the challenges posed by mass migration.

MOAS is an international humanitarian organisation dedicated to providing aid and medical relief to refugees and migrants around the world.

In August 2014, MOAS was the first NGO to launch a Search & Rescue mission in the Mediterranean Sea. In September 2017, MOAS shifted its operations to Rohingya refugee camps in Bangladesh, where we have since opened two Aid Stations, or primary health centres, and delivered vital medical care to some 70,000 people.

With the situation already desperate, and the monsoon season threatening to destroy makeshift camps and settlements, MOAS needs your support now more than ever. Help us to provide a lifeline to those in crisis: donate now at www.moas.eu/donate.