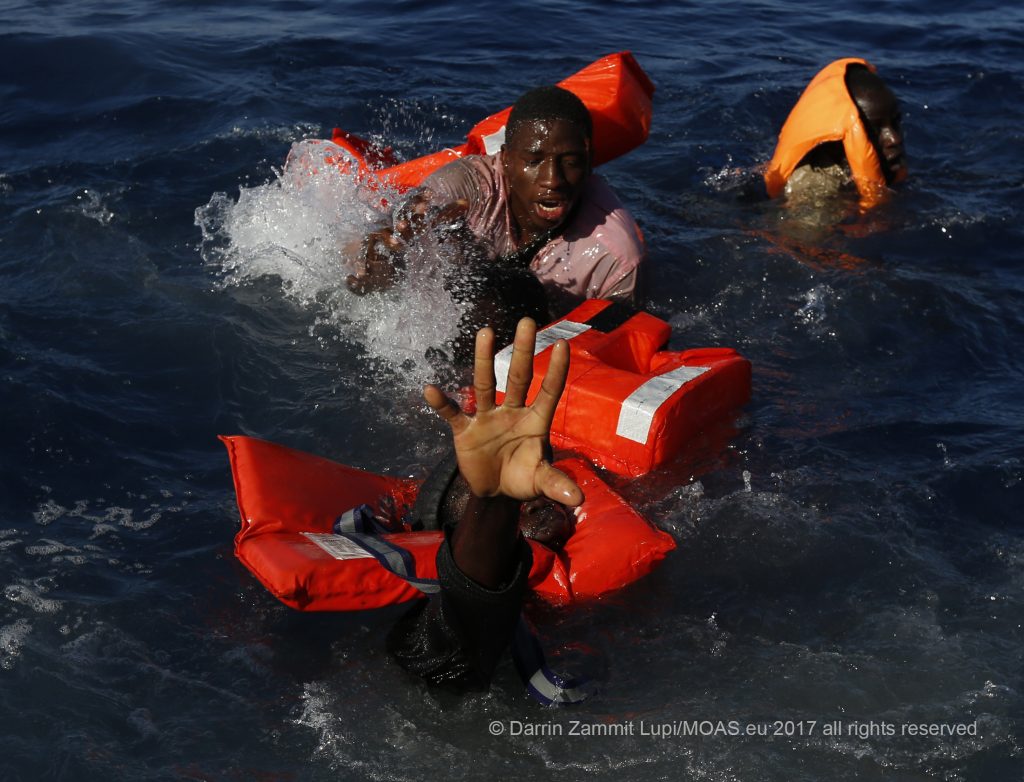 The recent events in the refugee camps in Greece, the new EU legislation proposal to amend the Dublin Regulation, as well as the crossings over the Mediterranean Sea / in the English Channel show that migration in Europe keeps on representing a major issue at every level. The Mediterranean continues to be one of the busiest and deadliest routes for migrants, with thousands of them undertaking the crossing every day, putting their lives at risk in the hope of reaching safety. We recently highlighted the latest events in the Mediterranean with SAR boats or merchant ships carrying rescued migrants stuck at sea for days and weeks waiting for permission to disembark in a safe port. This year, IOM reported that over 20,000 people lost their lives at sea since 2014. This week we want to highlight the importance of the work of tracking the numbers of migration. IOM is at the forefront of this work, mainly through their Missing Migrants Project.

IOM’s Missing Migrants Project started tracking reports of missing or deaths of migrants, including refugees and asylum-seekers, who have gone missing along mixed migration routes worldwide after the 2013 tragedy in Lampedusa, when 368 people lost their lives in two shipwrecks. Since then, Missing Migrants Project has developed into an important source for updated information for media, researchers, and the general public. Missing Migrants data sources vary depending on the region and can include data from national authorities, media reports, NGOs, or interviews with survivors of shipwrecks.

A focus on the Mediterranean

Missing Migrants Project counts migrants who have gone missing-presumed dead, or have died at the external borders of states, or in the process of migration towards an international destination, regardless of their legal status, in all the different regions of the world. Thanks to this accurate data of every year, it is possible to keep track of numbers throughout over time starting from 2014 and compare them. The data show a peak in the number of arrivals in 2015 in the Mediterranean region, with the record number of 1,007,492 people reaching Europe by crossing the Mediterranean Sea. This high number was mainly due to the conflict in Syria, which caused thousands of people to flee from their country. The highest number of deaths in the Mediterranean was instead recorded in 2016, with 5,143 victims.

In the Mediterranean region, in 2020, the arrivals to Europe have been 57,194 so far. In 2019 they were 111,854, arriving from the three different routes tracked: Central, Western or Eastern Mediterranean. 714 people have died or have gone missing in the Mediterranean in 2020 so far whereas in 2019, 1,885 fatalities were recorded.

2020 data seems relatively lower compared to previous years. During the months of lockdown in Europe due to the COVID-19 restrictions, the numbers of arrivals were considerably lower. The numbers started increasing again when the restrictions started to be eased. However, data collection on deaths and disappearances during migration have been increasingly difficult to collect amid the pandemic.

Tracking the number of missing migrants in general can be very challenging for multiple reasons: migrants mainly travel by irregular means, and missing people may not be reported to authorities in a systematic way. The precise list of people travelling is often unknown and so the very exact number may not be possible to know. Furthermore, the media coverage and official reporting of certain areas can be greater compared to others.

The rhetoric present in the media and public opinion is too often based on incorrect information and data, relying on the most convenient data for the messages that want to be conveyed. The work of MOAS is also focused on providing or highlighting information and data which is as reliable and accurate as possible. That is why we rely heavily on the work in tracking numbers of IOM and other UN agencies. To look beyond the screaming headlines and the political propaganda, and to try to bring instead a more digestible breakdown of what is actually happening, every two weeks we publish an infographic with the latest updates on the numbers of arrivals and deaths in the Mediterranean. Data are taken from the IOM Missing Migrants Project website and from IOM Flow Monitoring website, to make sure that data are trustworthy.

The work of MOAS over the past years in the Mediterranean has been vital, as we were the very first NGO operating in the Mediterranean starting from 2014 to rescue people who attempted the perilous crossing at sea. During our missions we were able to rescue over 40,000 people, but more work and efforts need to be done, as people continue dying and going missing on the routes, as the IOM data show. There is the need to prevent people from undertaking the crossing, making sure that this does not represent their only possible solution. To do so, it is necessary to implement and create #SafeAndLegalRoutes for people fleeing from wars, so that they can be able to leave their countries in a safe way through legal means as humanitarian visas, family reunification programs or humanitarian corridors. For this reason, we started an advocacy campaign to raise awareness on this issue and to start pushing for the creation of safe mechanisms for people to reach destination countries.

You can see and share our bi-weekly Mediterranean Infographic and follow all of MOAS’ work by following us on social media and signing up to our newsletter. You can also reach out to us any time via [email protected]. If you want to support our operations, please give what you can at www.moas.eu/donate.