Posted at 13:47h in Press Releases by MOAS

The M.Y. Phoenix returned after three weeks at sea. In six separate rescues, almost 1,500 people, among them babies, unaccompanied children, pregnant women and young men – mostly from Eritrea, Syria and Sub-Saharan, were rescued.

“When I saw the first boat we approached, I could hardly refrain my tears. You are never prepared for such a sight,” said Jason Florio, a MOAS photographer who documented the rescue in pictures. “What is striking is the sudden quietness of the people on the boat, their sense of relief for realising we are there to save them. Then comes the agitation, as they rush to be rescued first, fearing they are going to be left behind.”

In 2015 alone, 1,826 migrants are thought to have died while crossing the Mediterranean Sea. Last year, at least 3,419 people died trying to reach Europe by boat. However, the statistics are unreliable as many of those who made the attempt have vanished, according to new research released by VU University Amsterdam early this week.

“It’s heartbreaking to see all these young boys forced to live an adult life,” said Christopher Catrambone, who is co-founder of MOAS with his wife Regina.

“Most of them don’t even realise the true dynamics of their plight,” Catrambone added. “What they know is that they are on a journey, that they are trying to get to Europe to try and find a better life. They are desperate. If I were in their shoes, I would have done the same thing.”

In partnership with Médecins Sans Frontières (Doctors Without Borders), a humanitarian organization that has provided post-rescue medical assistance onboard, MOAS (Migrant Offshore Aid Station) has rescued 106 children, 211 women and 1,124 men since May 2.

Aboard the M.Y. Phoenix: Stories of suffering and hope

After a long and terrifying journey across the Mediterranean, and once safe aboard the M.Y. Phoenix, some of the migrants shared with MOAS’ crew harrowing accounts of abuse, persecution and despair but also tales of hope and human resilience. Following are some of their stories. 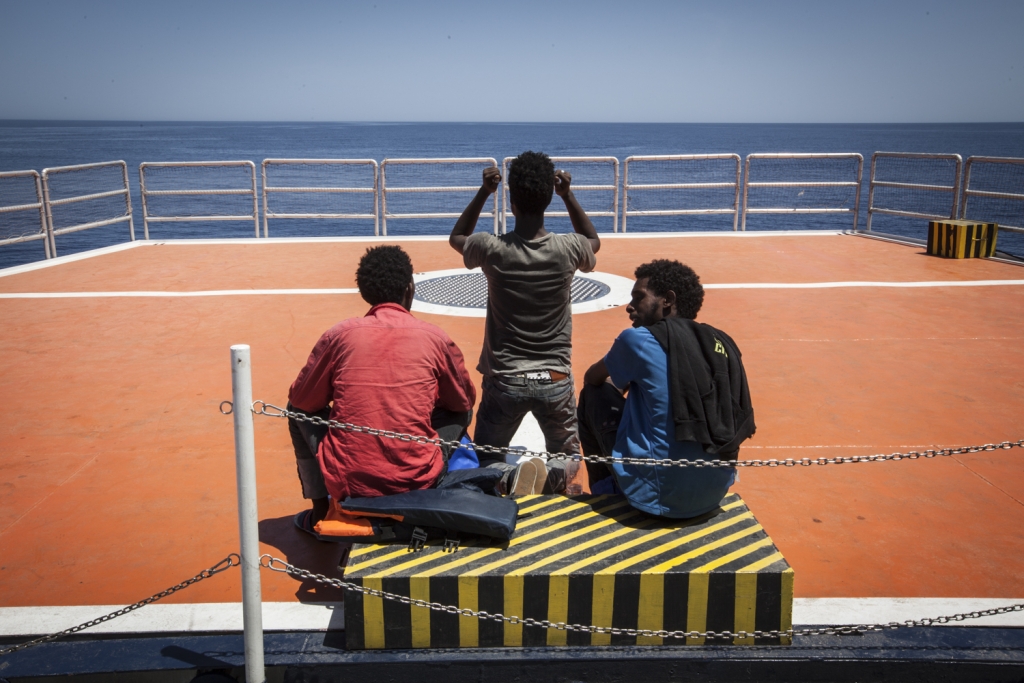 “I am travelling alone. My parents are still in Asmara. If I hadn’t left Eritrea, I would have been forced into the military. My family let me go because they want a better future for me. It was painful for them to see me go. I was very scared during the journey. Especially in Libya, your life there is not safe. I arrived there together with other people in a bus from Sudan. Armed men, maybe soldiers, took us. There was no food, they gave us only one piece of bread per day. We spent two months there. There I was asked to pay another $2,000 to be put on a boat to Europe. This sea travel is so hard. There are so many children crying and pregnant women who suffer a lot. I have tried to help them. Everyone is afraid to die. But we make it. My dream now is to go to Italy and got to school. I want a new life.” 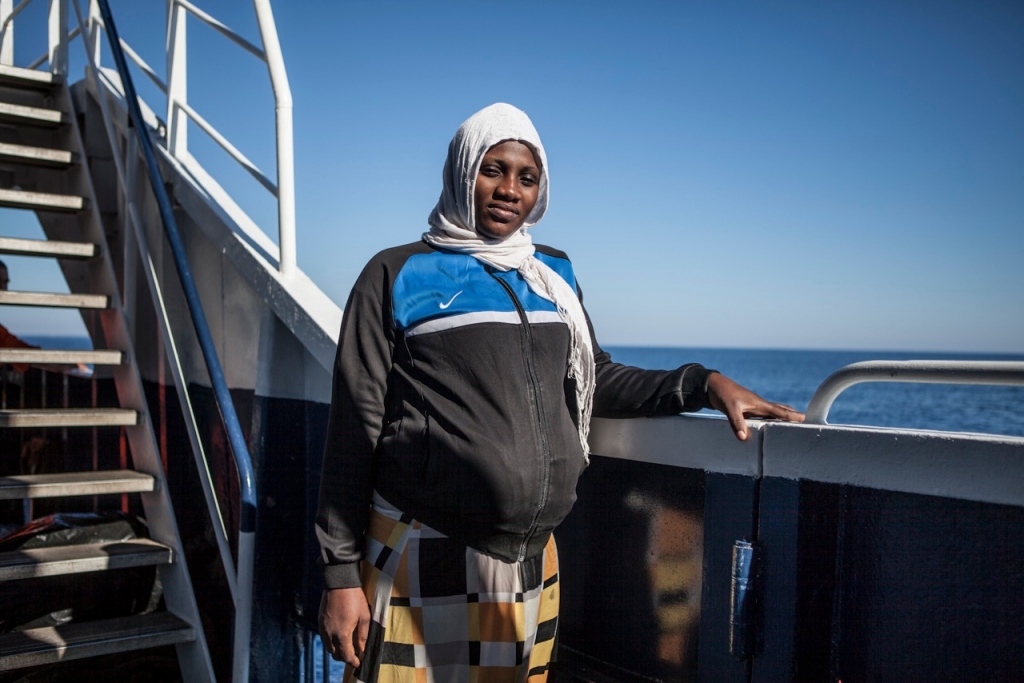 “I am eight-months pregnant. I used to be a hairdresser back in Nigeria. I left my country because I didn’t earn enough money. How was I supposed to survive? I lived in Libya for two years with my husband. I saw horrible things happening to people in Libya, people arrested for no reason, women badly abused. My husband and I worked hard to collect money to pay the crossing. But we didn’t make enough and he had to stay in Libya. I was so scared on the boat. All I want is a new future for me and my child. I wish I can  go to Germany to open a beauty salon. I hope my husband can join me soon.” 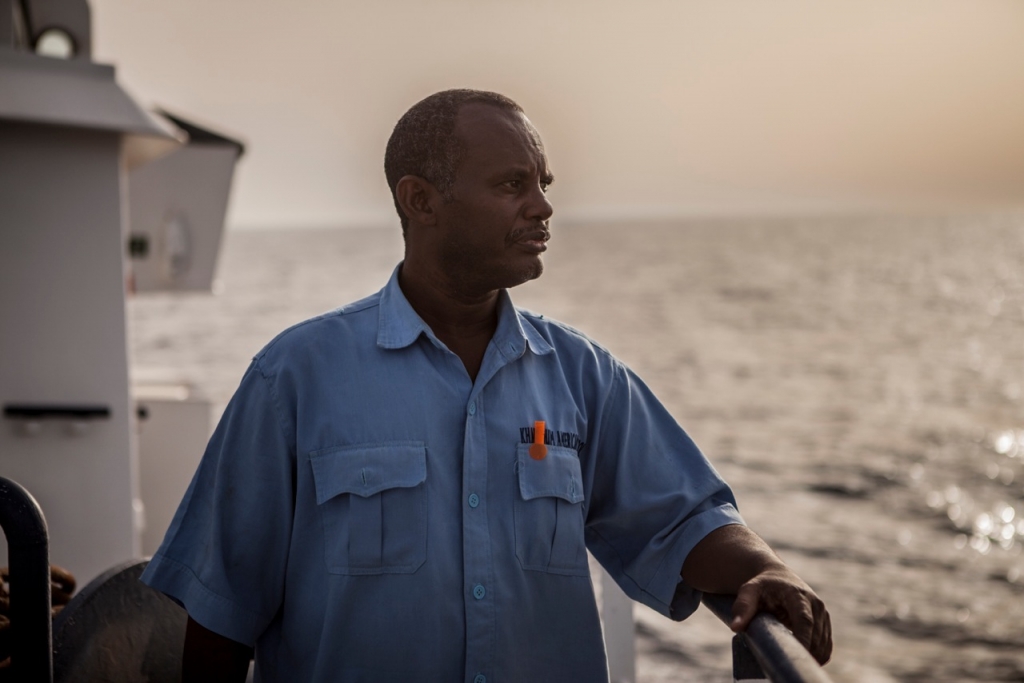 “I left Ethiopia 20 years ago to avoid political persecution. I lived in Khartoum and worked as a security guard . My wife left a year and a half ago to make the crossing. I did not want her to go but she insisted. In Tripoli while being held by the smugglers, she was raped. It was devastating. When she eventually arrived to Germany, she found out she was pregnant. All I hope is that I will make it. I hope I will be reunited with my wife. We have gone through hell. We are human beings, we deserve a better life.”

About MOAS:  The Migrant Offshore Aid Station is a charity that provides search and rescue in the central Mediterranean Sea. MOAS has saved 4,441 lives since it began operations last year.

MOAS is scheduled to continue its humanitarian work until October and seeks additional funding so the crew may pursue a year-long mission. Donations can be made on www.moas.eu/donate