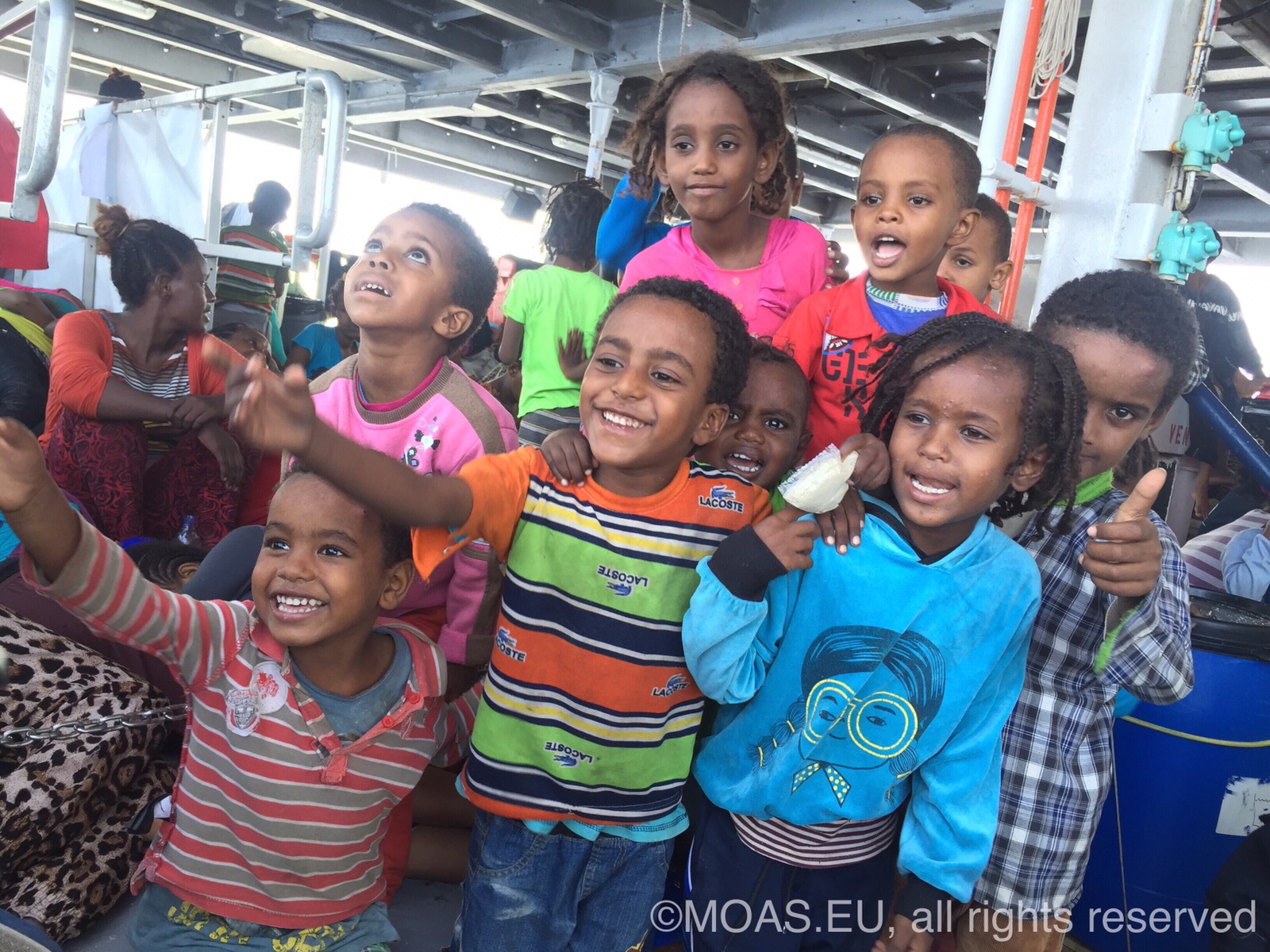 “Think of all the families fleeing their homes this holiday season because of war, unrest and poverty. These people do not deserve to die at sea. A donation to MOAS this Christmas could make the difference between life and death.” Regina Catrambone

A group of Syrian toddlers wail as rescuers lift them from a migrant boat and carry them to safety on board Phoenix, the 40-metre ship belonging to Migrant Offshore Aid Station (MOAS).This is just one of the dramatic clips featured in a new video compiling previously unseen footage from MOAS rescues on the high seas this summer.

The video can be watched here:

MOAS saved some 3,000 migrants during its 60-day mission around the Mediterranean Sea and is now appealing for donations and funding to continue saving lives next year.

The video, which aims to encourage donations, also features interviews with some of the migrants saved who share their reasons for fleeing conflict and poverty in their countries.

The Mediterranean Sea is the deadliest migrant crossing in the world and has already claimed 3,419 lives this year alone as smugglers cram hundreds of people in unseaworthy boats.

MOAS, a private rescue initiative that was set up by humanitarians Christopher and Regina Catrambone, is equipped with a ship, two rescue RHIBs and two drones which help to locate migrant vessels in distress.

MOAS has raised some €40,000 since it launched an appeal for funds at the end of October. Much more is needed to fund next year’s operations which cost some €400,000 per month.

“Think of all the families fleeing their homes this holiday season because of war, unrest and poverty. These people do not deserve to die at sea. A donation to MOAS this Christmas could make the difference between life and death,” said Regina Catrambone, MOAS founder.

Donations can be made on https://moas.eu/10/Donate.

To monitor the progress of the vessel and keep up to date with the latest news, follow MOAS on twitter @moas_eu and use the hashtag #MOAS to enter discussions about migration.