Universal Children Day: a focus on Rohingya children in the refugee camps in Bangladesh 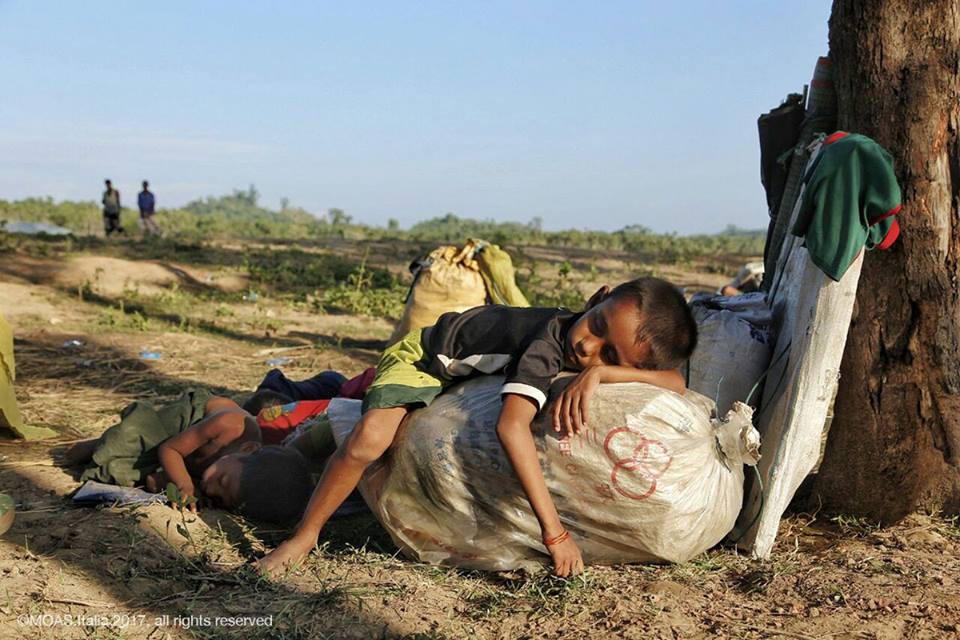 Universal Children’s Day was first established and celebrated in 1954. The day is meant to promote international togetherness, awareness among children worldwide and improving children’s welfare. The day offers the international community and people alike the chance to celebrate and advocate for children’s rights by promoting inclusive dialogues and actions that will help build a better world for children. Since the day is so significant it helps to raise awareness and have more discussion around the experiences of migrant children.

Over half of the world’s refugees are children. While in recent years, Bangladesh has made substantial progress in reducing child mortality, it is estimated that 1 child in every 33 still dies from a preventable or treatable cause – and half of these are newborns. There are intersecting factors contributing to such a stark statistic.
Children living within the refugees’ camps situated in Bangladesh can often be faced with extremely challenging realities, there is widespread malnutrition, child marriages, lack of institutional education and many are forced to risk their lives searching for safety.

This blog focuses on the experiences of Rohingya children, exploring many of the barriers they face due to protracted displacement and systemic discrimination. There are currently more than 866,457 Rohingya refugee in the camps, 460,000 of which are children. They are often largely excluded from accessing education systems, and proper healthcare services, and face constant hazards in the camps.  Universal children’s day frames the core human rights of a child, generating awareness for often overlooked minorities whose rights are not upheld.

One of the major threats that Rohingya children face in the over-crowded refugee camps in Cox’s Bazar is death by drowning.
As we highlighted in MOAS latest report, a Rohingya refugee child dies by drowning almost every two or three weeks. Fatal drowning incidents among children under 5 usually occurred as they fell into nearby water whilst caregivers were occupied with household duties, while for school age children, fatal drowning incidents commonly occurred whilst playing or bathing in a water body without adult supervision and engaging in risky behaviours, primarily on breaks from or days without school.

These human tragedies arise from the desperate conditions in the Bangladesh refugee camps. The infrastructure was not built with the intention of protracted displacement and the ad-hoc design of the camps has meant the housing and facilities are extremely exposed to the elements. During the monsoon season, thousands of houses are often destroyed and further displacement forces families to once again rebuild their lives. These people are already survivors of atrocities in Myanmar, and are forced to live in a liminal space of uncertainty as long as authorities in their homeland continue to deny them their basic human rights and safe return.

Since 2019, MOAS has been providing expertise in the refugee camps and has trained thousands of volunteers from the Bangladeshi host community as well as Rohingya refugees in the #FloodAndWaterSafetyTraining.

As Regina Catrambone, MOAS co-founder and director, stated: “The volunteers trained in the camps thanks to technical advice provided by MOAS can act as first aid responders in case of water-related emergencies and therefore save lives, including those of children. We hope that similar lifesaving training targeted at the children can be implemented in future, together with other preventative interventions, such as installation of fences and barriers around the unsafe ponds, where needed, increased supervision and teaching school age children basic water safety and rescue skills”.

MOAS will continue with its work and projects in Bangladesh aimed at providing assistance to Rohingya refugees present in the camps.

On this international day, the global community must understand that the threat to Rohingya children does not end when they cross the border into Bangladesh: the conditions in the refugee camps can be dangerous due to the harsh environment and lack of infrastructure, and vulnerable refugees, especially children, are the ones most exposed to hazards within the camp.