WORLD CHILDREN’S DAY: UNACCOMPANIED CHILDREN IN MIGRATION AND THE NEED FOR SAFE AND LEGAL ROUTES

On this occasion, we want to highlight the situation of all those children around the world who find themselves facing challenging conditions of war, displacement and migration. They represent 40% of the world’s forcibly displaced population. Children in these situations are forced to leave their homes with no possibility of living a proper healthy childhood, suffering from hunger, diseases and with little-to-no access to basic services. Many of them lose their parents and are forced to undertake perilous journeys to reach safety alone. Finding themselves in such vulnerable conditions and situations, they often risk becoming victims of various abuses such as trafficking, child marriage or exploitation. With over 31 million displaced children in different parts of the world, it is an essential issue to tackle, as the need to protect this vulnerable group is among the most urgent.

This week we want to highlight the issue of unaccompanied children in migration, to explore the specific struggles they find themselves having to go through and the challenges for host countries and legislation to deal with their situation.

Unaccompanied children, from a legislative perspective, are defined as “Children, as defined in Art. 1 of the Convention on the Right of the Child, who have been separated from both parents and other relatives and are not being cared for by an adult who, by law or custom, is responsible for doing so.”

In the context of migration, children separated from both parents or other caregivers are generally referred to as unaccompanied migrant children (UMC).

When considering mixed migration, 1 in every 8 migrants worldwide is a child. Of the 33,200 children arrived in Europe in 2019 (38% girls and 62% boys), approximately 9,000 of them were unaccompanied or separate children. Children are forced to travel alone along dangerous migration routes to flee persecution and war to reunite with family members abroad or to seek better educational opportunities.

Due to their vulnerability, children in migration, and especially unaccompanied children, require specific and appropriate protection, also in terms of the measures taken to deal with them. Reception conditions for unaccompanied migrant children vary according to each country and their capacities: they are often entitled to specific services especially in terms of accommodation or care. However, many of them go missing right after their registration in the country of asylum. This may be due to their poor living conditions, or a feeling of discouragement because of the length of bureaucratic processes. The risk once they are outside the protection system is that they may face situations of sexual or labour exploitation, trafficking, starvation, homelessness and exposure to serious risks for their mental and physical health. 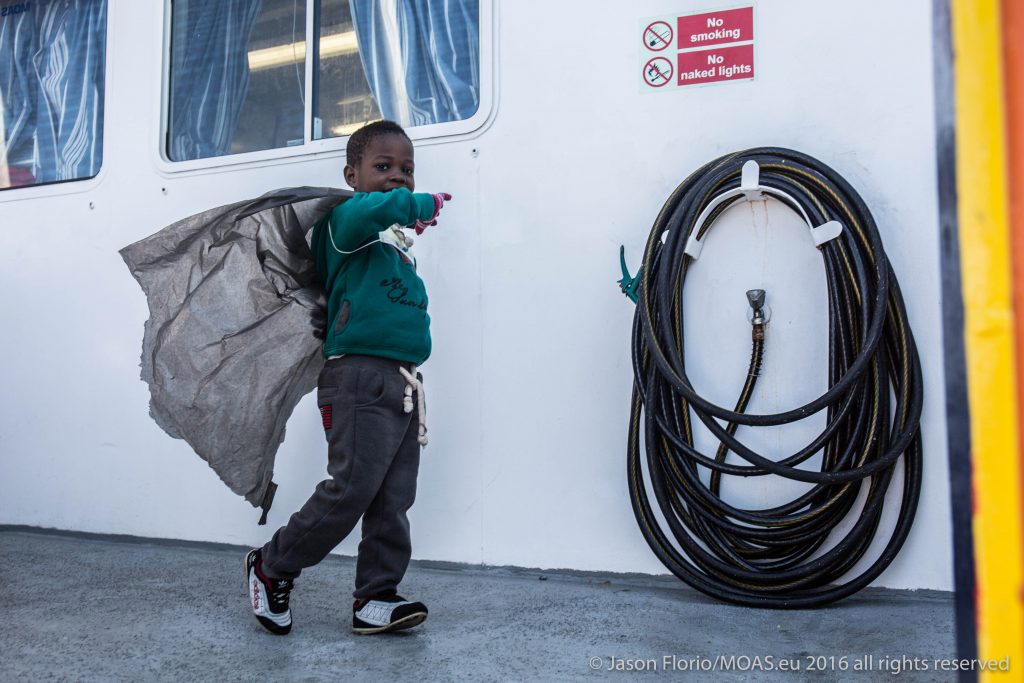 THE IMPLEMENTATION OF SAFE AND LEGAL ROUTES

Children who come alone to Europe are often in the hands of smugglers and traffickers who bring them to Europe for exploitation purposes. In order to stop this, legal pathways to Europe and other safe destination countries would be essential to prevent this phenomenon, as human traffickers mainly rely on irregular routes.

The implementation of more comprehensive asylum and migration systems would allow for better monitoring and care of these children and all the other people who arrive in safe countries. Through legal channels such as family reunification, student visas, humanitarian visas or private sponsorships, there would be the possibility of making previous assessments for people, including children, who wish to leave their country. The journey would then be organized and implemented in a safe way.

It is important to address the gaps in the legislation regarding unaccompanied minors, as misunderstandings, grey areas and unclear situations may often put them in increasingly vulnerable conditions. Unaccompanied minors in Europe, for example, are entitled to certain conditions and rights to reunite with their families or to apply for asylum, conditions that change when they turn 18. If they turn 18 in the midst of their legal procedures such as asylum application or family reunification schemes, the risk is for them to lose entitlement for these opportunities. Family reunification procedures for unaccompanied children need to be well implemented, with processes made more efficient and trying to avoid legislation gaps in order for children to have the possibility of being reunited with their family members as quickly as possible.

That is why at MOAS we believe that implementing #SafeAndLegalRoutes is essential to deal with the migration issue in a more effective and systematic way. Ensuring a safe way to Europe would help avoid unnecessary deaths at sea or during perilous migration routes and also reduce the tragedy of child trafficking. Once people, including children, arrive in their destination countries, ensuring that the legal procedures are fast and efficient is essential to avoid people from finding themselves in conditions of irregularity which could put them at further risk, and work towards better and improved integration processes.