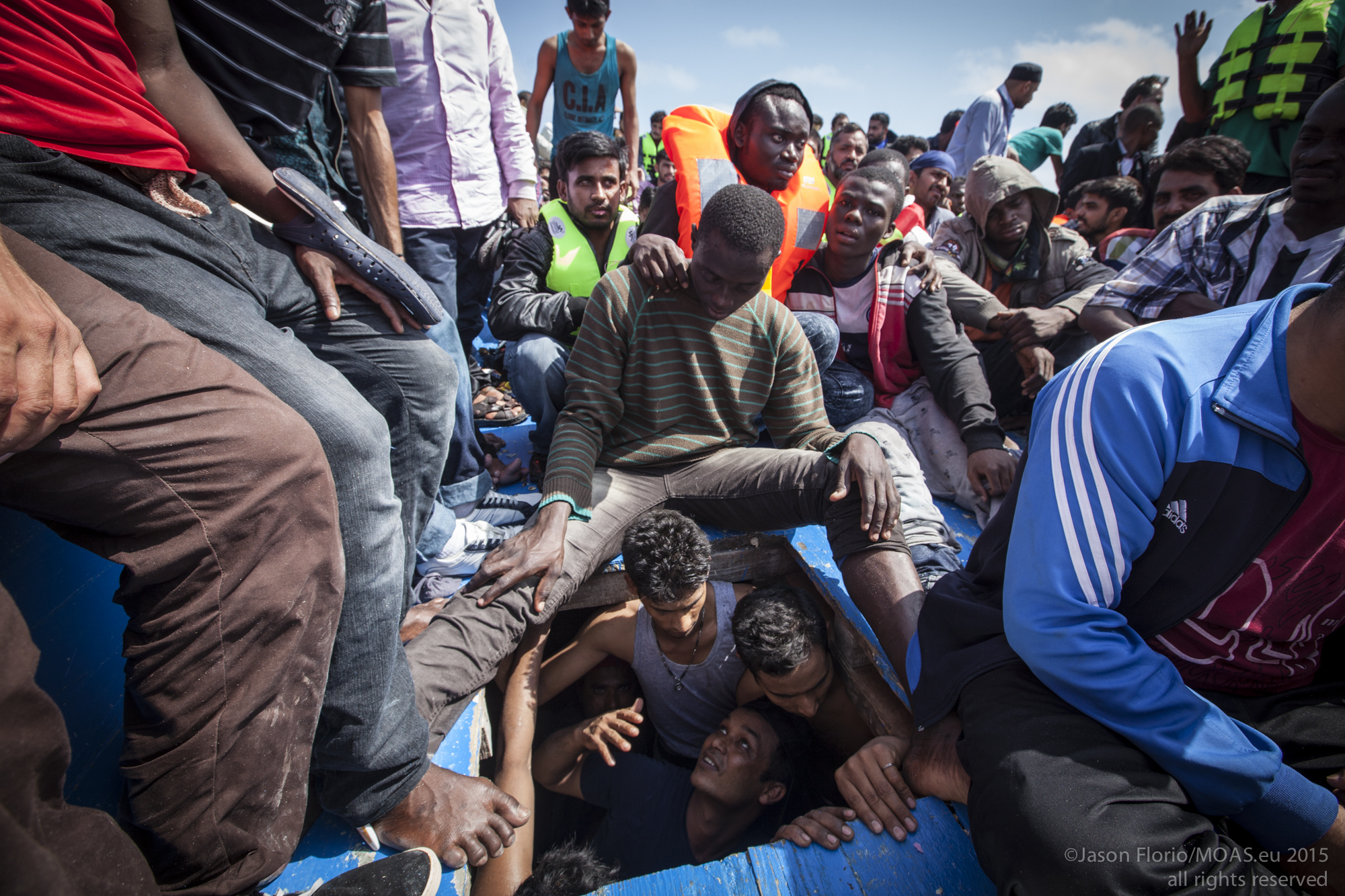 Up to 200 people died on Thursday when a boat bound for Italy sank off the Libyan coast. On the same day, more than 70 bodies were discovered by Austrian authorities in an abandoned lorry on a motorway at the border with Hungary.

Last Wednesday, MOAS was involved in multiple rescue operations during which 1,000 people were saved. MOAS also supported the Swedish Rescue Ship Poseidon during the latest tragic incident when 52 died, the majority asphyxiated.

The rescues have taken place amid the worst maritime refugee crisis the world has ever seen – and there appears to be no end in sight to the drama at sea.

MOAS continues operating on the frontline in the Mediterranean, the world’s deadliest border, and it hopes to inspire others to do their bit to save lives at sea.

“We are experiencing mass migratory movements as a direct result of conflict in various parts of the world. Europe should take the lead because this is happening in its backyard but others should also show their support”, said director of MOAS, Martin Xuereb.

“As long as thousands of human beings feel they have no other option other than embarking on a life-threatening crossing, MOAS urges decision makers to put SAR at the top of their agendas. A collective humanitarian action at sea – by governments, NGOs, private initiatives – continues to be vital”, he added.

An international NGO with operational base in Malta, MOAS is equipped with the a 40-metre vessel – M.Y. Phoenix –,  two Schiebel Campcopter S-100 systems, two rescue RHIBs, and a 20-strong professional crew of seafarers, rescuers, doctors and paramedics. MOAS set sail on May 2nd 2015, after saving some 3,000 lives in 60 days last year. This year MOAS has partnered with Medecins Sans Frontieres which take care is responsible for the post-rescue care on board.

MOAS will be operating in the Mediterranean at least till the end of October.  Its presence at sea beyond that will depend also on the donations that the Foundation will receive in the coming months.