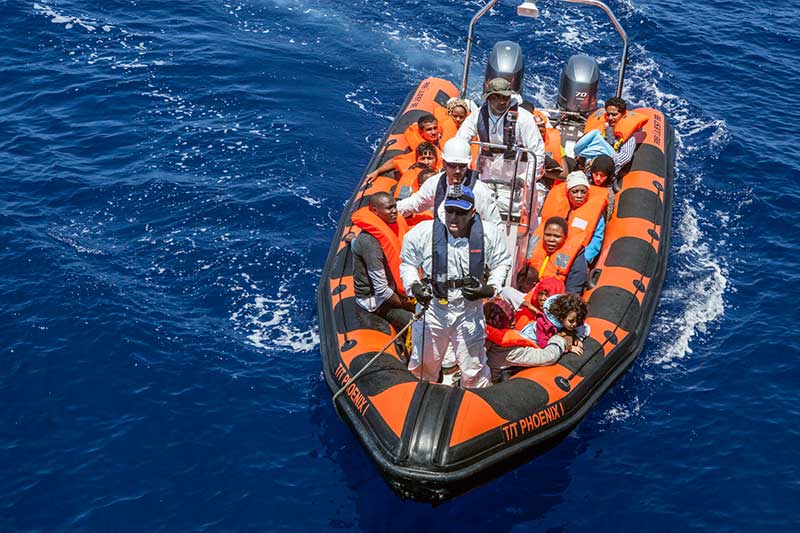 THE GUARDIAN RAISES FUNDS FOR MOAS IN CHARITY APPEAL

December 1, 2015 — LONDON — Search and Rescue Charity MOAS (Migrant Offshore Aid Station) has been chosen by The Guardian and The Observer to be one of six recipients of their annual charity appeal.

The campaign raised more than £200,000 in its first week. The money raised will be divided equally among the six charities which are: MOAS, Doctors of the World UK, Red Cross, Refugee Council, City of Sanctuary and Asylum Seeker Resource Centre.

“We have chosen refugees as our theme this year not just to raise money for a vital humanitarian cause but as an act of solidarity. Our appeal slogan is We Stand Together: a stand against intolerance, and fear; a stand for empathy and generosity,” said Katharine Viner, Editor-in-chief of The Guardian.

MOAS (Migrant Offshore Aid Station) was created to mitigate loss of life at sea. Since 2014, the organisation helped rescue almost 12,000 refugees from unseaworthy boats in the Mediterranean Sea. MOAS (www.moas.eu) is now expanding its mission to the Aegean Sea between Turkey and Greece as well as to the Andaman Sea in South East Asia.