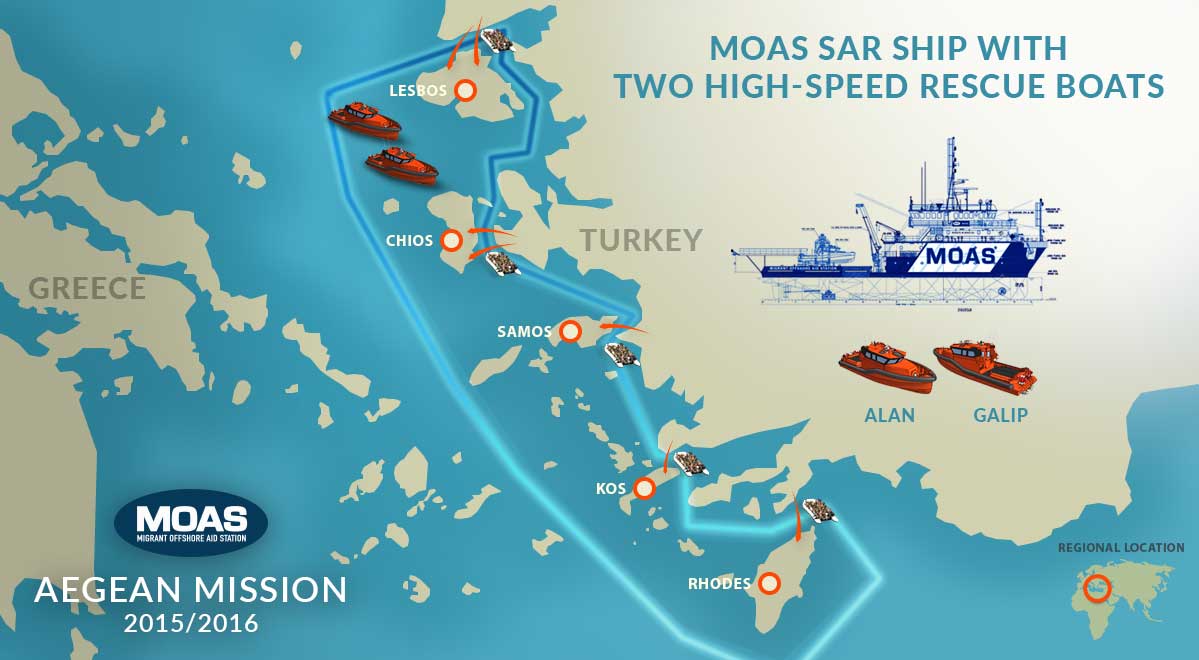 VALLETTA – As Commonwealth leaders gather in Malta for CHOGM 2015 to discuss a range of topics including migration, search and rescue charity MOAS (Migrant Offshore Aid Station) is gearing up to launch its life-saving mission in the Aegean Sea on December 18th.

Tens of thousands of refugees, mostly from Syria, have already crossed the channels between Turkey and Greece this year in unseaworthy boats. Hundreds have drowned.

“As winter approaches and the seas get colder and more hostile, refugees are still being forced onto dangerous boats as they flee war, poverty and persecution. Governments should continue to discuss how to solve this ongoing phenomenon, but in the meantime, we cannot sit and wait. We the people must come together to save lives now,” said MOAS founder Christopher Catrambone.

MOAS director Martin Xuereb said: “We are glad to see that CHOGM has included migration as one of the major topics to be discussed. We have always said migration is a global phenomenon that requires global solutions. The Commonwealth represents a combined population of 2.2 billion people from 53 countries, many of which have a direct interest in the migration and refugee crisis facing the world today. Therefore, we hope the summit ends with some concrete actions on how countries can work together around the world.”

Worldwide in 2015, at least 5,000 people have died making dangerous crossings. Over 3500 of these deaths were in the Mediterranean (IOM)

MOAS (www.moas.eu) has named their two high-speed rescue boats in the Aegean Sea after Alan and his brother Galip. Their needless deaths sparked a global upwelling of support for MOAS and other mission to work tirelessly to provide search and rescue where needed.

Besides its mission in the Aegean Sea, MOAS is also planning to have a presence in the Central Mediterranean Sea and the Andaman Sea in South East Asia in 2016.

Meanwhile, MOAS has launched an international campaign called #OneMore to raise funds for these three missions. The campaign urges people to donate “one more life jacket”, “one more emergency kit”, “one more bottle of water”, or enough to keep MOAS at sea for one more day. Visit www.moas.eu for more details.