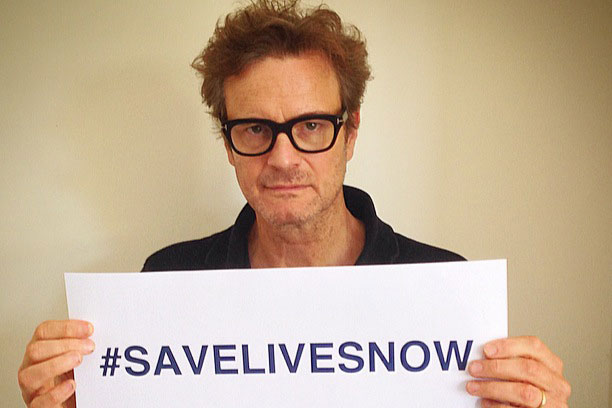 Save lives now! Artists come together to raise awareness and funds for MOAS

David Gilmour, Colin Firth, Foxes, Michael Fassbender, Jon Ronson, Miranda Hart, Nick Frost and an array of other British artists have come together to save lives by raising awareness and money for the search and rescue charity Migrant Offshore Aid Station (MOAS).

Using the hashtag #savelivesnow celebrities are reaching out to their fans and followers on social media urging them to donate to MOAS. Many of them are even challenging their fans to raise enough funds to keep MOAS at sea for a day: £5,300. Those artists have then pledged to match that donation. More celebrities will be launching campaigns of their own over the coming days and weeks.

The campaign, Artists for MOAS – Save Lives Now, is being coordinated by fundraising expert Holly Allen and journalist Charlie Gilmour, using the platform GivenGain.com, as a response to the increasing number of tragedies at sea.

MOAS is an NGO that has saved more than 11,000 men, women and children from the Mediterranean Sea since launching its maritime operations in August 2014.

MOAS operates from a vessel called M.Y. Phoenix, which is equipped with two drones, two high-speed rescue boats and a highly experienced crew of rescuers. MOAS also works in partnership with Doctors Without Borders (MSF) which handles post-rescue care on board.

Every month, tens of thousands of people flee the Libyan coast to get to Europe in rickety boats operated by ruthless smugglers. Thousands die on their journey, either from drowning because their boat capsizes or from dehydration and asphyxiation due to the way they are squashed like sardines into every part of the boats.

After concluding six months of operations this year, MOAS now hopes to remain at sea for as long as possible as the refugee crisis worsens and more people risk their lives to find safety from war and persecution.

To follow the artists fundraising efforts: www.twitter.com/artistsformoas and for more info on MOAS go to www.moas.eu