One year into the Rohingya refugee crisis 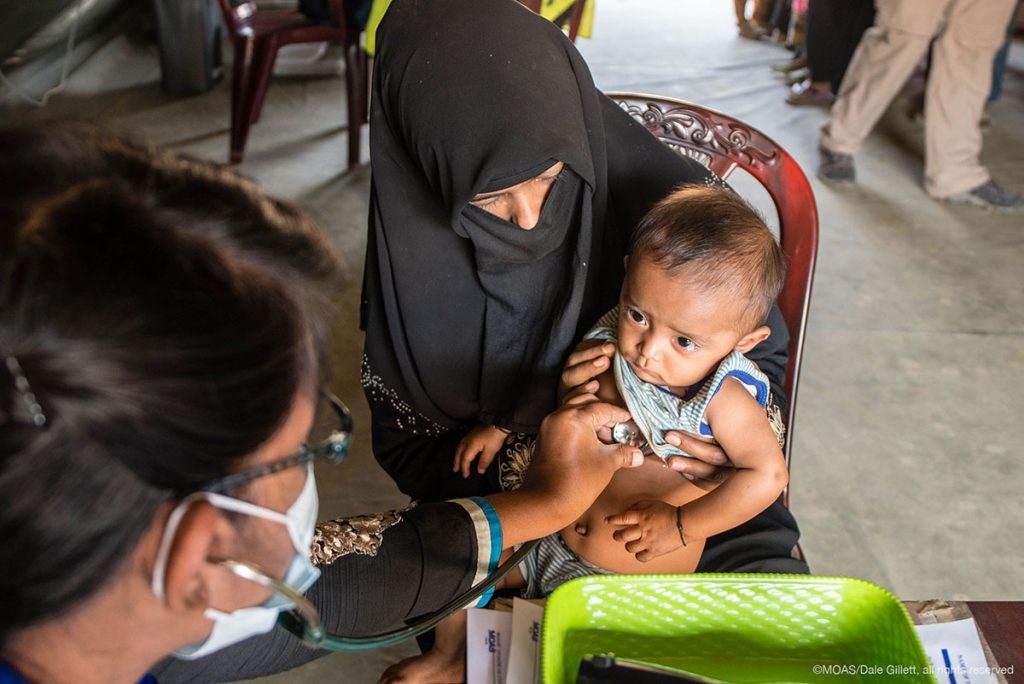 Joint press release from NGOs in Rohingya response in Bangladesh

One year has passed since the beginning of the exodus of an estimated 706,000 Rohingya refugees from Rakhine State, Myanmar to Cox’s Bazar in Bangladesh following what the top UN human rights official called a “textbook example” of ethnic cleansing. The newly arrived Rohingya in Cox’s Bazar joined hundreds of thousands of their fellow countrymen who were part of previous waves of displacement from Myanmar. The 20th century has seen multiple waves of movement of Rohingya population from Rakhine State to Cox’s Bazar and back, but the 2017 exodus was by far the largest.[1]

The pace of new arrivals made this the fastest growing refugee crisis in the world, coupled with what also resulted to be the highest concentration of refugees in the world. Moreover, the area is surrounded by local communities with high poverty rates that have been largely impacted by the refugee crisis.[2] The people and the Government of Bangladesh welcomed the Rohingya refugees with generosity and open borders. The Government’s generosity in hosting over one million refugees is exceptional and is particularly laudable in a time where refugee protection is eroding, and many countries are building barriers to prevent refugees from seeking both the assistance they require, and the protection guaranteed under international law.

The speed and scale of the influx made the humanitarian community step up its support – today over one hundred local, national and international non-governmental organizations (NGOs) are responding to the crisis alongside the Government and UN agencies, delivering protection, food, water, shelter, healthcare and other life-saving assistance. At the same time, one year into the crisis, the humanitarian community is still delivering largely emergency aid in the framework of “temporary” assistance which considerably falls short of meeting minimum international humanitarian standards (Core Humanitarian Standard and Sphere[3]).

As the 2018 Joint Response Plan for Rohingya Humanitarian Crisis targeting 1.3 million refugees and host communities is only 33% funded[4], it is essential that the government and people of Bangladesh are supported to provide both short and medium-term assistance to Rohingya and their host communities. While the only way to end this crisis is to find a political solution in Myanmar and tangible progress needs to be made for safe, dignified, voluntary and sustainable return of refugees to Myanmar, all stakeholders in the humanitarian response in Bangladesh must step up efforts in meeting minimum international humanitarian standards in both refugee protection and humanitarian assistance.

(1)   Respecting and upholding the rights of refugees coupled with meeting their protection needs;

(2) ‘Putting people first’ so that refugees and host communities in Bangladesh are able to participate in constructing safe and dignified outcomes for their future;

(3)  A whole-of-society approach to ensure that the humanitarian community, including local organizations, can use their expertise to maximize impact now and in future.

Realizing these priorities will require in particular:

[2] COAST, Crisis within the Crisis. A study on impact of Rohingya influx on the host community, July 2018 and WFP with Partners, Refugee influx Emergency Vulnerability Assessment (REVA) – Technical Report, August 2018.