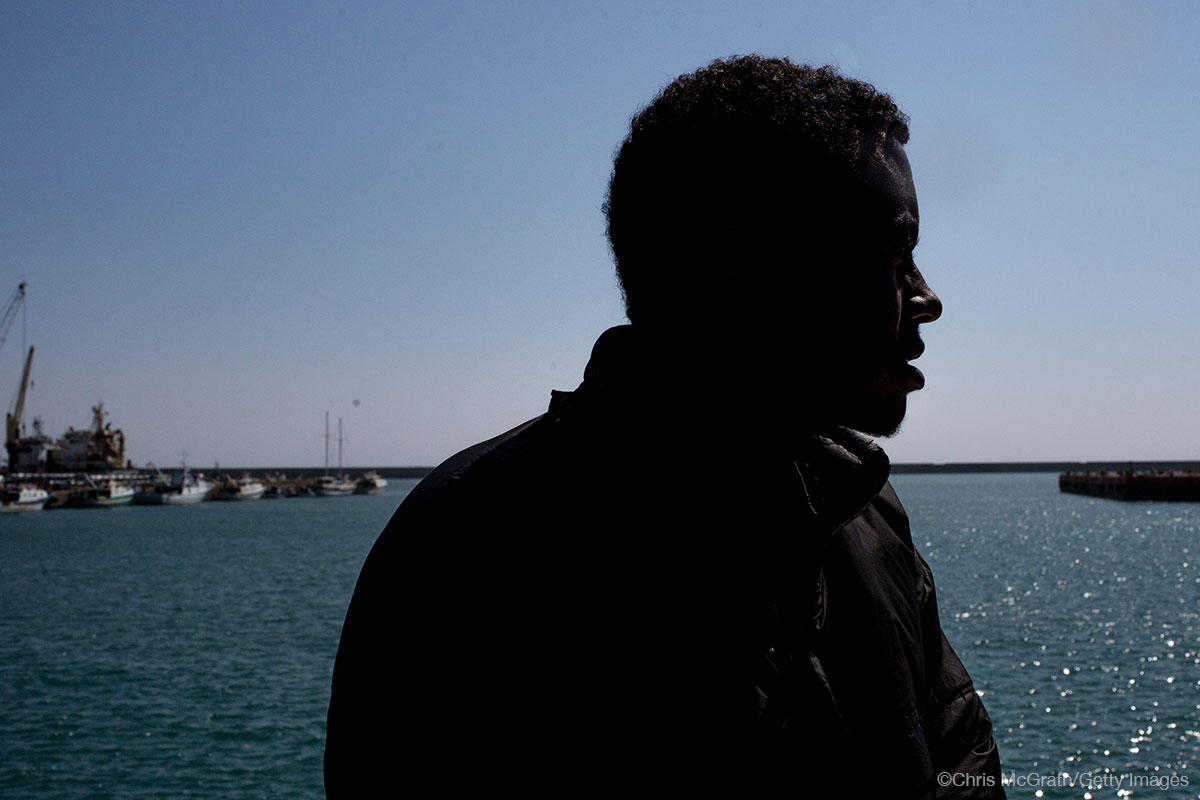 In honour of Refugee Week 2017, this month MOAS has celebrated this year’s theme “Different pasts, Shared Future” by sharing the first-hand stories of people who have experienced forced migration. Today, we are proud to share Dawit’s story with you. He was one of the hundreds of people MOAS saved during the mass rescues that took place on 24th May. This is his story.

My name is Dawit. I am from Eritrea, from Asmara. I’m 24 years old. Because of what was happening I went away from my home country over 2 years ago.  I crossed the border between Eritrea and Ethiopia and I stayed there in a camp for almost 2 years, and then I started the journey through the Sahara to Libya. And so, I searched for smugglers who could take me to Sudan first. I found someone and I started my journey to Sudan. I arrived safely in Khartoum and I stayed there for 3 months, because when I arrived it was January. They said the sea is closed in January; there are no journeys in January, February and March.

In March I started my journey towards Libya. I found someone who could take me there. We agreed how much we could pay, and so I started the journey. We left Khartoum, they took us the desert where we were together almost 200 young people. Then lorries and small land cruisers came. Each person was carried on a land cruiser, almost 25 people packed every one, and even more on the lorries: over 100. After some days, we arrived at the border between Libya and Sudan and we were exchanged to Libyan smugglers who were going to take us through the rest of the Sahara.  Then we started our journey towards the inside of Libya.

After almost 2 weeks or so in the desert we arrived at a small village in Libya. They said this is the place where we are going to pay for the Sahara and the sea. And so we paid, and after that they took us to a village and we stayed there for 2 weeks. After that we went to the side of the sea. I don’t know the name of the city, but it is near the Mediterranean sea. We stayed there for almost a week. What amazed me is that they took us to the very centre of the city; we could hear the cars outside passing. Then they took us to a big agricultural place, where people were being made to work for free. We only had to stay there for one night. On the final day of the week they came and told us we had a journey ahead of us, that it was time to head to the sea and we were going to start the journey towards Italy.

They came and took us all, more or less 750 people. They took us to a boat on the beach. The boat had three tiers, where people were assigned their place. After 8 hours or so of journey in the Mediterranean, people came to help us, to come to our rescue. That’s when the problem started. I was inside so I know what happened. People started saying that we are almost rescued,  that help has come, the ships are here, and so people started standing up from their place and going out to the surface to see you guys, to save themselves. And so almost all the people who were inside went outside and they started falling inside the sea. When they all went upstairs, the ship went to one side and pushed them all down to the sea. There were some who could swim and lucky for them they made it. I was lucky: I survived because I stayed, me and another 80 people, we stayed inside. So we have small injuries but we survived. We came to the surface and we waited and we were saved.

I thought I was going to die. I thought this was the end. But you came with the boat and saved us. I hope that I find in Italy a better life, a life that I couldn’t have back at home, with no rights.

During the rescue operation Dawit describes, despite the best efforts of all SAR assets at sea, 33 bodies were recovered to the Phoenix, among them very young children. While there continues to be no safe and legal alternative for people fleeing violence, poverty and persecution to reach safety, people like Dawit will continue to be forced to take these terrible journeys.