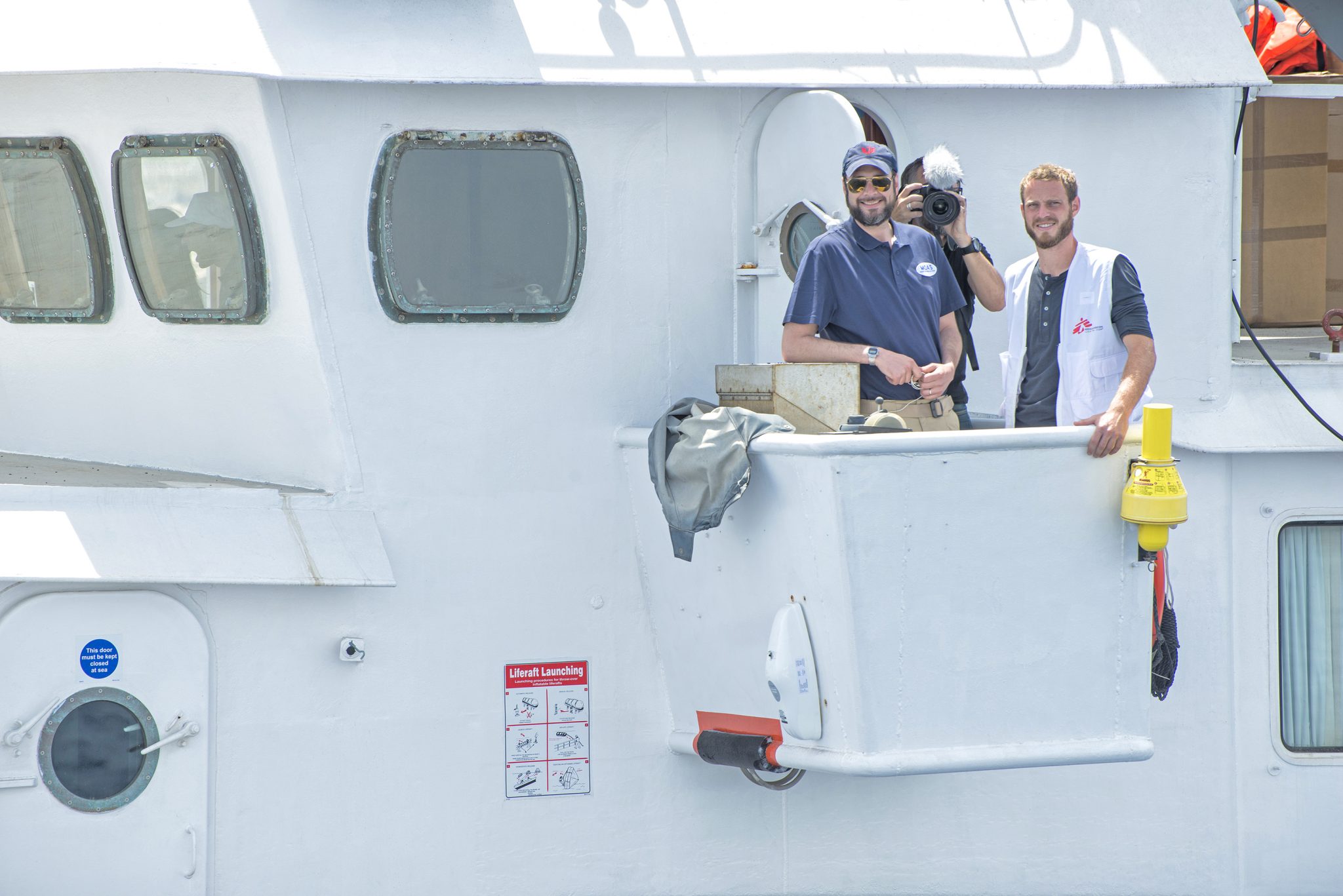 The international medical humanitarian organisation Médecins Sans Frontières/Doctors Without Borders (MSF) and MOAS Migrant Offshore Aid Station announced today that they will launch a joint search, rescue and medical aid operation in the central Mediterranean between Africa and Europe. The life-saving operation will run from May to October, when thousands of people are expected to risk their lives attempting to reach safe haven in Europe.

Last year was the deadliest on record for people crossing the Mediterranean; more than 3,400 people died trying to reach Europe. This year the death toll is predicted to be even higher, as even less assistance is available to boats in distress. The Italian navy’s search and rescue operation, Mare Nostrum, was discontinued in November 2014 due to a lack of funding from European governments and has not been replaced.“Europe has turned its back on people fleeing some of the worst humanitarian crises of our time,” says Arjan Hehenkamp, MSF’s general director. “The decision to close doors and build fences means that men, women and children are forced to risk their lives and take a desperate journey across the sea. Ignoring this situation will not make it go away. Europe has both the resources and the responsibility to prevent more deaths on its doorstep and must act in order to do so.”

Over the coming months, a joint MSF and MOAS team will be stationed in the central Mediterranean aboard the MY Phoenix, a 40-metre rescue ship. Equipped with high speed rigid hull inflatable boats and surveillance drones, and with a crew of 20, the MY Phoenix will provide lifesaving support to those in distress.

“Our motivation is simple,” says MOAS director Martin Xuereb. “No one deserves to die, and we will do everything in our power to ensure that those who feel compelled to undertake this treacherous sea crossing in makeshift vessels do not drown. When we launched our operations last year, we rescued 3,000 people in 60 days. We hope to be even more successful this year as we will operate for six months alongside MSF.”

An MSF medical team of two doctors and a nurse will be on board. They will be equipped to provide lifesaving emergency care as well as to treat dehydration, fuel burns, severe sunburn and hypothermia, which are expected to be some of the most pressing medical needs of people who may have already spent days at sea.

“We cannot put an end to the wars and misery which force people to leave their home countries, but we do have a chance to reduce the number of deaths and provide critical assistance to the thousands of human beings who will cross the Mediterranean this summer,” says Hehenkamp. “European governments have chosen to prioritise surveillance and border protection over saving lives. Until there is a change in policy, Europe’s collective reluctance to provide safe alternatives for those wishing to reach our shores will continue to cost lives.”

Médecins Sans Frontières/Doctors Without Borders (MSF) is an international, independent, medical humanitarian organisation that delivers emergency medical aid to people based on need, irrespective of race, religion, gender or political affiliation. In 2014, MSF worked in 63 countries worldwide. MOAS is a non-governmental organisation which rescued some 3,000 migrants from the Mediterranean Sea during a 60-day mission in 2014.
Print page