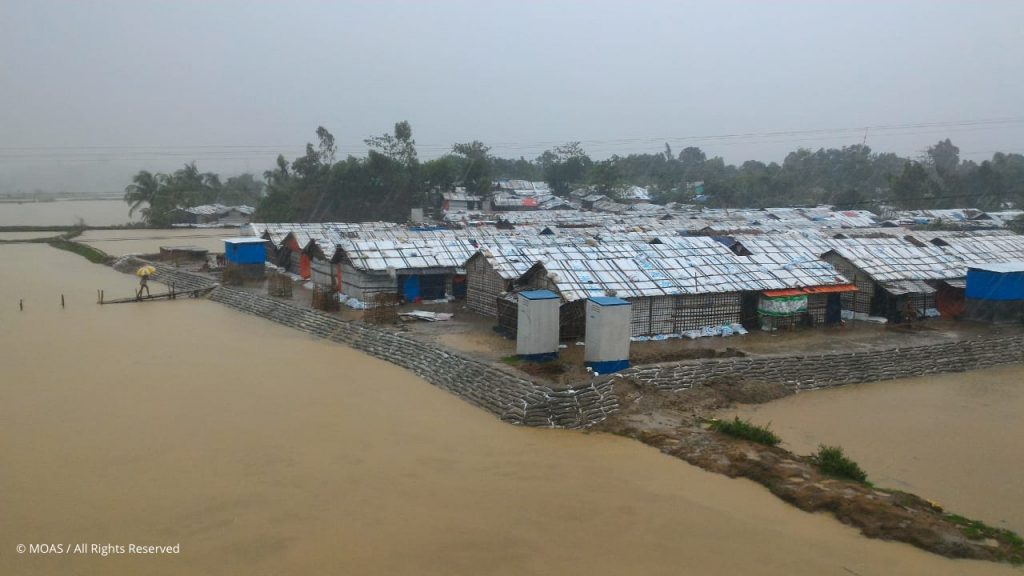 With the onset of monsoon season in Bangladesh, the destructive impacts of heavy monsoon rainfall are once again being experienced throughout the country. Many districts, particularly in the north, have already been hit by monsoon floods, whilst other areas around the country are bracing for torrential rain and the prospect of flooding and landslides in the coming weeks.

Bangladesh’s vulnerability to flooding during the monsoon season is well-documented. However, unlike previous years, the country is facing the unprecedented situation of trying to cope with the impact of monsoon season, whilst simultaneously undertaking measures to combat COVID-19. Restrictions implemented to reduce the spread of the virus have significantly affected monsoon preparations and other measures to reduce the dangers of water-related emergencies, raising significant concern for communities vulnerable during the monsoon season.

Bangladesh is a low-lying nation highly exposed to the threat of repeated floods, due to the country being susceptible to tropical cyclones and receiving monsoon rains between June and October each year. Flooding caused by torrential rainfall during the monsoon season can cause a multitude of devastating effects throughout Bangladesh, including substantial displacement of people, damage to infrastructure and crops, and increased prevalence of waterborne diseases. Monsoon season is also a particularly difficult period for Rohingya refugee camps in Cox’s Bazar district, as well as the local host community. Furthermore, heavy rainfall during the monsoon season can cause water levels in streams, pools and reservoirs in the camps to rise, increasing the risk of drowning for those that use them.

In response to high numbers of water-related deaths during the monsoon and cyclone season, building on our operations in Cox’s Bazar district, MOAS began delivering a Flood and Water Safety Training course. The courses train Rohingya and host community volunteers to act as first responders in the event of a water-related emergency. Participants are also taught methods to manage the after-effects of flooding. Since the scheme was established in 2019, over 1450 safety volunteers have been trained, and lifesaving results have been achieved. 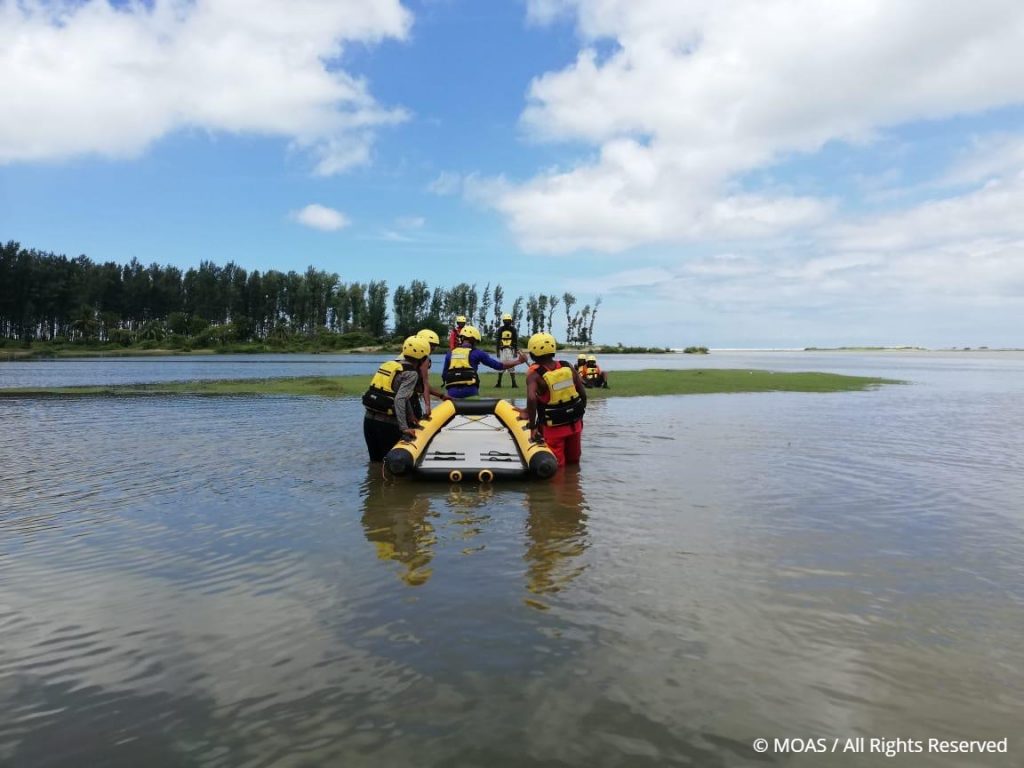 Our Flood and Water Safety Training had been set to continue into 2020. However, COVID-19 restrictions have caused the initiative to be temporarily suspended. Beyond our own operations, the pandemic has impeded activities planned to prepare for the monsoon season. In April, the UNHCR warned of life-threatening consequences should annual monsoon preparations not be completed on time in Bangladesh despite the pandemic. Sadly, some of the disaster risk reduction (DRR) efforts, such as slope stabilisation work had been suspended, whilst relocation of refugees living in high-risk areas has also been hindered by the COVID restrictions. Despite constraints, humanitarian organisations in refugee camps in Cox’s Bazar have been attempting to preparing for the most critical situations, although many efforts have been impacted by the pandemic and new access regulations.

Whilst Bangladesh continues to fight COVID-19, following the arrival of monsoon season, floods triggered by heavy rainfall have begun to hit the country. The flooding started in late June, affecting several northern and eastern districts. Yet since then, the situation is continually evolving, and the number of people and districts impacted is growing. As of July 15, over 1.5 million people have been affected by flooding, and a third of the country’s districts have been affected by flooding. However, the flood situation is reportedly yet to reach its peak, and Bangladesh’s Flood Forecasting and Warning Centre (FFWC) has stated that the situation may worsen in several northern and central districts, and that the flooding could be the worst experienced in a decade.

The impacts of the floods have been devastating, as throughout the country, over a million people have been marooned, and at least 62 people have died. Floodwaters have submerged homes, vital infrastructure and vast areas of farmland, and local residents in several northern districts in the Brahmaputra river basin have reported crises of food, safe drinking water and sanitation provisions. Local communities and Rohingya refugees in Cox’s Bazar district have also been impacted by flooding and landslides, with more than 35,000 refugees being affected so far.

In response, the government is in the process of activating all-out measures to face the flood situation, including opening flood shelters and mobilizing food supplies. Humanitarian organisations are also assisting the government with relief measures, as agencies including the Bangladesh Red Crescent Society have been distributing relief items and providing evacuation support to affected communities. Whilst in the camps in Cox’s Bazar, humanitarian organisations have initiated monsoon rapid response activities.

The monsoon season is once again bringing devastation to the people of Bangladesh, who are still fighting to curb the spread of COVID-19. The impacts being felt by the community, and the threat of flood escalations in coming weeks, only serve to emphasise the urgent need to expand emergency-response training and life-saving equipment provision in order to reduce water-related dangers and death throughout Bangladesh. At MOAS monsoon preparedness and response is a major priority for our operations in Cox’s Bazar, and we are highly anticipating the resumption of our Flood and Water Safety training, once COVID-19 restrictions have been lifted.