MOAS warmly welcomes the news that Malta has allowed the disembarkation of 49 people stranded in the Mediterranean Sea since December 22nd. However, we urge European governments to implement long-term, coordinated solutions to prevent future delays in disembarking rescued migrants.

Since its inception in 2014, MOAS has consistently called on the international community to seek stable, collaborative agreements on the correct procedures for safely and rapidly disembarking people rescued in the Central Mediterranean and Aegean. Unfortunately, it has instead become increasingly difficult for NGO ships to obtain permission to dock in a safe harbour following rescues.

Throughout 2018, multiple ships have been stranded at sea for several days, awaiting instructions from maritime authorities. While these have broadly been treated as diplomatic incidents requiring a political solution, MOAS is keen to stress that safe and rapid disembarkation is above all a humanitarian issue. As the first Search and Rescue NGO to launch a maritime mission in 2014, we know full well the challenges of managing volatile post-rescue situations, and the potential human cost of forcing vulnerable, traumatised people to remain at sea longer than strictly necessary. 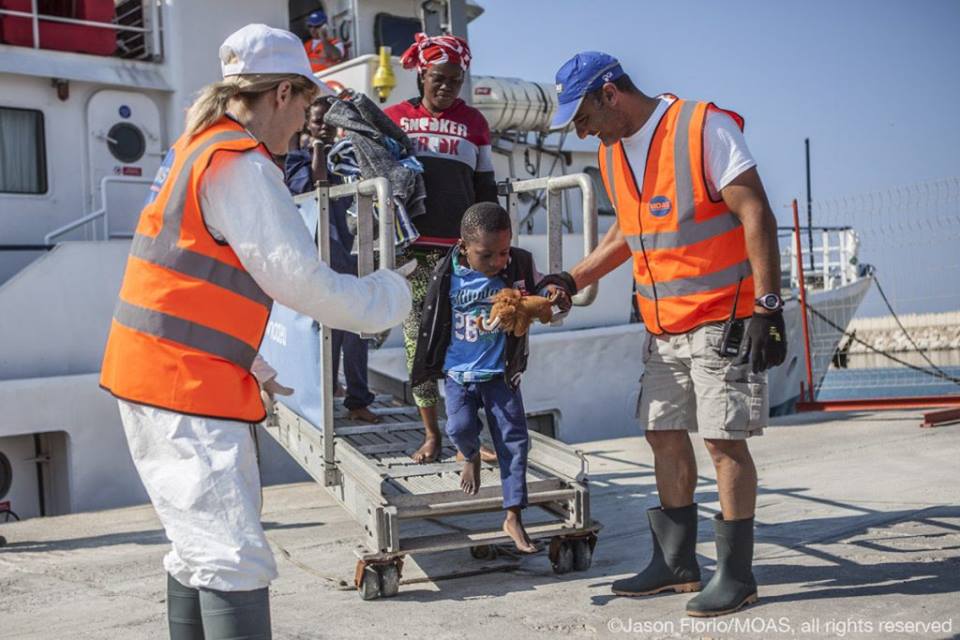 Children, women and men rescued at sea in accordance with international maritime law have an inalienable right to safe harbour. Political disagreements on the eventual resettlement of migrants and asylum seekers are no excuse for prolonging the suffering of vulnerable people, many of whom have endured extreme poverty or persecution in their home countries, trafficking, extortion and violence en route to the north-African coast, and life-threatening dangers during their maritime crossings.

Once again, MOAS calls for the urgent establishment of agreements and procedures that can ensure the smooth and rapid disembarkation of migrants rescued in the Mediterranean Sea. In the longer term, we also urge governments to promote the creation of safe and legal alternatives to irregular migration, in order to reduce the number of people risking their lives to seek safety on European shores.