Alvin, Yemi, Madam & Mr. Hallo and Alaa are just few of the over 33,000 men, women and children that MOAS has rescued and met on our ships in the last two and a half years. They are human beings, just like us; each of them with a personal story of survival, ambition, dreams, sorrow, adventures and misfortunes. They are stories of people that have seen their lives endangered by wars, terrorism, poverty, hunger or natural disasters, and who have decided not to give up despite all this. They decided to risk everything by crossing the sea in desperate conditions, and to fight for a better life.

Thousands of other stories like these will remain forever untold, lost at the bottom of the sea together with the bodies of those who did not make it. It is also in their honor that we give voice to the people who are #SavedAtSea: a series of short portraits told in first person by those that we have managed to rescue from the waves. 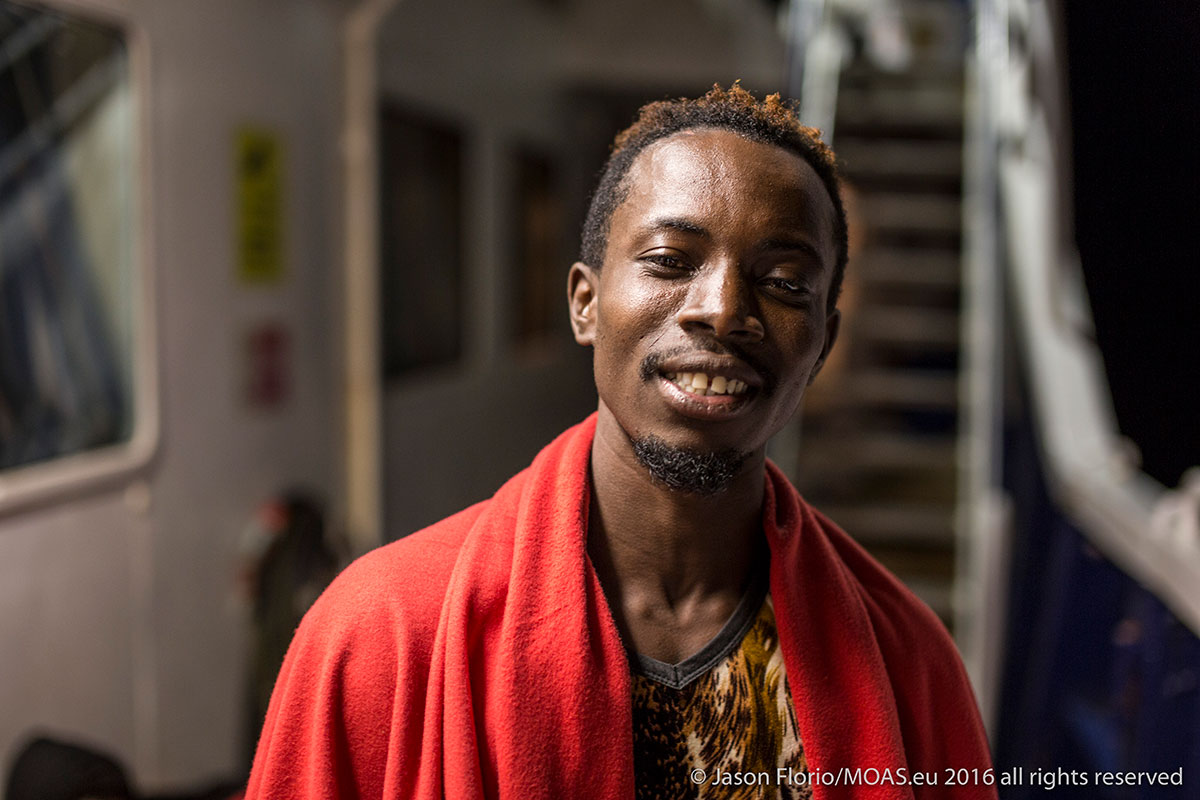 “I left Liberia in 2014 because of Ebola. My older sister used to work as a nurse in one of the hospitals in Monrovia which was at the centre of the epidemic. Ebola eventually took her life. My mother, my younger sisters and I decided we had to leave. We got to Dakar in Senegal. My sister had been the main breadwinner so without anyone to support us I had to reach Europe to find work. When I got to Libya I was kidnapped. For two months I was kept in a forced labour camp near Sebha until my family paid my ransom. When I got out I headed for the coast and boarded a dinghy, but we were stopped and taken back by the Libyan coast guard. They kept me in prison in Zawiya for three months. I was almost starving there. When they released me I tried to cross the sea again to leave Libya as soon as possible. In Liberia I worked as a mechanic. I am also a rapper and my dream is to be an artist. In Europe I will do my best to support my family while at the same time pursuing my dreams.” 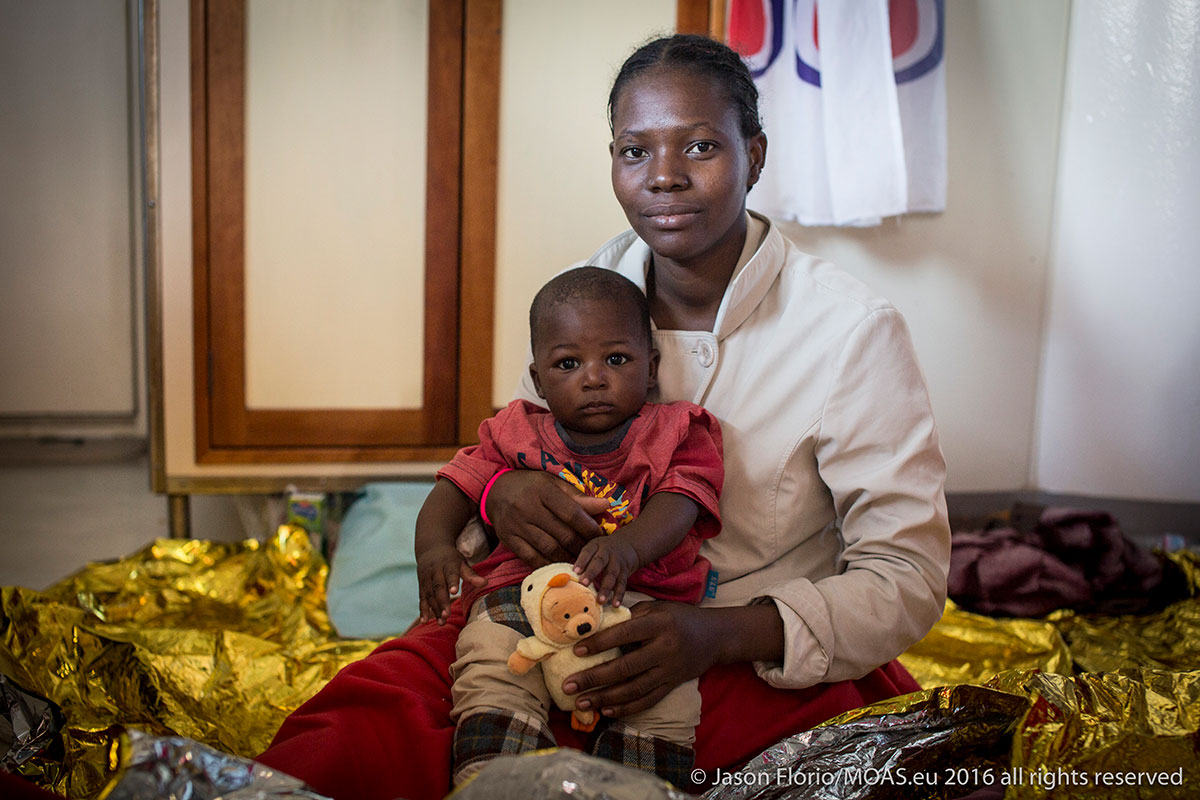 “I come from Kayes, Mali, near the border with Senegal. I did not leave my country because of the conflict, which was in the north. I left years before that because my husband got a job in Libya, and I followed him there. Then the revolution broke out in Libya and the civil war followed, making our life there extremely dangerous. The country is in chaos and when my son Chi was born, I felt too unsafe to raise him there. My intention was not to come to Europe, but nowadays you have no other choice if you are stuck in Libya and want to flee from there. We had to leave, and the only way we could go was through the sea towards Europe. One day I hope I will go back with my husband to Mali, to Kayes. I don’t know what will happen to me in Europe. By now, I only want the best I can get for my son.” 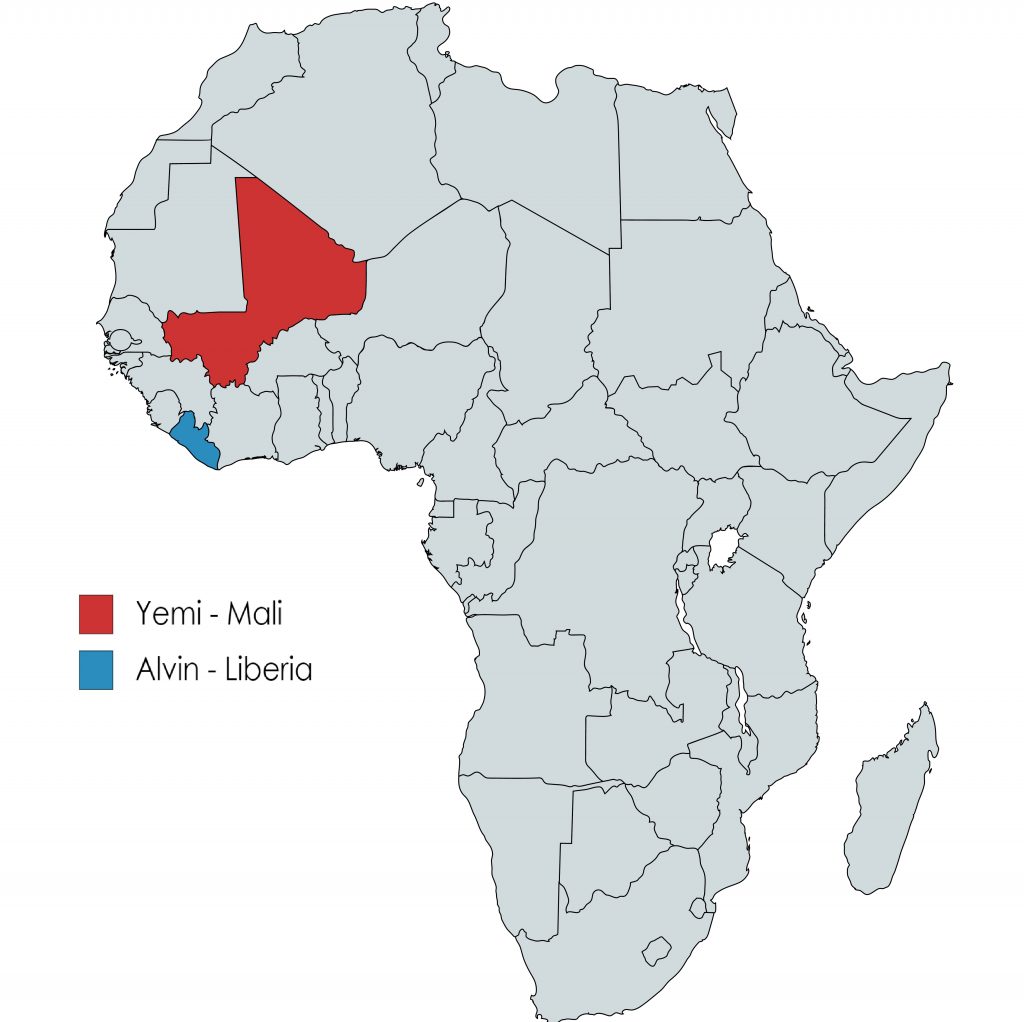 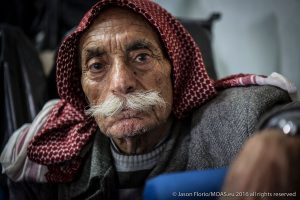 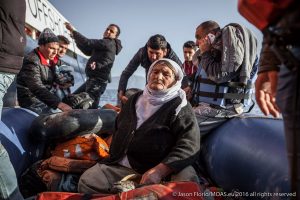 “I am 92 years old, and my husband is 84.  We used to live in Sinjar Province in Northern Iraq with our son and his family.  Back in 2014 fighters from ISIS came into our town and massacred so many of us. They killed my brother in law, they killed our neighbours. Why? Because we are Yazidis. We are different to them.  They forced us to leave or be killed too.   Many of us did escape and took refuge in the mountains north of the city. We were scared. There was no way of knowing if we could go back to our houses or if we would be safe.  That’s when we decided as a family that we had to head west.  When we got to Turkey we boarded a boat to cross the sea.  It was dangerous especially at our age.  My son and his young family jumped aboard but they didn’t want to leave us behind.  We took a massive risk crossing but our son and his family deserve a better and safer future in Europe.  I’m glad we are with them.“ 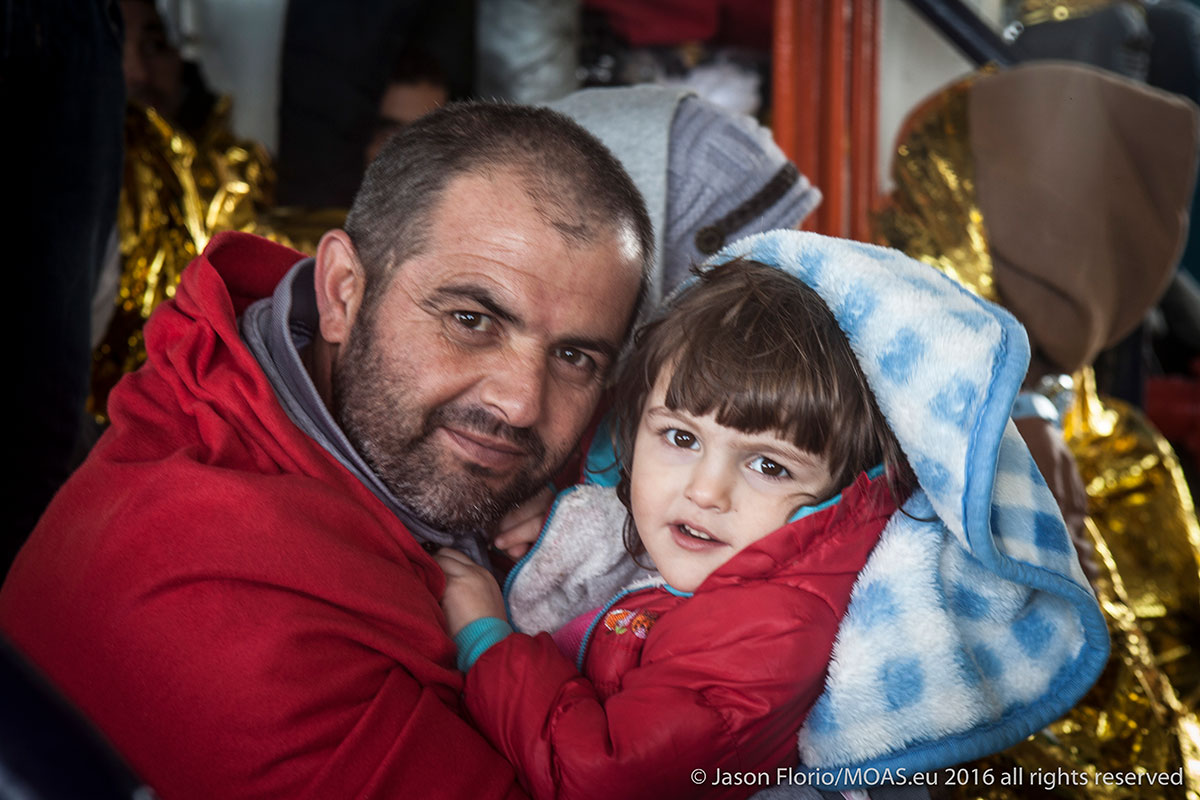 “My name is Alaa and I am with my wife, our three year old daughter Aya and baby Omar.  We are originally from Aleppo in Syria but we had to leave after our house was bombed.  We spoke to our friends and decided we would leave together. Before we were rescued at sea, we’d been travelling for some time. We first went to Turkey and spent some months in Istanbul. Then we took a plane to Libya before going on to Sabratha, a coastal town in the North West. I managed to find a job working in the construction industry there. Life was good but we found it hard to settle there. Eventually, the decision was made to find our way to Europe, Germany specifically. We want to get to Germany because I believe there my family and I have a chance for a better and safer future.” 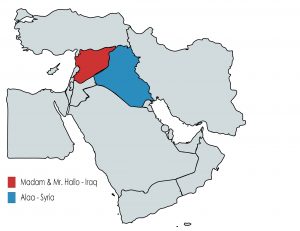 For all the MOAS news and updates, sign up to our newsletter at the bottom of this page, and support our rescue missions by giving whatever you can to help us save lives at sea.