Jasmine & Khaija, Yousef, Appy and Mohamed are just few of the over 33,000 men, women and children that MOAS has rescued and met on our ships in the last two and a half years. They are human beings, just like us; each of them with a personal story of survival, ambition, dreams, sorrow, adventures and misfortunes. Stories of people that have seen their lives endangered by wars, terrorism, poverty, hunger or natural disasters, and who have decided not to give up despite all this. They decided to risk everything by crossing the sea in desperate conditions, and to fight for a better life. 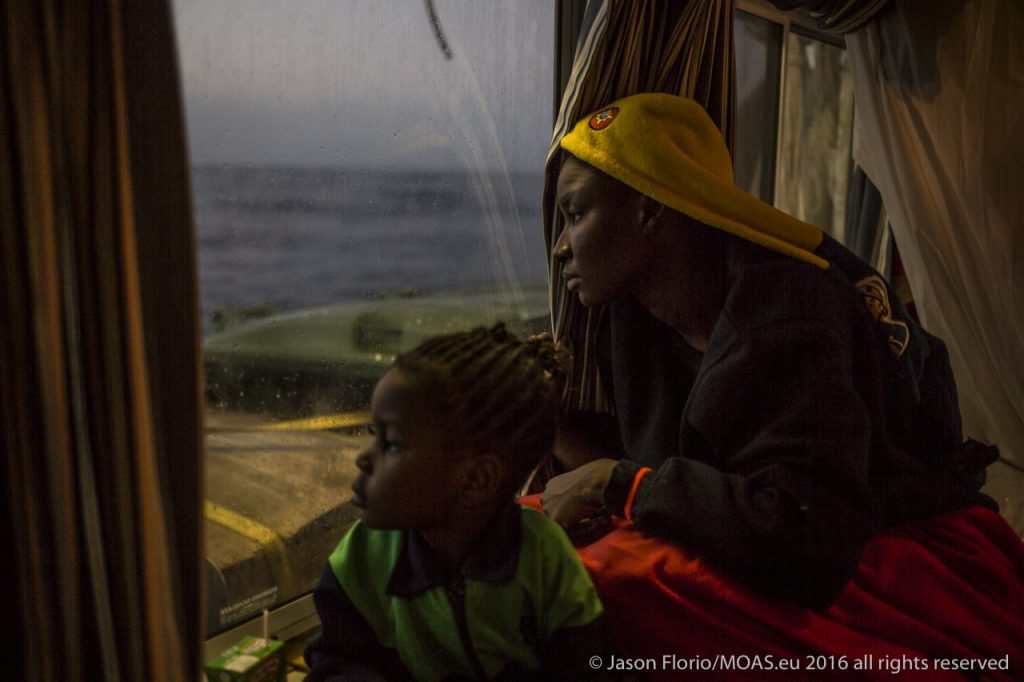 “While I was in Senegal I sold perfume to try to fund my studies. My husband and I were so poor that our friends told us we would find a better future for our daughter, Khaija, in Europe. My husband’s brother in France paid for the journey and we travelled for one month, finally reaching Libya. We had to spend three months there, and in that time we were kidnapped for ransom and badly beaten, even though I am pregnant. We tried to make the crossing 3 times; the first two we were stopped, and on the third try we were kept in a compound for two days before they took my daughter and I to the boat. They separated us from my husband, and now I do not know where he is. While we were on the boat I was terrified for my daughter and for my unborn baby. When you found us, the boat was already sinking. If I had known how dangerous it would be I would never have made the journey.” 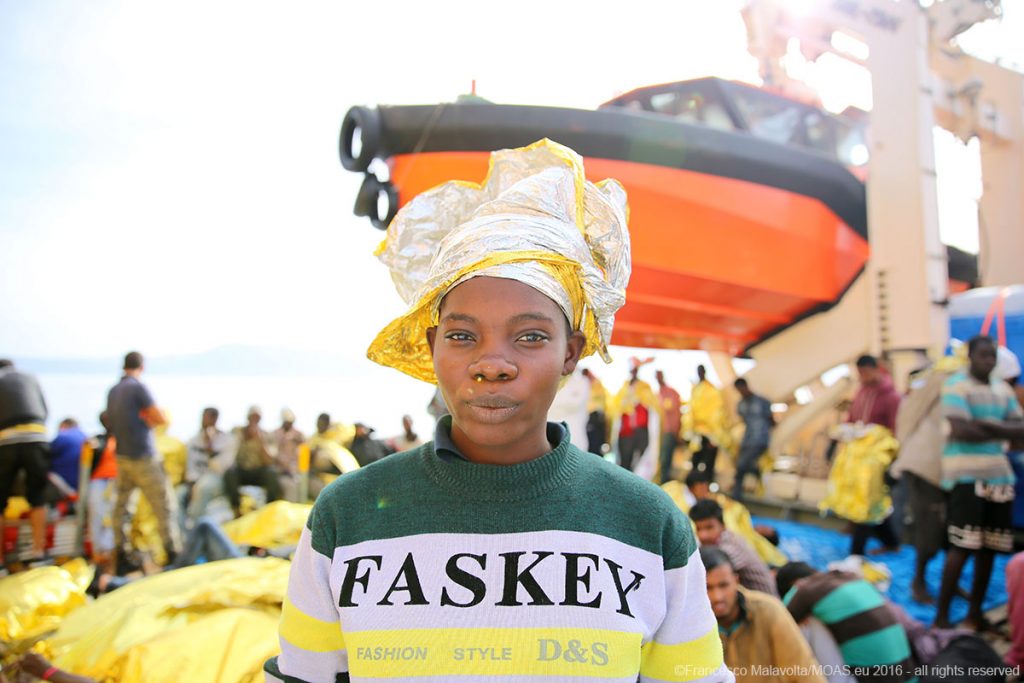 “I left Nigeria because I was forced to. We had no money, and not enough food to feed all my family. When my father lost his job, me and my older brother decided it was time to leave because it was the only way to survive and try to help our family. The journey to Libya lasted three months; it was terrible. Crossing the desert, we spent three days with no food or water, and I really don’t know how we survived. In Libya, we boarded a rubber boat to get us to Europe, but we got completely lost at sea. I thought we were going to die. I cried and prayed to God. The rubber boat was quickly deflating. When I saw your boat, I thought it was a miracle. Now I know that we are going to Italy and I am happy I made it. From now, I am confident I am going to be able to help my family.” 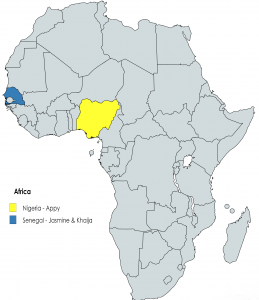 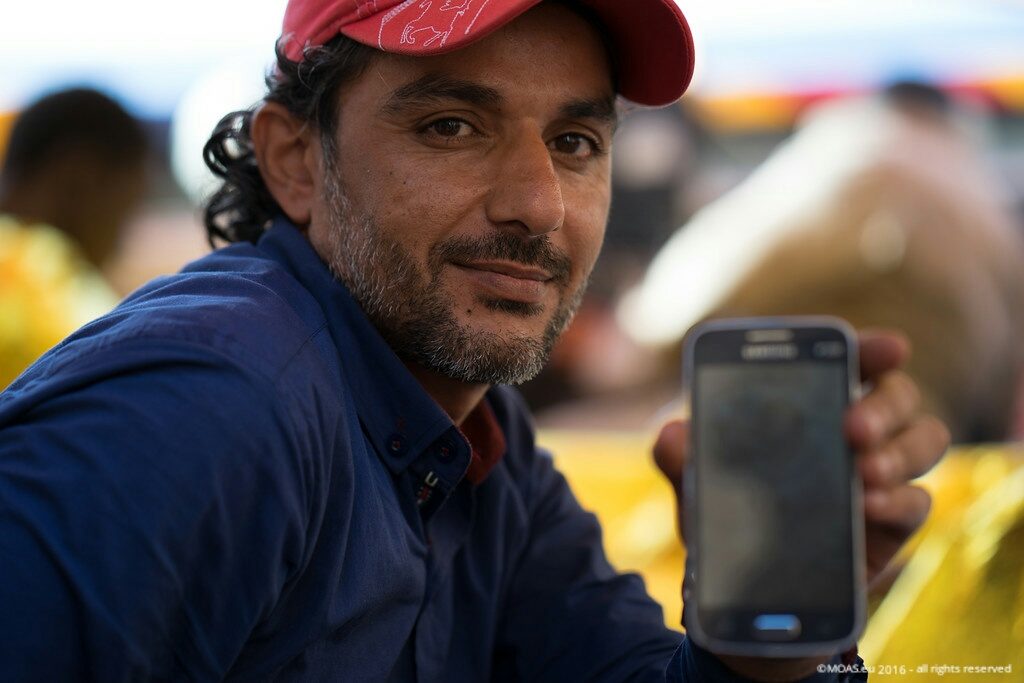 “I am from Aleppo, and after the first wave of bombing hit my area I could only afford to get my pregnant wife out of Syria. She escaped to Lebanon, where she gave birth to our first child, our son Hani.  Over the next year we managed to stay in contact, but she was living in poverty and we were scared our son would never receive an education. As the bombings in Aleppo became worse and I was forced to flee for my life, we decided I should try to find somewhere else for us to live, where our son might have a future.So I ended up in Libya, where I found work, and I stayed there for one year, until the situation became so dangerous that I decided to leave to Europe to survive. What are my hopes? I want to meet my son. I can only dream that one day they will join me and we will all be safe together, and I will be able to hold him in my arms.” 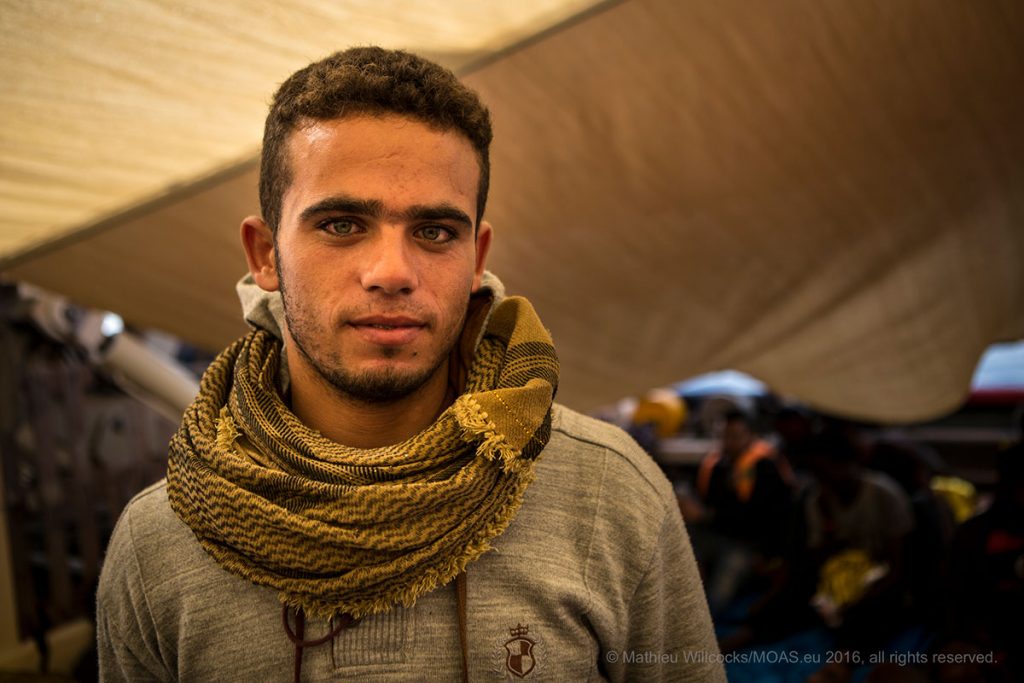 “In Gaza there is no future. Due to the conflict, the Israeli embargo, and the radicalism of Hamas, it’s impossible to have a normal life. Yet, I only decided to leave when my house was destroyed by a shelling. Initially I didn’t want to go: despite everything, Gaza’s my home. But I had nothing else to lose, nothing to fight for but my life and my future. I spent all my savings, I sold all my belongings, just to afford to pay a smuggler and board a wooden boat. By the time I boarded, the only thing I had from home was my scarf. Now a new life is starting for me. I am happy that at least this scarf is left to remind me of my old life.”