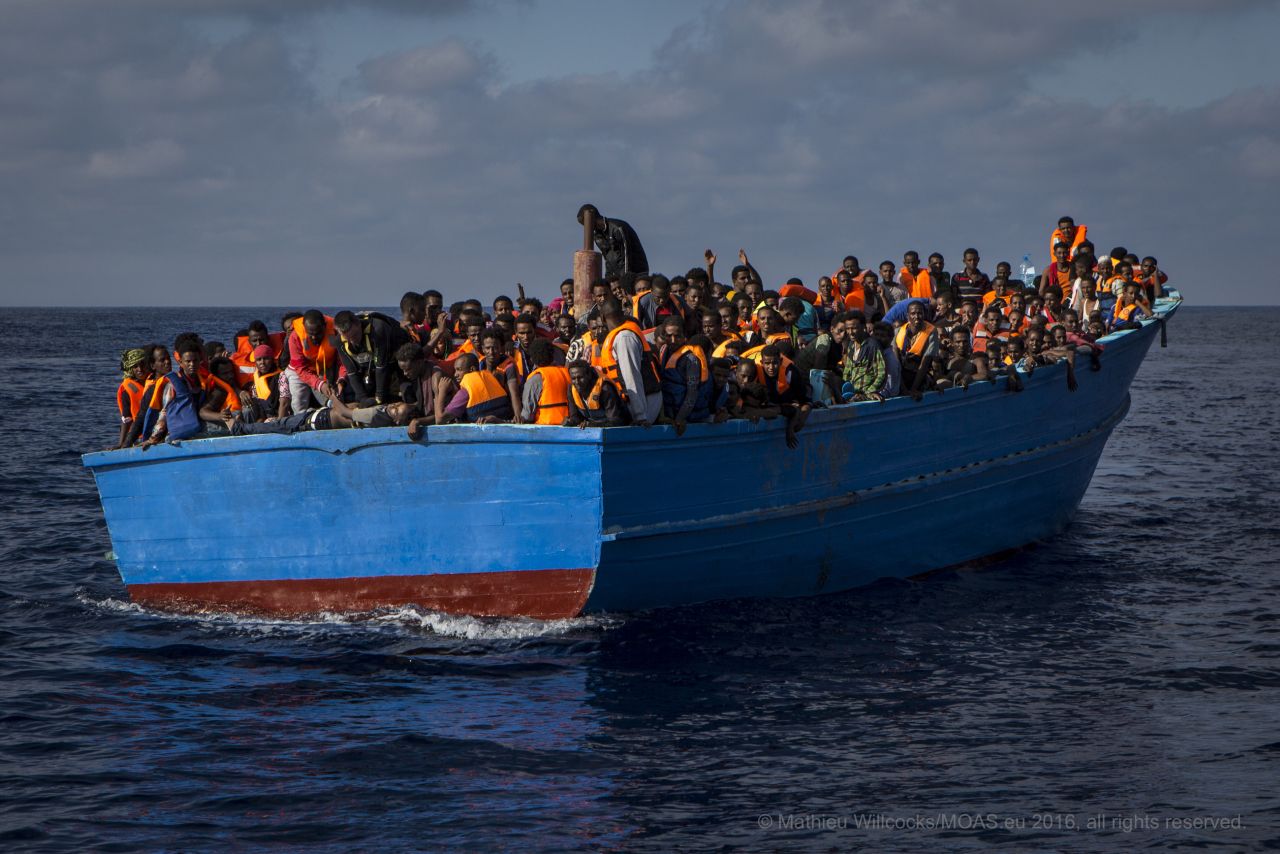 Welcome to the first ever MOAS podcast where we want to include you in what we do, to explore different angles of migration, and help you to better understand the people we save.

Every fortnight we will bring you updates on our mission, tell you about the technologies we use, interview experts to discuss wider forced migration issues, and, most importantly, share with you the stories and experiences of the people we rescue.

So to launch the podcast we talked to Dr Nando Sigona of MEDMIG, an international project shedding light on the stories of migrants and refugees crossing the Eastern and Central Mediterranean.

The transcript of Nando’s interview follows below;

“We carried out 500 interviews, roughly half of them in Greece, and the rest in Italy and to a smaller extent in Malta. What is clear is that the stories that we get are significantly different in terms of the experience of the journeys, and the country of origins vary significantly by route. Reasons for movement that we may define as forced migration – so experience of violence, human rights violation, war and persecution – were by far the dominant stories that we heard. However, there was also a link to dreams about improving their life and a better finding a better future; the experience of forced migration does not mean that someone cannot have aspirations for the future.

What would you describe as the striking trends in this research?

A striking trend was the difference in terms of the durations and trajectories of the journey. It’s very clear that the people reaching Greece through Turkey had a much shorter journey from a smaller number of starting points. The research highlighted that journeys through the Central Mediterranean route started much earlier and take much longer.

What we found out is that the large majority of people reaching Greece would take about 1-3 months to reach Greece from their departure point. This was not the case for people reaching Italy or Malta through Libya in particular, where the journeys are longer, with the majority taking 3-18 months.

There are also people who have been migrating or in a different country from their country of origin for many years, so there are the issues of remigration or secondary forced displacement for people who were seeking refuge in Libya or in Egypt and were forced to leave because of political instability, violence, racism, and threat to livelihoods.

Can you describe what you mean by primary and secondary drivers of migration?

We wanted to stress that while the primary reason for people leaving their country of origin or country of permanent residence may be linked to violations of human rights, persecution and war etc, they may also have another set of reasons for trying to get to a destination.

For example, if you are refugees from Syria and some members of your family are living in Sweden, then yes, you’re refugees, but you also have other attachments and motivations for your journey that may take you to Sweden, rather than to Lithuania.

This has been a big challenge in terms of understanding where people were going once they arrived in Europe. One of the findings of the research is that the very large majority of the refugees and migrants we interviewed in Greece didn’t see Greece as a destination point, but as a country of transit. Some of them were stuck there, others left very quickly. In the case of Italy, we found the opposite. For a large number of people we interviewed, Italy was, at least for the time being, their final destination; they were not aiming to move onwards quickly.

One of the arguments of your research is that politicians and the media have been making assumptions about the migrant crisis – can you explain this?

Looking at the ways that the response to the migrant and refugee crisis has unfolded, first of all there has been a lot of panic among European policy makers, especially in the first couple of years. The situation started to settle down since the introduction of the EU-Turkey deal.

There was the assumption that there was a very clear-cut distinction between the people reaching Greece from Turkey, who were ‘refugees’, and the people travelling from Libya to Italy or Malta, who were not genuine refugees or were economic migrants, and for this reason were less deserving.

The other assumption was that everyone in Africa wanted to move to Europe, which wasn’t something that we found. In many cases, many people we interviewed in Italy had wanted to create a life in Libya but then realised that this was no longer possible. Very often people forget that there is a lot of mobility and migration within Africa and not everyone is trying to reach Europe.

One of the thrusts of the MEDMIG report is support for the creation of safe and legal routes; do you think we’re any closer in achieving this?

There have been a few attempts; for example, the humanitarian corridors experience that a number of orgs in Italy have put in place are a good example of a successful attempt to create safe routes. What we have learned in the last three years is that there clearly doesn’t seem to the political will for a large scale opening up of safe routes.

What the safe routes would enable is ensuring that the journeys are less dangerous, and that the business of the smugglers would be reduced because there would be less need for their services.

Would it reduce the number of people that wanted to reach Europe? No, because a change in the means of transport doesn’t mean that the reason people want to migrate changes. As long as there is a civil war in Syria, or political instability in a number of African states, there will still be the need for people to look for a better and safer place.

With the EU-Turkey deal in place, what do you make of the recent developments in the European Agenda in Migration, and the recent EU-Libya deal. Do you see them working? Is this the right way forward?

The question is: are they working according to the goals of what the European leaders wanted to achieve? Probably yes, in terms of the EU-Turkey deal, in the sense that clearly since the implementation in March 2016, the number of people that crossed through Turkey to Greece has reduced significantly and is back to pre-crisis levels. In that sense, they managed to really curb the flow. How sustainable this is as a solution is a different set of issues. Basically, it links with the broader issue of the geopolitical dimension of the crisis, in the sense that Turkey, through the implementation of the deal, has gained a lot of leverage over the EU, and is able to open and close the tap in terms of allowing people to move in and out of Turkey. The sustainability in the medium and longer term of the deal is not as secure as some people may imagine.

The other point we asked is: can this be replicated elsewhere, like in Libya or in the African States? Clearly, the European agenda is moving in that direction. The debate around the Migration Compact, now called the ‘Partnership with African States’ after the Valletta Summit, is moving in that direction. There has been in the last 12 months a sustained attempted to stabilise Libya and the UN-backed government. This has been very much linked to providing training and resources to the coastguard. The stabilisation of Libya has gone hand-in-hand with an attempt to get Libya to do the job that the Gaddafi government used to do, in the sense of controlling the flows reaching Europe. The situation is still politically unstable; we don’t know how stable it is.

What is likely to happen in the medium term if Libya becomes less accessible, is that people are going take more dangerous routes. They won’t leave from fairly safe departure points but will leave from more rocky and dangerous coastlines, which may increase the number of people that die. They may start to travel more at night so they are less easy to identify, or other routes may open in other places. We saw in 2016 some attempts of people departing from Egypt, but that is much more difficult as a journey because it’s a much longer distance, and will take a different kind of infrastructure. What we may see is increased pressure on Morocco or the Canary Islands, for example, as a result of the Libyan routes being no longer available.”

That was Dr Nando Sigona telling us about the experiences and journeys of migrants crossing the Central and Eastern Mediterranean. You can find a link to the full MEDMIG report here.

Join us in a fortnight when we will be bringing you more from MOAS, and discussing how conscription in countries like Syria is forcing young people to leave. For all the MOAS news and updates sign up to our newsletter at the bottom of this page. You can support our rescue missions by giving whatever you can to help us save lives at sea.