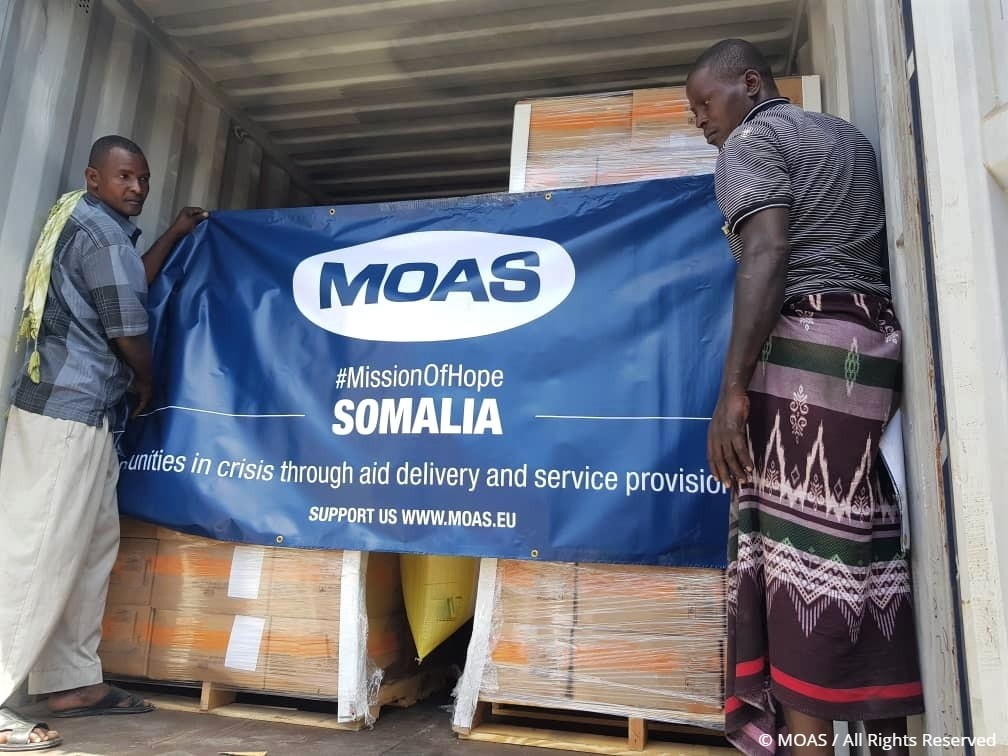 MOAS is proud to announce the continuation of the program #MissionOfHope. We have done our first delivery of over 25 tons of life-saving nutritional supplies to the port of Mogadishu, Somalia, with the support of the donors and partners.

Through our partnership with Edesia, which frequently collaborate with MOAS to coordinate nutritional aid deliveries to communities in crisis, we have successfully shipped 25 tonnes of the ready-to-use supplementary food Plumpy’Sup™ to our newest local partner International Medical Corps.

This supplement is specifically formulated to treat moderate acute malnutrition (MAM) in children aged six months and over. The treatment usually lasts between twelve to sixteen weeks, with one Plumpy’Sup™ sachet being distributed each day for every child.

Considering that one in seven children under the age of five in Somalia are acutely malnourished, shipments such as this are vital to combating infant malnutrition and mortality in the country. Now the shipment has arrived the next step will be distribution. This will be undertaken by our in-country partner International Medical Corps, which is working tirelessly to serve the immediate nutrition, sanitation and hygiene needs of the most vulnerable people in the country. Its current operations include scaling up health and nutrition assistance in Mudug and Galgaduud, two regions at emergency levels of acute food insecurity.

Regina Catrambone, MOAS Director, stated: “Somalia is facing myriad crises, and the combination of this year’s pandemic, locust infestation, flooding and residual effect of past droughts is threatening to aggravate the already critical situation even further. There is an urgent need to address the immediate nutritional requirements of Somalia’s most vulnerable communities. Therefore, MOAS is very thankful to be able to collaborate with International Medical Corps on this shipment, and to contribute to alleviating the suffering of thousands of children. MOAS’ aim is to save lives and to give a helping hand to the most vulnerable people around the world”.

The humanitarian crisis in Somalia is one of the most prolonged and complex in the world. For nearly three decades, pervasive conflict combined with intensifying natural hazards, including recurrent droughts, have led to critical food insecurity, poverty and displacement throughout the country. These continual disasters have resulted in widespread malnutrition, as well as the creation of over 2.6 million internally displaced persons (IDPs) in their search for food, safety and humanitarian assistance. Food insecurity is rampant across Somalia, as there are approximately 4.5 million people at risk of acute food shortages, particularly among rural communities and displaced populations. 2020 has brought many further challenges which threaten to exacerbate the already fragile situation. This year, Somalia has experienced the country’s worst locust outbreak in 25 years, which has posed “a major threat to Somalia’s fragile food security situation”, flooding that has displaced over 650,000 Somalis from their homes, as well as the COVID-19 pandemic, which is now putting significant pressure on the country’s already strained health care system.

The combination of the persistent insecurity caused by the conflict, prolonged climate-related disasters, and displacement has significantly restricted the ability of Somalis to support themselves economically. This has consequently led to extensive reliance on external assistance for survival, as more than 5.2 million people are in need of humanitarian assistance, and this number is likely to increase due the effects of this year’s events. In response to the considerable need for humanitarian aid, in 2020, MOAS made the decision to expand our operations to contribute to this crisis. 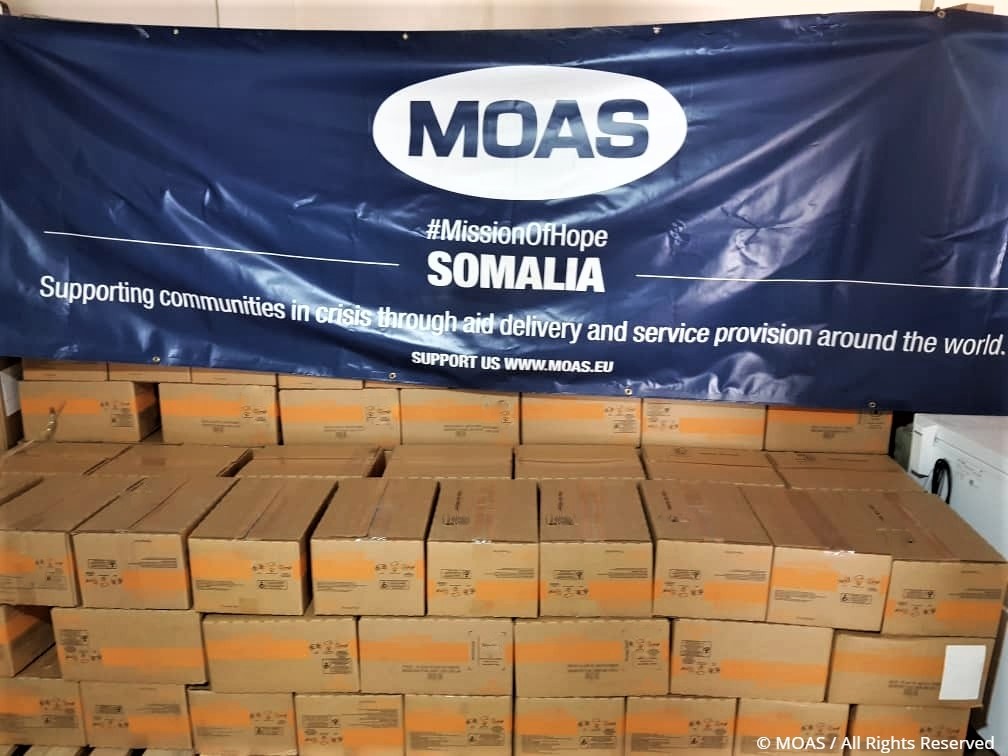 To find out more about this mission and how to support our work, please email [email protected]

MOAS is an international humanitarian organization founded in 2013 and dedicated to providing humanitarian assistance and services to the most vulnerable communities around the world. Since its inception, MOAS has reached hundreds of thousands of people through its activities. After several Search and Rescue missions in the Mediterranean and Aegean seas, MOAS moved its operations to Bangladesh, to assist Rohingya refugees fleeing violence in Myanmar and the local host community. Today MOAS is currently involved in several projects (Yemen, Bangladesh, Somalia) assisting the most vulnerable communities in the poorest areas of the world and in Malta. In 2019 with the launch of the #SafeAndLegalRoutes campaign, MOAS advocated for to national, European and international institutions to fight human trafficking by increasing safe and legal means of migration that still exist but are not used to allow those in need to safely reach the countries of asylum/destination.