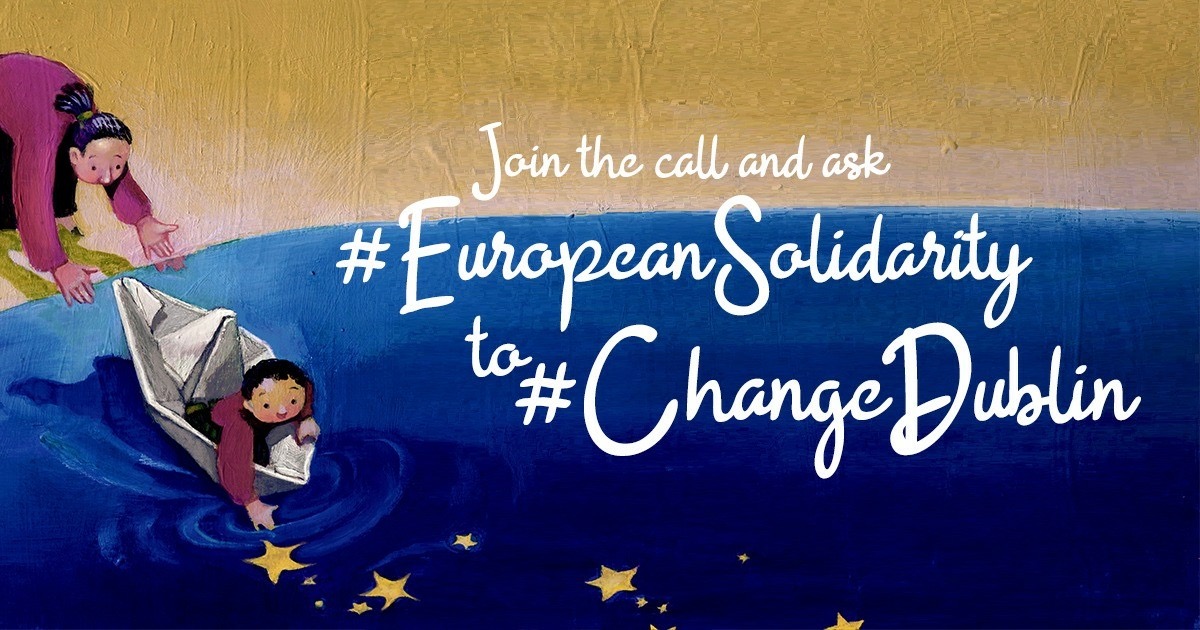 MOAS joined a mobilization of European Solidarity on the 27th June, direct from Republic Street, Valletta.

The call to action drew in support from over 2200 organisations and individuals, in more than 60 public squares all over Europe,

MOAS joined them in unison, on the street and online, spreading the word on changing the Dublin III Regulation on asylum seekers’ entry to Europe.

The one-day awareness campaign was held in anticipation of the European Council’s summit on migration, happening on Thursday. Campaigners wanted to remind European leaders that, ‘asylum in Europe is a fundamental right’, but that the current system doesn’t work and that the seeking of asylum needs to be shared more equally among all European member states.

‘EU Governments must put in place common answers to what Is clearly a common challenge.’ The campaigners said, adding, ‘The fight for European solidarity must not be done at the expense of people in distress at sea, as happened last week to the 629 people on the Aquarius, but by changing unfair rules such as the Dublin Regulation which leaves the major responsibilities on welcoming refugees to the front-line countries.’

Throughout the day, the MOAS team spoke to the public and visiting tourists, to raise awareness of the event and giving them a small paper boat, the symbol of the event.

In addition to promoting a fairer asylum process was the promotion of safe and legal routes for migrants. The development of humanitarian corridors has and continued to be a central principle of MOAS’ vision. Since 2014, the organization has promoted the formation of regular pathways that migrants and refugees can use to enter Europe safely and legally, thus diminishing the exploitation by traffickers and smugglers and unnecessary deaths at sea.

MOAS Director, Regina Catrambone said, ‘Today, in light of a rise in anti-EU feelings and rampant discrimination, we all have to commit to reviving European founding principles, the most important one being solidarity. This is why MOAS decided to actively support the European solidarity initiative asking all European governments to contribute to welcome refugees in the best way possible.’

You can read more from the MOAS Director here.

Coincidently, while MOAS and others were campaigning for a fairer asylum system in Europe, permission was granted for the Search and Rescue vessel, Lifeline to enter Maltese port and disembark its 234 rescued passengers.

The vessel had been drifting for 8 days at sea, waiting for EU leaders to come up with a pan-European response.

The situation, at the political level, shows the urgent need for European asylum reform to prevent such crises happening again.

MOAS’ participation in the civil society action and events in the community surrounding the campaign described above was supported and facilitated by the EVS volunteers currently placed with MOAS.