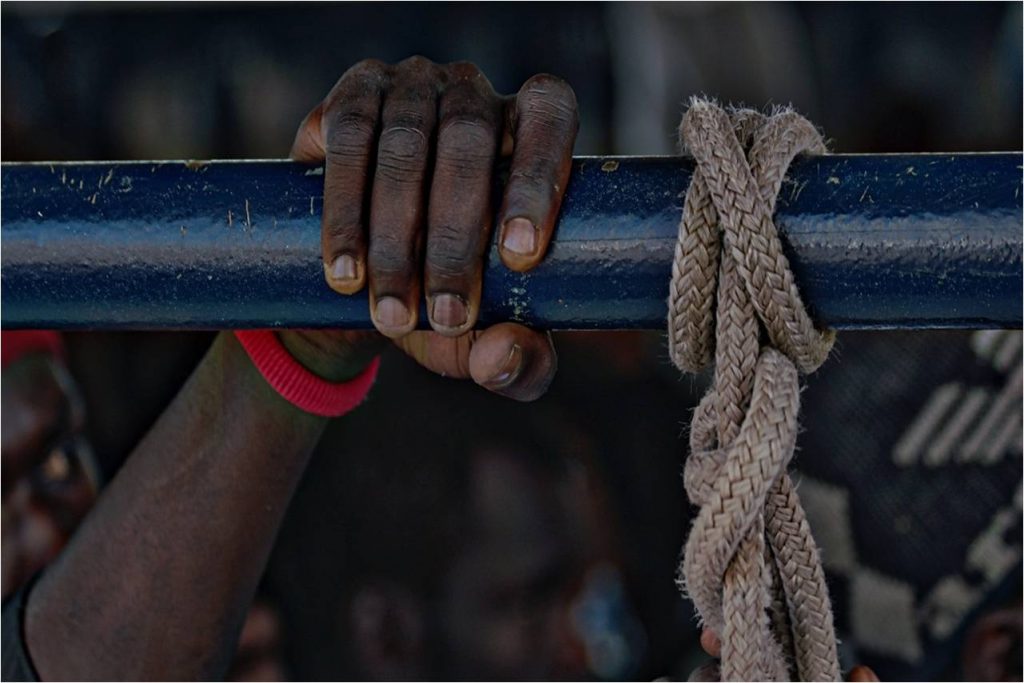 With 40 people still trapped in limbo in the Central Mediterranean, MOAS calls on European governments to urgently agree and implement a coordinated, long-term strategy for disembarking and relocating migrants and asylum seekers.

40 people – reportedly from Bangladesh, Egypt, Libya, Mali and Nigeria – left the Libyan coast on Wednesday 11th of July in a bid to reach Europe aboard a small wooden boat. According to accounts that have emerged over the past week, the boat’s engine broke down, leaving them stranded for five days without food or water. Eventually, the boat drifted towards a gas platform off the Tunisian coast, where the migrants were transferred aboard the Sarost 5, a supply vessel run by Tunisian gas company Miskar.

The crew initially received permission from Tunisian authorities to dock in the port of Sfax, but this authorisation was quickly revoked. The ship then attempted to enter the Tunisian port of Zarzis, to no avail. As a result, crew and survivors have been trapped a few miles off the Tunisian coast since Sunday 15th of July. Meanwhile, European ports have remained closed to the ship so far, despite claims from the NGO AlarmPhone that the migrant boat had entered Malta’s Search & Rescue zone before its passengers were transferred to the Sarost 5.

This continuing delay in disembarkation is a major threat to the health and wellbeing of vulnerable and exhausted people. Many of those on board will have faced gruelling journeys lasting several months and will be in urgent need of care and medical attention. One injured man, two pregnant women and three children are among the survivors.

Regina Catrambone, MOAS co-founder and director, says: “I am deeply concerned about the fate of the 40 migrants stranded at sea since July 11th. A few days ago, we heard that food and water supplies on board the Sarost 5 were almost exhausted. No country is willing to welcome these people. How can we stay silent in the face of such an injustice?”

MOAS calls for a coordinated strategy to ensure the immediate disembarkation of migrants rescued by the Sarost 5. Having been the first civil society organisation to launch a maritime Search & Rescue operation in August 2014, MOAS is fully aware of the challenges faced by NGOs saving lives at sea, and of the threats posed by unnecessary delays. We appeal to European governments to urgently develop and implement a long-term plan for the disembarkation and relocation of people rescued in the Mediterranean Sea.