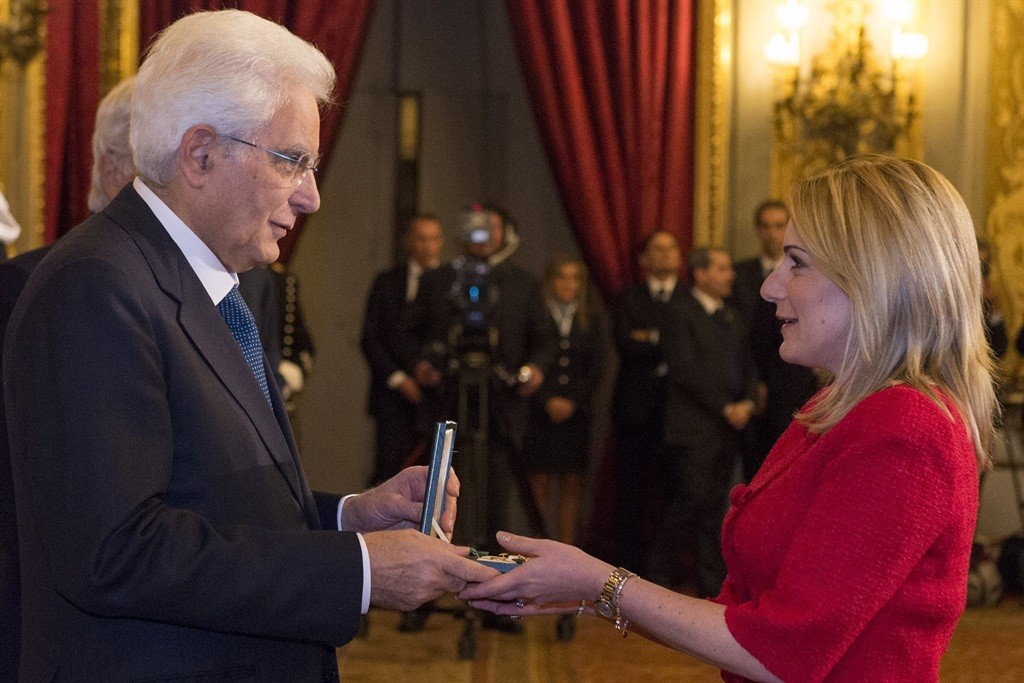 MOAS founder Regina Catrambone was this week officially awarded the Order of Merit by the President of the Italian Republic Sergio Mattarella for her work in setting up the search and rescue charity Migrant Offshore Aid Station.

MOAS has rescued almost 12,000 men, women and children from the Central Mediterranean since August 2014.

Ms Catrambone, an Italian citizen from Reggio Calabria, founded MOAS together with her husband Christopher Catrambone, in response to a plea by Pope Francis to combat what he termed the “globalization of indifference” towards refugees.

“It is truly an honour to be recognised by my country’s head of state and to know that the Italian Republic supports the work we are doing to help bring desperate families to safety instead of letting them die at sea. Our work would not be possible without the support and cooperation from Rome’s Maritime Rescue Coordination and other authorities working in the region to save lives,” said Ms Catrambone.

Ms Catrambone received the award at the President’s residence in Rome known as the Quirinal Palace, together with 17 other awardees.

MOAS this month announced that it will be expanding its mission to the Aegean Sea and to South East Asia.

MOAS is fully-funded by donations which can be made on www.moas.eu/donate