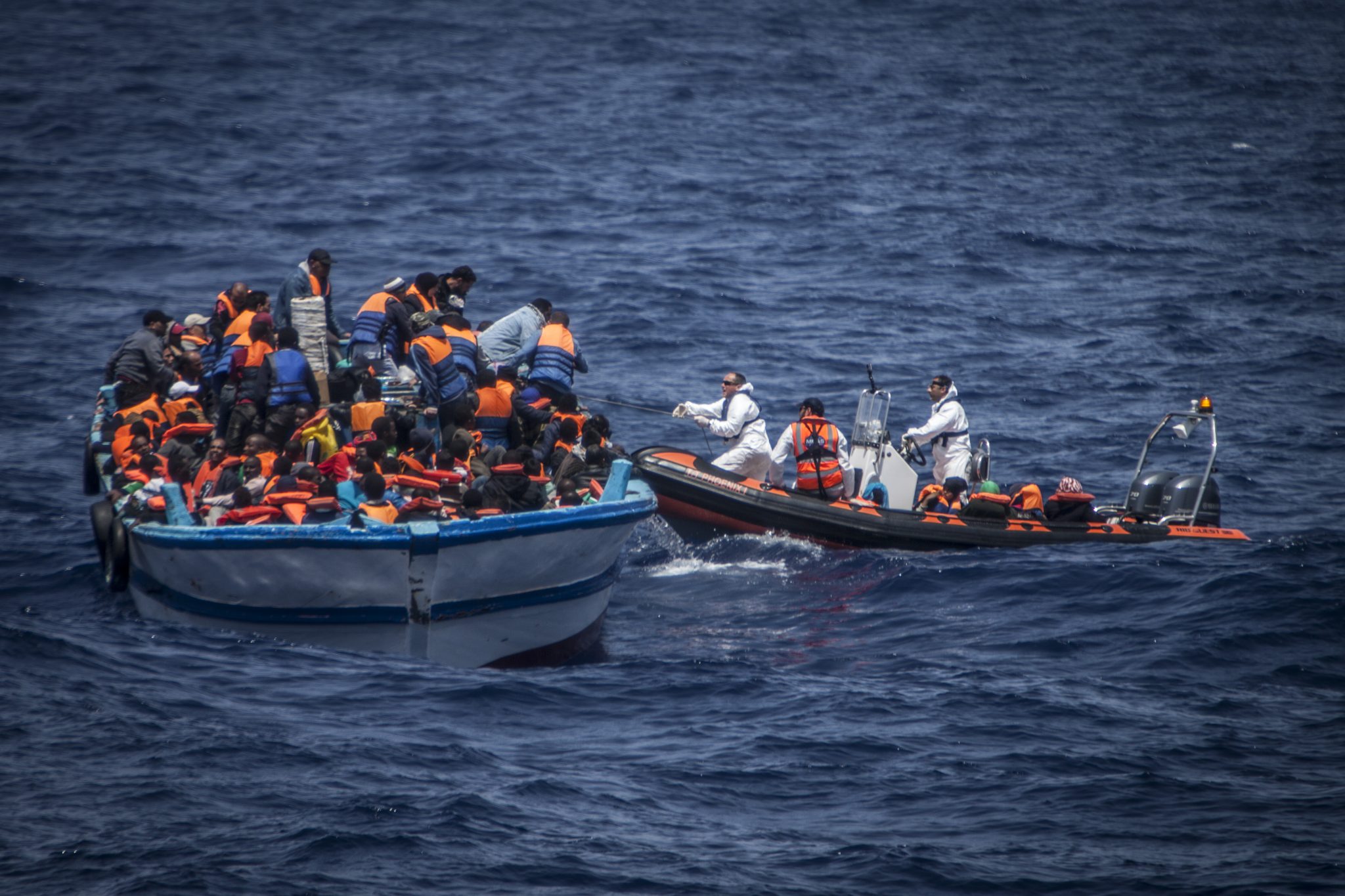 How Many People Will Drown in the Mediterranean This Year?

‘Merchant vessels and national coastguards have again responded valiantly to the immense and growing challenge of saving the lives of vulnerable migrants, refugees and asylum seekers off Europe’s southern shores. But that’s far from enough in the face of this growing humanitarian crisis. Without a European search-and-rescue operation, the European Union’s approach looks increasingly haphazard and negligent,’ Amnesty International Deputy Director for Europe and Central Asia Gauri van Guilk said in a scathing response to the incident.

What would the body count have been if the commercial vessel hadn’t reported the incident?

The success of the MOAS 2014 missions was due in part to the fact that we were one of multiple assets at sea: the MOAS Search and Rescue (SAR) vessel Phoenix coordinated with a larger naval operation (Mare Nostrum) as well as commercial vessels near the Libyan coast. MOAS monitored distressed ships, communicating with appropriate authorities, and taking migrants aboard until the Coast Guard arrived.

In 2015, MOAS could be one of the only SAR vessels patrolling the waters near Libya.

Without a fleet of ships in the area equipped to receive and treat hundreds of migrants at a time, Phoenix may be directed by authorities to transfer the rescued individuals to official processing points as far away as Sicily. Fuel and supply costs will increase dramatically. Getting to Sicily, resupplying and returning could leave a vast area of the migrant shipping lane unpatrolled for at least 3 days at a time. Though the death toll is unknowable, the consequences will be dire.

Commercial vessels near Libya will have to pick up the slack during the busiest migration season of the year.

‘This goes well beyond what should be reasonably expected of merchant seafarers,’ the International Chamber of Shipping (ICS) Secretary General Hinchcliffe said in a press release preceding a 4 March meeting between ICS, the International Maritime Organisation and United Nations higher ups. At the meeting, ICS urged the EU to come up with a political solution to migrant sea rescues.

While acknowledging the legal and moral obligations to aid anyone in distress at sea, Hinchcliffe emphasized the risks commercial vessels undergo: ‘Some ships have had to rescue as many as 500 people at a time, with serious implications for the welfare of ships’ crews given the health and security issues involved in dealing with such large numbers.’

The first step to recovery is admitting the problem. In a statement released 4 March, the European Commission (EC) acknowledged the fact that Operation Triton is no replacement for Mare Nostrum. But the EC continues to stall, hinting at a resolution in mid-May.

MOAS needs your help. Without the help of a dedicated SAR operation, mission costs will skyrocket.

No one deserves to die at sea.     MOAS has proved they can respond, coordinate and assist in Search and Rescue. We are looking to fund the 2015 season and look forward to discussing this topic further. Contact me at [email protected]