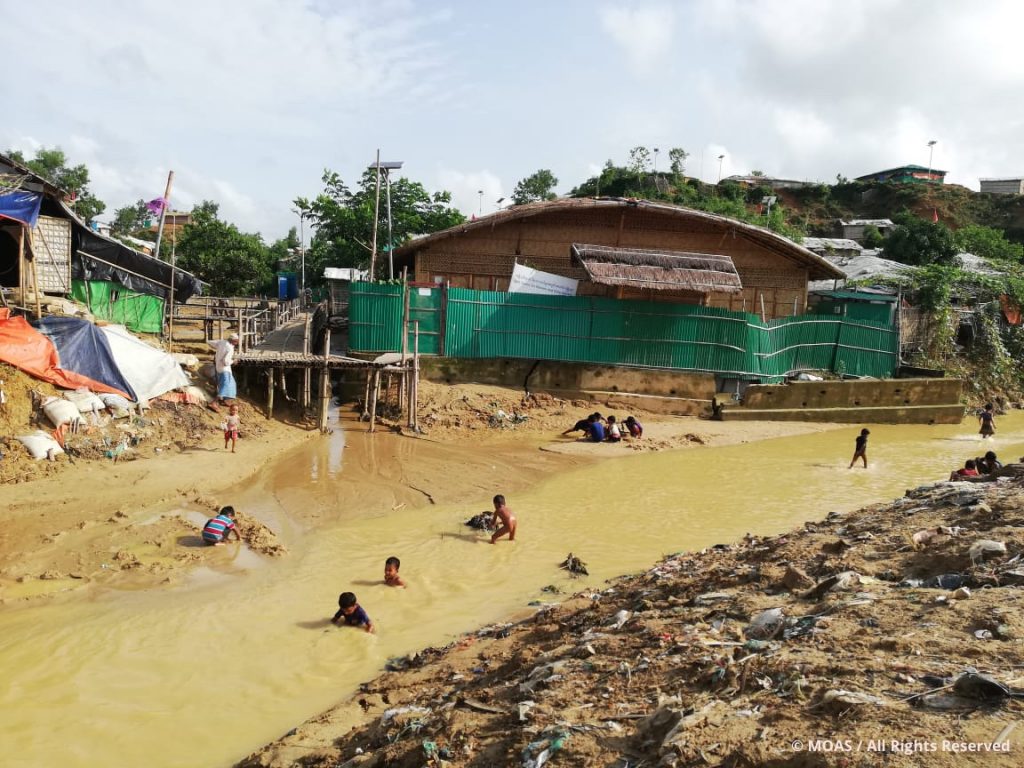 Imagine fleeing violence, persecution and genocide. Taking only what you can carry in your hands, walking for days and crossing an international border, looking for safety and security. Imagine beginning a new life in the world’s biggest refugee camp just inside Bangladesh. Having experienced all of this trauma, then imagine losing your child, not to disease or violence but to a more benign killer – drowning.

The World Health Organisation have called it ‘The Silent Epidemic’, MOAS is working hard to help find solutions.

As monsoon season begins in Bangladesh, scaling up critical disaster risk reduction become a priority. According also to the ISCG, the arrival of the monsoon season, with heavy rains in the past few days, will exacerbate an already precarious situation in Cox’s Bazar District, particularly in the Rohingya refugee camps, where almost 860,000 Rohingya refugees are living in overcrowded conditions and temporary shelters, many situated in hazardous terrain.

Moreover, heavy rains throughout Bangladesh have recently led to an increasingly dangerous situation in the refugee camps with more people now at risk of drowning. Heavy rains cause the water levels to rise dramatically in the streams, pools and reservoirs in the camps and children are particularly at risk, given the almost total absence of safe places to play, and the irresistible attraction of the pools in the hot, humid weather.

In 2019, in response to the problem and in partnership with the United National High Commissioner for Refugees (UNHCR), MOAS shifted its operations to deliver professional flood and water safety training to the Rohingya population as well as the local host community to improve their response to emergencies like these and to prevent further loss of lives. The Flood and Water Safety Training course builds community capacity, training Rohingya or host community volunteers to be able to act as first responders in the event of a water related emergency and to manage the aftereffects of flooding. By December 2019, MOAS had trained over 1230 safety volunteers, with the aim of reducing water related dangers in the camps and provide assistance in emergency flooding events.

This year, we are facing additional challenges in implementing our activities, due to the COVID-19 outbreak in the camps. Reduced humanitarian presence in the camps and delivery of only critical, life-saving services as essential COVID-19 mitigation measures, has limited the ability to fully carry out key activities.

Unfortunately, despite the efforts made, drownings of kids continue to happen, meaning that the flood and safety training must continue and need to be implemented, to provide lifesaving skills to Rohingya and host community.

Our field team in Bangladesh sadly witnessed some tragic stories that have led to recent fatalities in the refugee’s camps, because of rising of water levels in ponds. 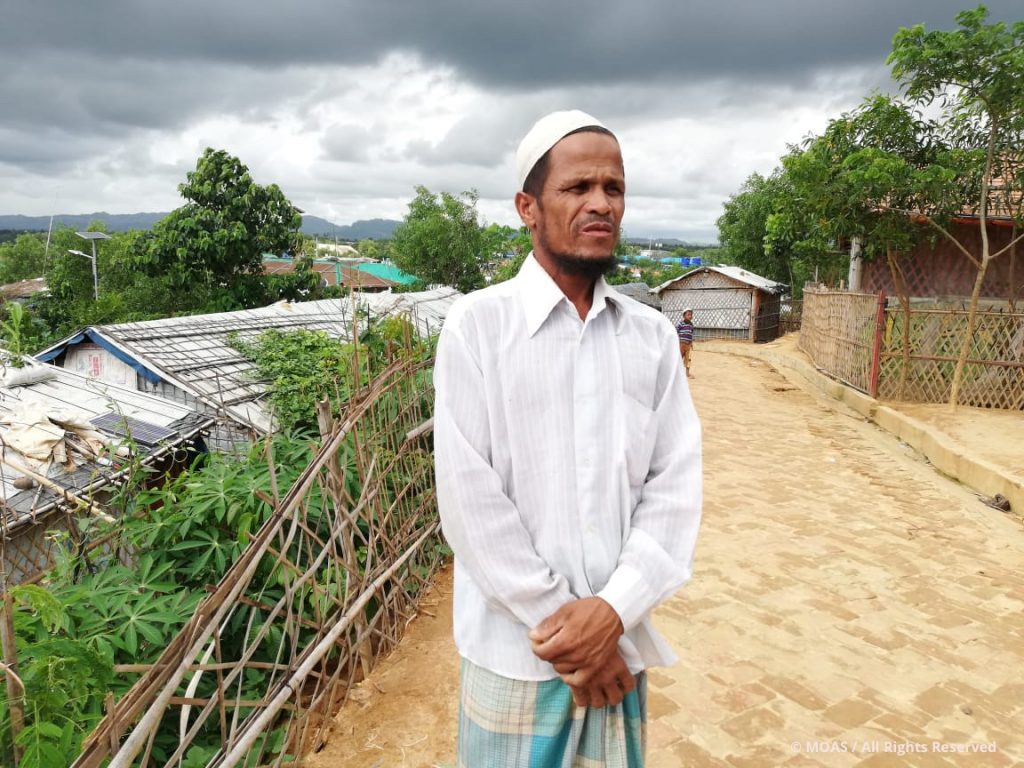 The day started just like any other for Masud, an 11-year-old boy who lives in camp 4. After going to the Madrasa and eating the rice and vegetables his mother had prepared for him at home, he decided to meet his best friend Salim to play football next to the pond.

However, with the recent heavy rains the pond was very full and when Masud fell in, he was unable to get to safety. Salim quickly ran home to tell Masud’s family what had happened and, as his father immediately rushed to the scene in floods of tears, a further 30 people also gathered by the pond to help.

Masud was pulled from the water unconscious and rushed to hospital. However, after 20 minutes Mohammed’s death was declared leaving his family and friends devastated by the tragic end to a day which had seemed, initially, just like any other. 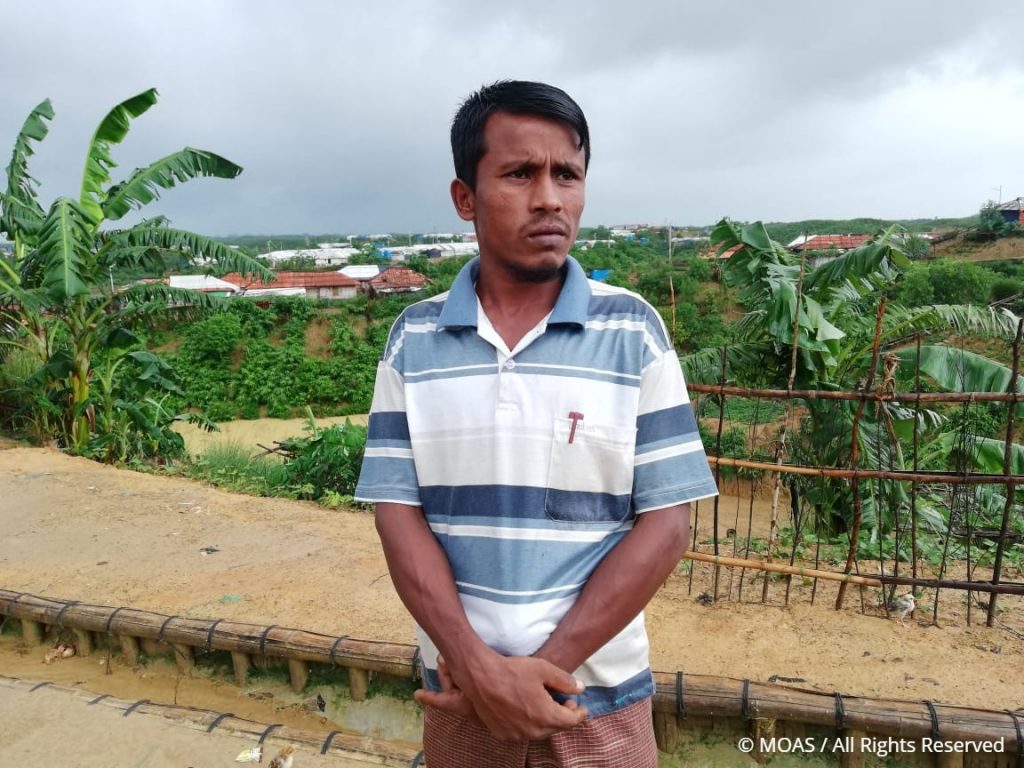 Kabir was a 17-year-old orphan with epilepsy living with his aunt and uncle in camp 20 in Cox’s Bazar and decided to go to the pond to bathe. As it is now monsoon season this particular pond had flooded and was now 15ft deep. When Kabir got out of his depth he drowned as there was tragically nobody else at the pond at the time to help him.

Later that day, some young boys went to play football and bathe in the same pond where Kabir had gone that morning and were alarmed to find Kabir’s body. The boys helped pull Kabir out of the water and then informed his uncle of the devastating news.

Fahima was a three-year-old living in camp 20 extension with her family and, after school and visiting her grandparents’ house one day she went to the pond without the knowledge of her family.

When realizing Fahima was not as her grandparents’ house her family soon panicked and with the help of their neighbors searched the area for her. Finally, Fahima was found in a nearby deep pond. The family were devastated and asked the 4 CPP volunteers working nearby to help. However, by the time the volunteers made it to the pond and pulled Fahima from the water she was unconscious, and sadly did not survive in spite of the desperate attempts to resuscitate her. 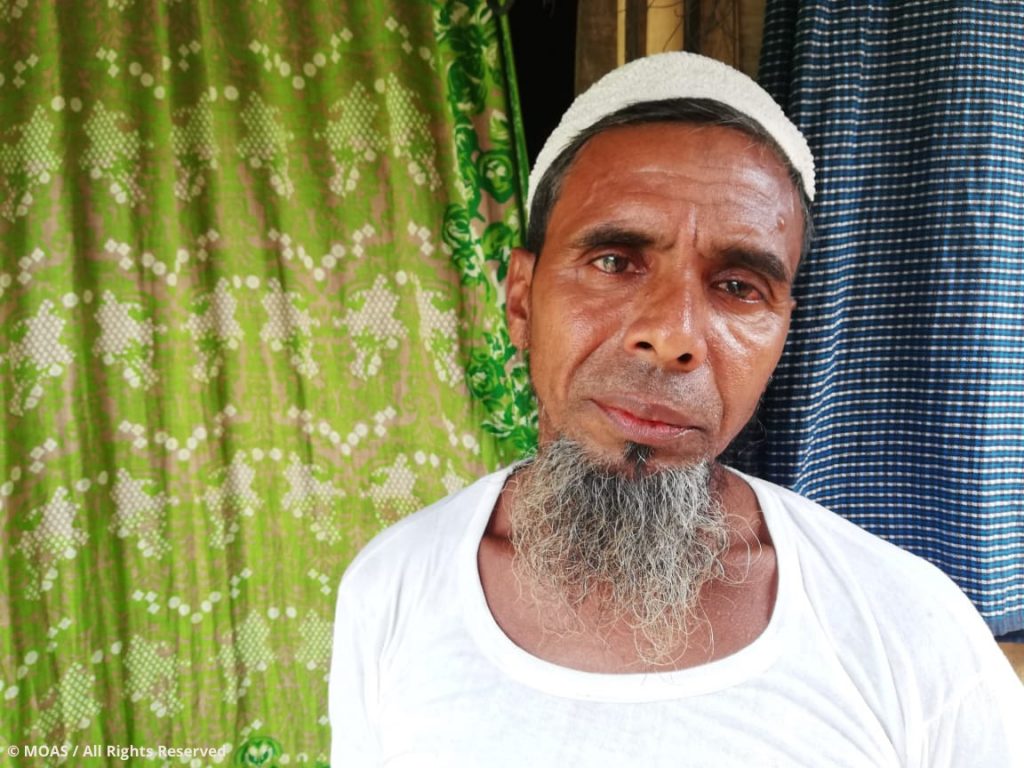 Tasheen was a 7-year-old who lived with his parents in camp 13 and loved to play with his friends. One day, Tasheen was called to eat his lunch by his parents but instead decided to first go and play in a nearby pond with his friend, Fahim. Tasheen’s parents were preoccupied with housework and therefore didn’t immediately notice that he had disappeared.

Tasheen, just like like Masud, Kabir and Fahima, then got out his depth in the water and his friend Fahim was unable to help and sat by the pond in floods of tears, unsure what to do. A man passing by noticed Fahim’s crying and helped pull Tasheen’s unconscious body from the water. Tasheen’s death was later announced in MSF’s nearby hospital. 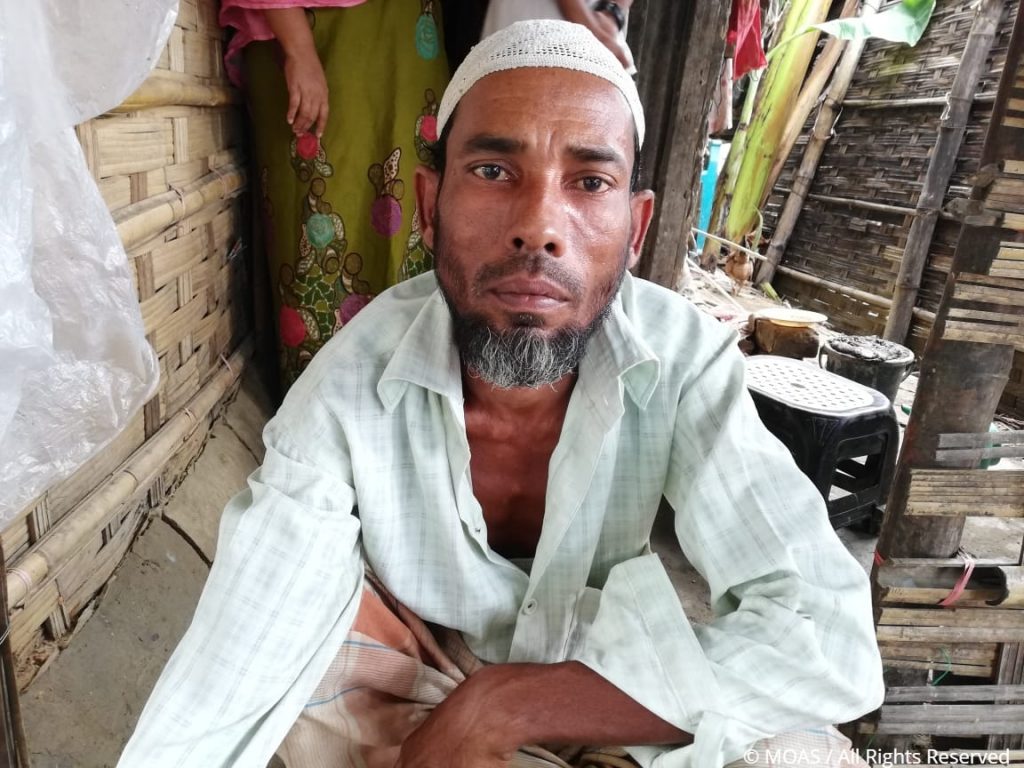 Sifat was a 7-year-old boy who lived in Nayapara camp in Cox’s Bazar with his parents. On June 14th Sifat woke up, went to the Madrasa, ate breakfast & then headed outside to play with his friends.

Whilst Sifat was out playing, his father was sleeping and his mother was busy with her house work and when Sifat’s father woke up from his rest his mother asked him where Sifat was and suggested he go out and and get him.

As his father was looking around the camp, he met some children and asked them if they had seen Sifat. They told him that he had been playing by the reservoir but had got into deep water. Upon hearing this, Sifat’s father ran desperate, as fast as he could to the reservoir. When he arrived, some other boys had already pulled his body from the water. However, when he arrived to the hospital with his son the doctors confirmed that Sifat had died as a result of this traumatic incident.

These heartbreaking stories show how crucial it is to keep providing skills training in flood and water safety to ensure the local host community, as well as the Roihngya refugee population, is as well-prepared to act in such kind of incidents as all these deaths could have easily been prevented.

MOAS is looking forward to resuming the flood and water safety training as soon as possible, once COVID-19 restrictions have been lifted, to help and equip more of the community with essential skills in how to deal with these emergencies. Given that children are constantly playing in the water and that the majority of them are not able to swim, the skills provided by the water safety training can truly be the difference between life and death. Monsoon preparedness and response is a priority for MOAS in Cox’s Bazar District, to mitigate risks and save lives.