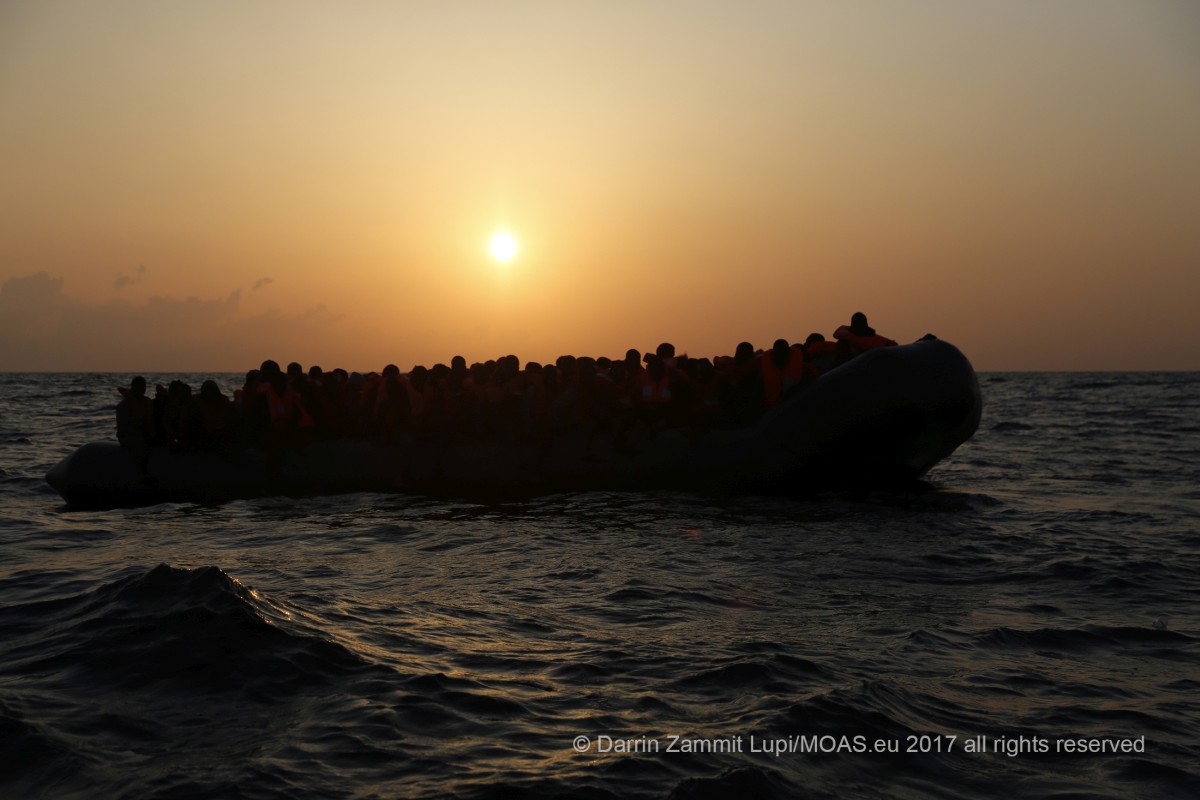 On the third anniversary since its foundation, MOAS renews its commitment to its humanitarian mission in the Mediterranean Sea

Three years have passed since when, on 30 August 2014, the Migrant Offshore Aid Station (MOAS) first rescued a group of migrants and refugees in the Mediterranean. The first private search-and-rescue initiative at sea, MOAS was founded with the aim to mitigate the loss of life at sea, and to draw the attention of European civil society to the humanitarian crisis that has been consuming the Mediterranean.

Having become a model for many other organizations and private citizens, and always driven by its core belief that “no one deserves to die at sea”, in three short years MOAS has rescued over 40,000 people in the Aegean and Central Mediterranean Seas.

For this reason, MOAS was the first search and rescue organization to sign the “Code of Conduct” proposed by the Italian Government on 31 July.

“MOAS signed this document in solidarity with the Italian government and its people, the only ones in Europe who are committed every day to allow organizations like ours to fulfil our humanitarian mission by allowing us to disembark in their territory,” said founder Christopher Catrambone on the day MOAS signed the code.

The need to be present at sea in order to help migrants and asylum seekers in the Mediterranean – which continues to be the world’s most dangerous border – has also prompted MOAS’ decision not to suspend its operations, but rather to carry on as it has always done in these three years.

In this regard, MOAS’ co-founder and director, Regina Catrambone, said: “The Mediterranean has always been an unpredictable and dangerous environment, and the climate has certainly not changed now. This is why MOAS has always taken the necessary precautions and employed professionals and experts in the field of search and rescue; And this is why we cannot afford to stop our operations, now more than ever; while we discuss what to do to block the flows or avoid landings, there are those who continue to risk their life at sea. “

MOAS is aware that maritime search and rescue operations are not the solution to the current mass migratory phenomenon. However, the organisation is determined to do its best to continue its humanitarian efforts as long as there are people so desperate so as to continue to risk their lives on these so-called “death trips”. Simultaneously, MOAS continues to appeal to European authorities for the creation of humanitarian corridors as a safe and legal alternative for those who are most vulnerable and in search of international asylum.