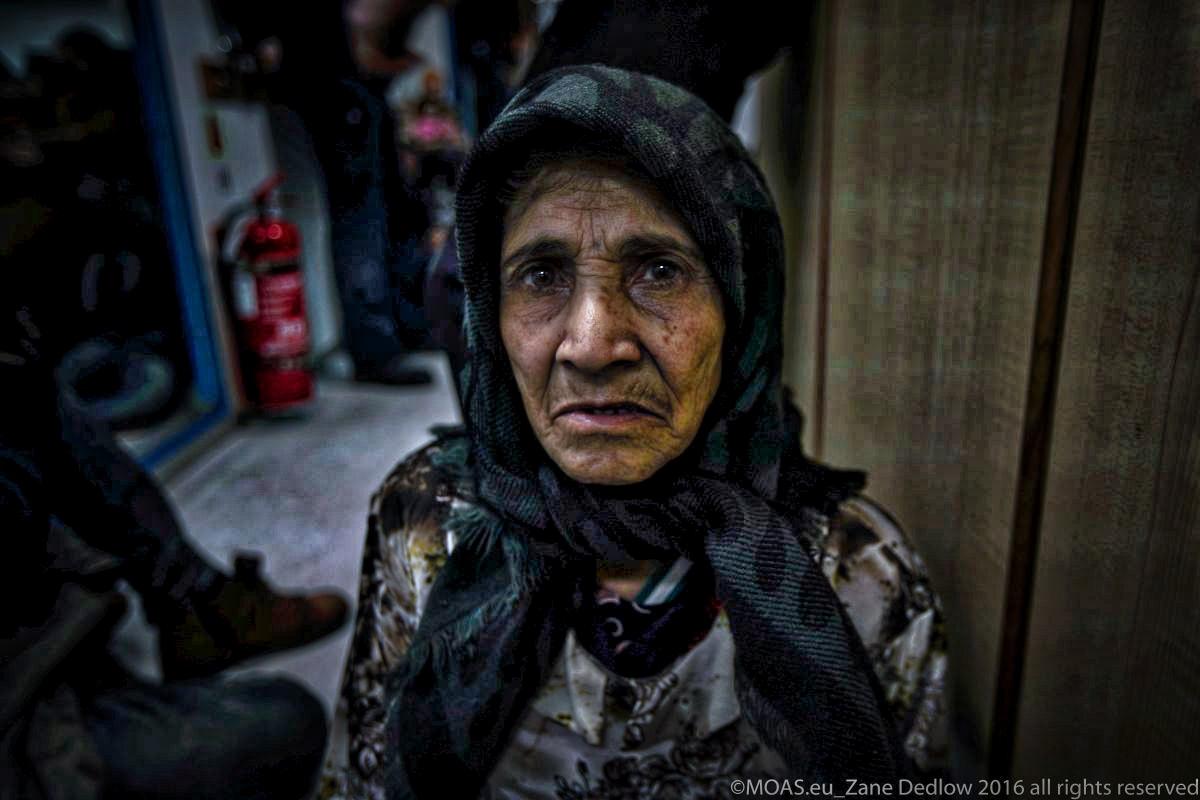 On the evening of February 10th, the Hellenic coast guard asked MOAS to transfer 148 refugees, who were stranded on the island of Farmakonisi, in the Aegean sea. MOAS media officer Zane Dedlow remembers an encounter with an older Syrian woman.

The wind was lashing out at 13/20 knots with waves at 1.5 meters high. The MOAS Responder headed towards the island immediately. We had to use the high-speed rescue vessels since the island has no port where the ship could berth.

Once onboard, the refugees asked us for food and some mothers asked for baby food for their toddlers. They claimed to not have had any food for two days.

Among them I noticed an old Syrian woman who just lay on the floor.

She had very rough hands, I imagine from a life of work looking after a home she has been forced to flee.

And now here she was, in the middle of the Aegean sea on a rough night. I looked at her and thought this is no place for an old lady, she doesn’t want to be here. She just lay there with her eyes wide open while other people cried around her. 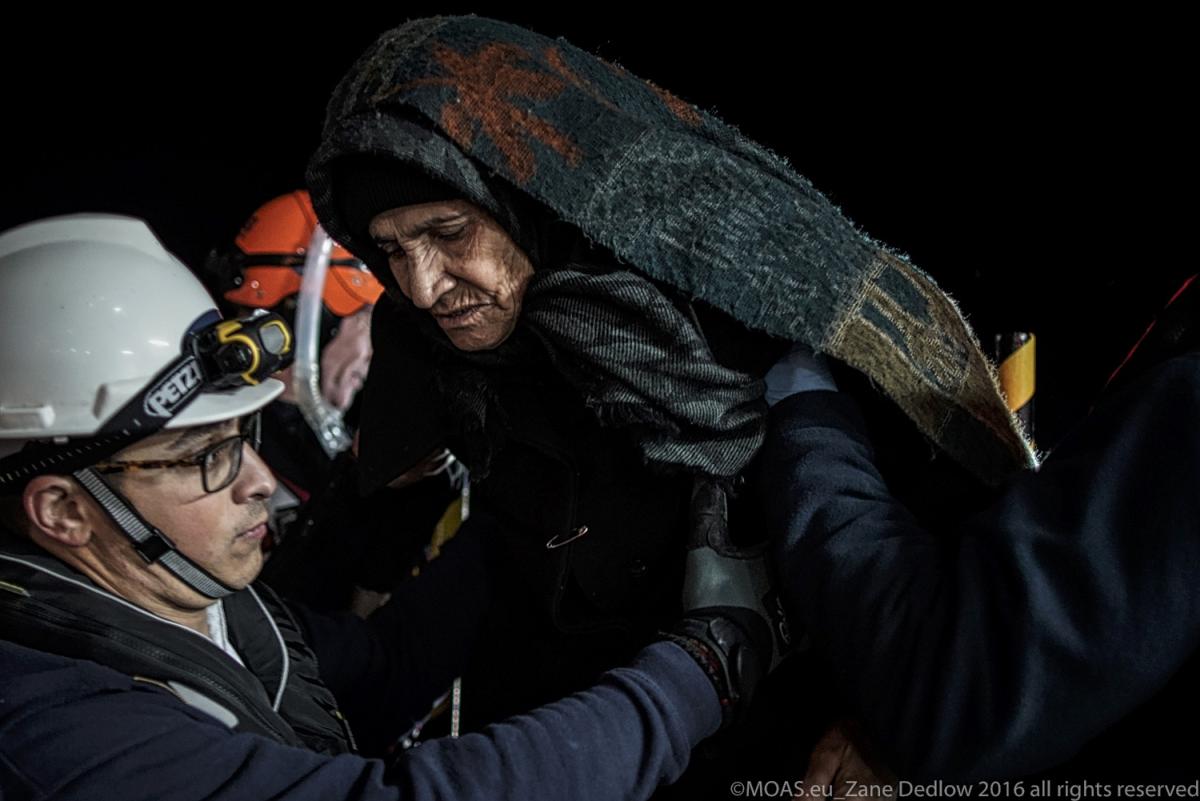 Trying to get this tiny Syrian woman onto the boat had been difficult because she was so weak. Her eyes reminded me of a little child’s eyes. She had the same look on her face that children have when they don’t know what’s going on or why something is happening.

The boat was rocking a lot in the rough weather and all she had with her was a little bag, that’s it. Her whole life in this single moment packed in one small bag. She looked so helpless.

I kept thinking this was my grandmother I was looking at. Can you imagine your grandmother crossing the rough seas?

“What we are witnessing in the Aegean Sea is even more horrendous than what we experienced in the Mediterranean. Due to the shorter distances, smugglers take increased risks at the expense of the refugees, often giving them worthless lifejackets and inflatable boats that simply cannot reach shore. Despite worsening weather conditions, refugees continue to make the desperate crossing, many times finding themselves washed onto jagged rocks and sustaining serious injuries,” said MOAS founder Christopher Catrambone.

There were two rescues the night MOAS saved this woman. A total of 62 people, including 17 children and 3 infants under the age of one are now safe.

Ever since we disembarked her and the rest of the refugees in Leros, I can’t stop picturing her face. I can’t stop wondering where she is now and if she’s safe.