Stories from the Sea: Reunited on the Responder

Each rescue our crew undertakes brings with it people and stories from all over the world.

While each story is different, sometimes the crew encounters one that seems to encapsulate all the uncertainty, dangers, and moments of hope experienced by those caught in the ongoing migration crisis. The case of Locky and Mary, a young engaged couple rescued during one of the busiest nights the MOAS crew has seen this year, was one of those stories.

Although Locky and Mary left the beaches of Libya on the same night, they were placed in separate wooden boats by the smugglers who had promised them a safe journey to Europe. Locky’s boat was rescued by MOAS in the early hours of the morning. Immediately, he asked the MOAS crew and the Red Cross team on board to help him find his fiancée. Having realised the huge danger of their situation – he now knew that there was no way either of their unseaworthy boats could have ever reached Europe – he had to wait for several excruciating hours before Mary’s boat was finally rescued by the Responder crew. 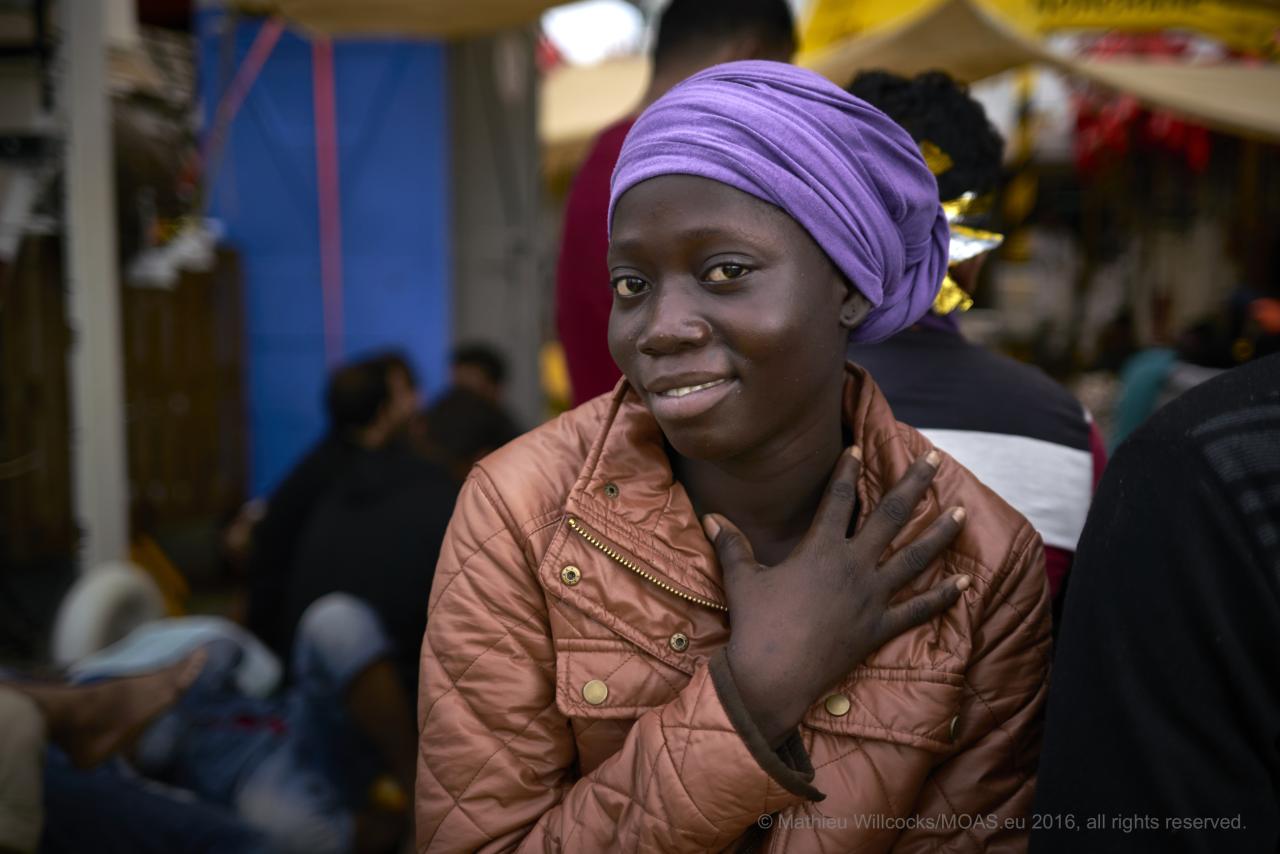 Both Locky and Mary come from Nigeria, but they were forced to flee the country at different times. For Locky, the time came when his mother was killed and he feared that he would be targeted next. For Mary, an orphan, it was when life with her abusive uncle became too much to bear. When the Red Cross asked Mary why she loved Locky, she replied, “He was there when there was no hope”. Now, the couple’s hope is that they will be able to build a safe and secure life in Europe.

Locky and Mary were rescued in a 48-hour period in which over 10,000 people were assisted by search and rescue operations while attempting the Central Mediterranean crossing. A week of bad weather had prevented departures from Libya, creating a dangerous backlog of people. When the better weather came, around 72 boats left Libya within similar times and short distances of each other. Such an unusually high rate of departure is a huge challenge to search and rescue missions, and only brings further danger to routes that are already deadly.

While Mary and Locky’s story is one of hope, they should never have had to face such a perilous journey. The absence of safe and regularised ways for people to reach safety continues to force people to turn to smugglers, and into yet further danger at sea.  Join MOAS in our call for #SafeAndLegalRoutes, so that people like Locky and Mary will not have to face the same separation, fear and danger in their search for a better life.

If you have any questions about MOAS’ work, simply #AskMOAS on social media. For all the MOAS news and updates sign up to our newsletter at the bottom of this page. Finally, support our rescue missions by giving whatever you can to help us save lives at sea.