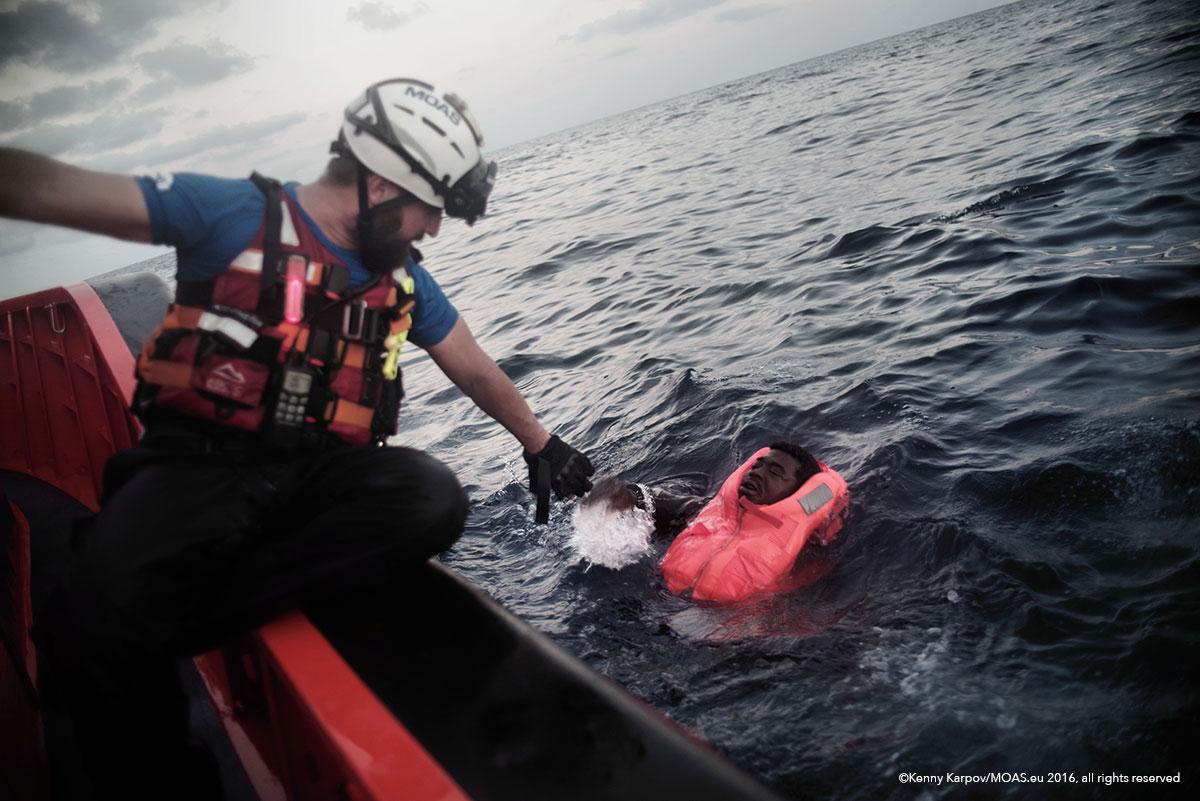 Seven people, 5 women and 2 men, have lost their lives today in one of the most challenging rescues ever conducted by MOAS and Italian Red Cross since the beginning of their joint mission in the Central Mediterranean.

Despite these devastating losses over 354 people are currently safe aboard the MOAS vessel Responder and are now being attended to by the Italian Red Cross post rescue care team. Of these individuals 183 people were rescued from 3 different vessels in distress by the MOAS crew and 171 have been transferred to the Responder from other SAR vessels in the area.

The death of these 7 people occurred during the first operation of the day, which started at around 06:00 this morning.

During this morning’s first rescue, having spotted a rubber boat in distress, overloaded with people, the Responder’s crew deployed its FRDCs to start distributing life-jackets on the boat. People were frightened and unsettled due to the precarious state of the vessel as well as the inhalation of toxic fumes coming from their boat’s broken engine. Panic broke out aboard the vessel in distress, which resulted in many people, several of whom could not swim, jumping or falling into the water.

The MOAS rescue swimmers were then deployed into the water in an attempt to rescue the most vulnerable. Finally 134 survivors, including 99 men, 29 women and 6 children were tended to by MOAS and CRI staff. These survivors, together with the 49 additional people rescued by the MOAS/CRI crew, and the 171 persons transferred from other SAR vessels are all now on the Responder, which is expected to head to Italy. 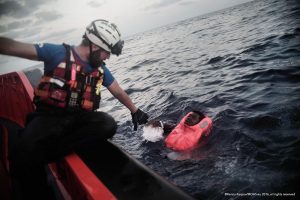 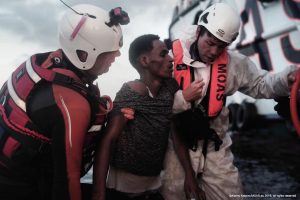 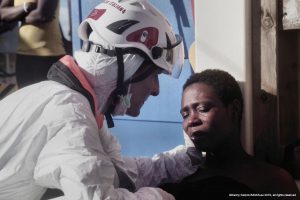