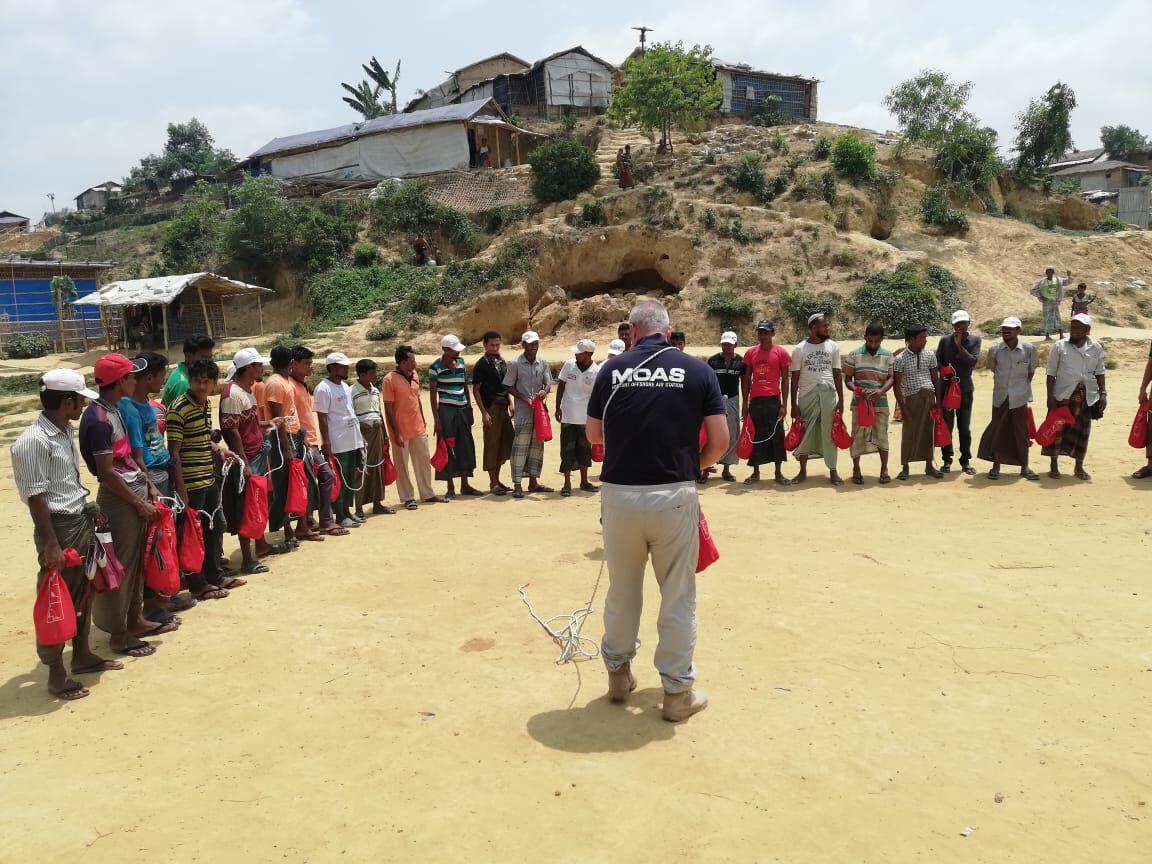 Five years ago today MOAS set sail from Valletta, Malta, for the launch of the first Mediterranean search and rescue mission (SAR) ever undertaken by a civil society organisation. Our professional crew of seafarers, medics and humanitarians carried out our first maritime rescue just five days later. In total MOAS teams completed five autonomous SAR missions in the Mediterranean and saved over 40,000 lives before changing operational focus in September 2017.

The European political climate changed in 2017. To our dismay we observed growing hostility towards migrants and refugees in many parts of Europe, and concerted efforts to criminalize Search and Rescue NGOs like us. MOAS became concerned about contributing to a process that focused increasingly on protecting borders and, worse still, the threat of using SAR assets to facilitate transfers of rescued children, women and men back to unsafe shores. The operational and political environment worsened around the conclusion of our fifth, and last, Mediterranean mission. Since then we have watched mortality rates along the Central Mediterranean route rise once again; but this time with increasing threats to the safety and security of those attempting to save lives at sea.

Today also marks another anniversary: two years since the start of the 2017 Rohingya exodus.

In August 2017, around the same time it became impossible for MOAS to continue operating in the Mediterranean; the unfolding crisis in Myanmar saw droves of displaced and persecuted Rohingya flee to other South East Asian countries, such as Malaysia and Bangladesh. Having conducted a monitoring mission in the Andaman sea in 2015/16, MOAS decided to choose courage over fear and begin on-land operations in Cox’s Bazar, Bangladesh. During 2017 MOAS shipped 40 tons of life-saving aid and opened two primary healthcare clinics, providing much needed care to both the Rohingya and local Bangladeshi populations.

Our aid stations offered particular medical assistance to children and new or expectant mothers. Countless women and girls had been victims of rape and extreme violence. Most of MOAS’ patients had never seen a doctor before and were in desperate need of treatment. By the end of 2018, over 90,000 people had received care at our clinics.

2018 in Bangladesh also saw the start of our brand-new Flood and Water Safety Training project, the first of its kind to be delivered inside the refugee camps of Cox’s Bazar. In an area highly prone to floods, flash floods and sea surges throughout the monsoon season, MOAS applied our expertise in maritime rescue and flood safety to improve the community response to emergencies and preserve lives. Through this project MOAS continues to be an innovator in the field and a valued collaborator with both local and international organisations active in and around the camps.

In the beginning of 2019 MOAS launched our first humanitarian campaign in Yemen. In response to the growing humanitarian crisis caused by protracted war, MOAS coordinated two deliveries of vital aid for the civilians suffering from lack of food security and access to medical care. Over 40 tonnes of specialized medical supplies and 27 tonnes of pediatric nutritional aid was organized for earliest possible delivery, for distribution by our trusted in-country partners.

2019 has provided opportunities for MOAS to expand our operations to assist vulnerable people on an international level. In Bangladesh we plan to expand our Flood and Water Safety Training project to reach thousands more at-risk people, both in the refugee camps and the wider community.  We look forward to monitoring the benefit to recipients of our two huge aid deliveries to Yemen. Meanwhile we continue to monitor the political situation in Europe, Libya and elsewhere in the Mediterranean and, as always, remain a vocal advocate for #safeandlegalroutes.