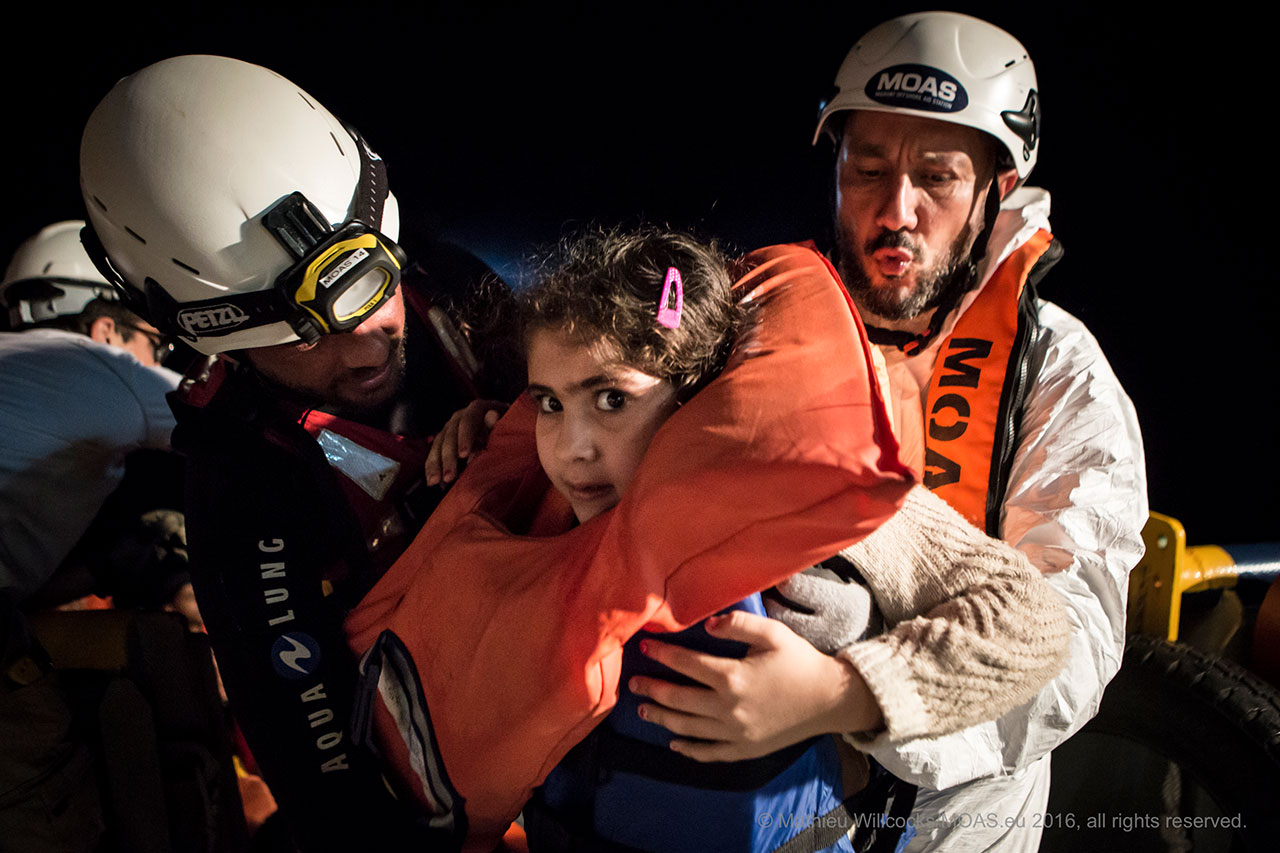 This morning, during yet another challenging rescue operation, 117 people were rescued from a sinking rubber boat, but unfortunately many are claimed to be missing.

Survivors recount that several people drowned before the MOAS-CRI crew aboard the Responder made it onto the scene to assist them, including the mother of two surviving children.

The survivors, still shocked and exhausted, are now being treated by the Red Cross team on board the Responder, as many of them are suffering from hypothermia and various other minor injuries.

Arrangements are being made for two rescued persons to be medically evacuated, due to their critical conditions, as the Responder sails north to Lampedusa. The body of a man who lost his life in his attempt to reach Europe is now in the morgue of the ship, together with the corpse of another man recovered from the sea last Sunday, allegedly belonging to another shipwreck that occurred last week.

This morning’s rescue was just the last in a string of rescue operations that occurred throughout the night. About 600 people have been brought to safety between Monday night and Tuesday morning, among them many Syrian families.

At the moment, a total of 241 people are currently aboard the MOAS Responder while the rest of the people have been transferred onto other vessels. 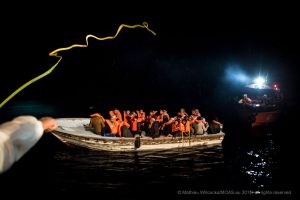 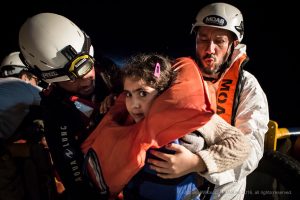