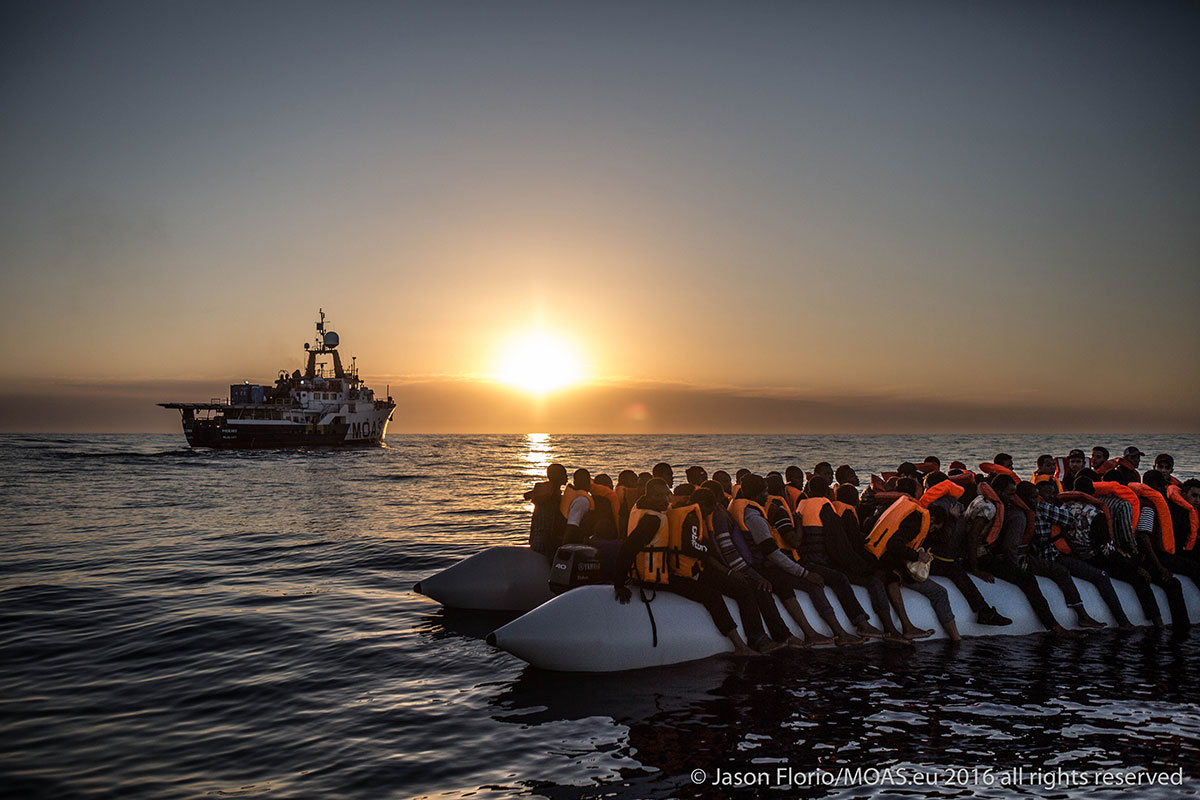 MOAS was first operational in 2014, beginning its work in the Central Mediterranean at the same time as the Mare Nostrum project, and collaborating on rescues with them when called upon.  MOAS was established and continues to function within the framework of International Maritime Law and UNCLOS and collaborates at sea with both state and non-state actors under the coordination of the Maritime Rescue Coordination Centre in Rome.

We have conducted rescues over 3 years and in several geographical regions, resulting in the rescue of over 33,000 people, whose lives would otherwise have been at risk.

In response to recent media reports  MOAS is releasing the following statement:

A change in smuggling practices has been linked to the presence of SAR assets in the Frontex Risk Analysis 2017, which states that “all parties involved in SAR operations” – with specific mention of EUNAVFOR Med/Frontex and NGO vessels – “unintentionally help criminals achieve their objectives”. There is, therefore, absolutely no allegation of collusion or cooperation between SAR NGOs and smuggling networks in this document. MOAS itself recognised and analysed this phenomenon in a press release issued on 16 November 2016.

Desperate people continue to leave and attempt the sea crossing at any cost, and will continue to do so – regardless of any attempt made to stop them – unless they are provided with better conditions and safety in countries of origin, and safe and legal routes.

MOAS is a registered NGO under the Maltese Voluntary Organisations Commission (VO/0939), and is externally audited by PwC and reviewed by the charity commission annually. Our financial statements are a matter of public record and can be accessed on our website. MOAS conducts rigorous due diligence on donors, sponsors and partners and abides by codes of ethical fundraising when dealing with both national and private sources of funding.

As the first civil society NGO to conduct SAR services in the Mediterranean, MOAS is proud to have inspired some of the biggest NGOs in the world and to have participated in a united response to fill the gap between state and civil society.

MOAS will continue to ask that European authorities focus on establishing safe and legal routes for the most vulnerable people in need of international protection as the most effective way to prevent the loss of life at sea.

In the meantime, MOAS will continue to provide life-saving maritime SAR services for as long as there are desperate and vulnerable children, women and men attempting this deadly crossing.