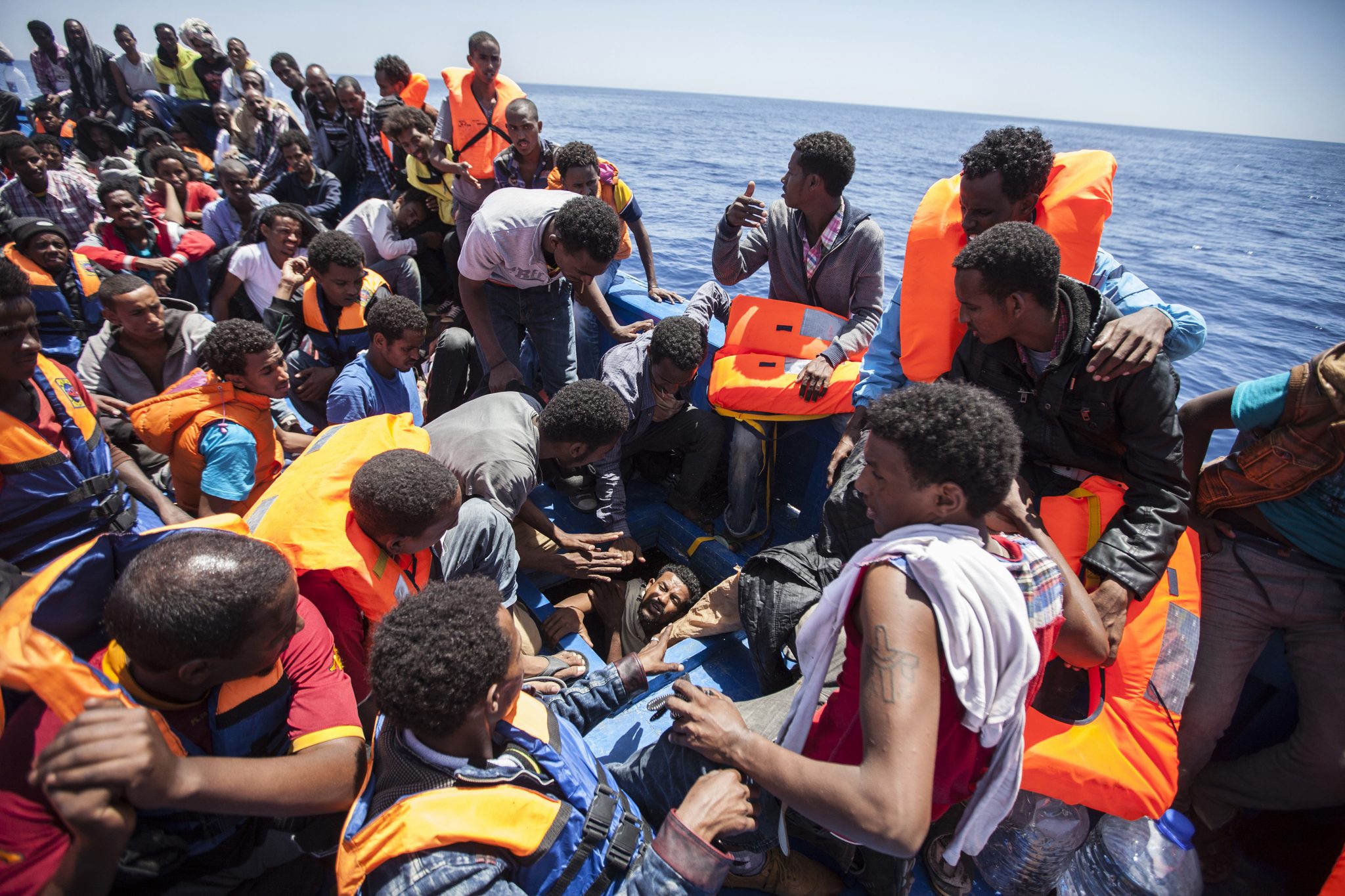 Malta, 4 May, 2015: This weekend more than 6,000 people were rescued in several operations on the Mediterranean sea while making the treacherous crossing from Libya to Europe. Three hundred and sixty nine of those were rescued by the M.Y. Phoenix a search and rescue vessel run in partnership by Médecins Sans Frontières/Doctors Without Borders (MSF) and MOAS (Migrant Offshore Aid Station). Early Monday morning an additional 104 people were rescued with the assistance of the M.Y. Phoenix team and transferred onto a commercial vessel.

The crew of 20 people which includes a professional crew of camcopter operators, search and rescue professionals and medics engaged in their first rescue on Sunday afternoon, less than 24 hours after leaving the Maltese harbour. Those rescued were primarily from Eritrea and included pregnant women and roughly 45 children including babies.

“Nothing prepares you for the sight of 369 people crammed into a fishing boat,” said Christopher Catrambone, the co-Founder of MOAS along with his wife Regina. “The people we rescued yesterday afternoon were packed in so tightly that their legs had cramped and they struggled to move as we rescued them. Even after hours of rescue there were so many people left it didn’t seem that the boat was emptying, it was just that full.”

Those brought on board by the MOAS rescue crews on Sunday afternoon were given an initial triage by the MSF medical team who treated conditions including diabetes, dehydration, conditions related to pregnancy, skin infections and injuries sustained during beatings and violent attacks. All those rescued are currently in a stable condition and receiving food, water and other essential items onboard the M.Y. Phoenix.

“Yesterday we rescued 369 people, and helped save the lives of 104 more,” said Will Turner, Emergency Coordinator for Médecins Sans Frontières. “The boat is absolutely crammed full and last night, as the men, women and children we rescued curled up under blankets to sleep, there wasn’t a centimeter to spare. The scale of this crisis is just heartbreaking, I wish we could do more.”

Médecins Sans Frontières’ teams in Pozzallo, Sicily, are currently providing support during the landing of more than 800 survivors of this weekend’s Mediterranean crossing. Teams on the ground in Sicily will provide initial medical screening as well as health care and mental health support to the hundred of refugees, asylum seekers and migrants in need.

It is feared that 2015 will be the deadliest year yet for those risking the Mediterranean crossing. So far this year an estimated 1750 have drowned compared to 96 deaths during the same period last year.

MSF and MOAS are currently operating the M.Y. Phoenix, a search and rescue vessel, with a medical team onboard who provide emergency health care to those in need.

More photos can be downloaded from the press page of www.moas.eu