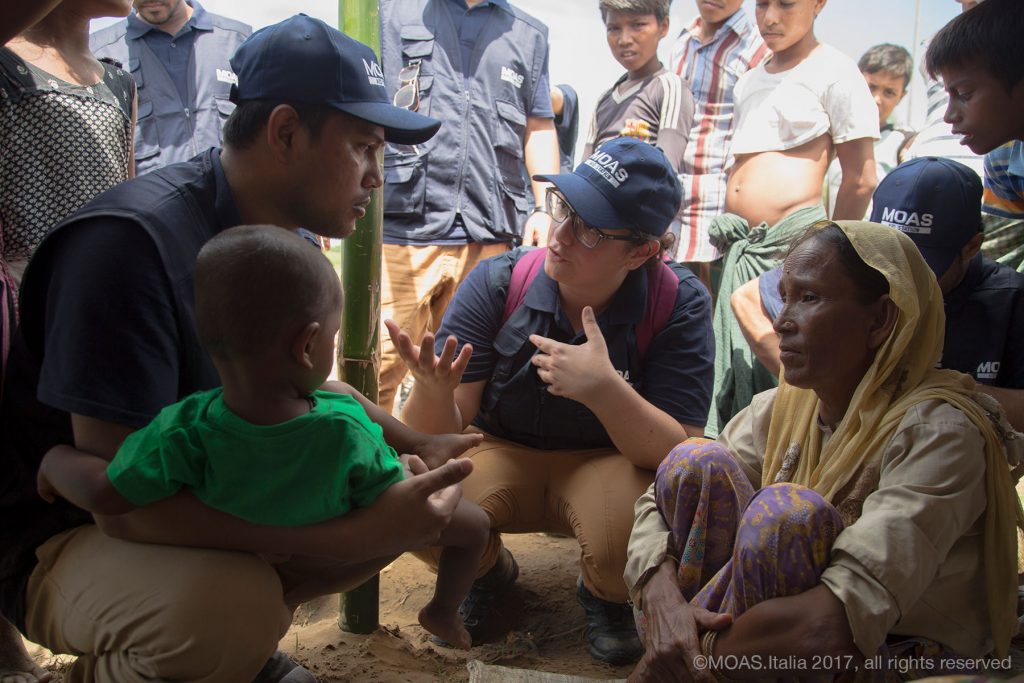 Following a three-week journey from Europe, the MOAS vessel, the Phoenix, has arrived in Bangladesh, marking the launch of MOAS Italia’s 2017 South East Asia Mission.

The vessel, which has come to be recognised as an international symbol of hope for migrants and refugees, will support the mission and transport aid shipments into Bangladesh, where the MOAS Italia team has just established the first MOAS Aid Station in Shamlapur, where many Rohingya are arriving in Bangladesh.

The speed and scale of arrivals of Rohingya refugees in Bangladesh has led to a critical humanitarian emergency. Hundreds of thousands of children, women and men are living in makeshift settlements with little or no access to sanitation or healthcare. In response to the need for urgent medical aid, the MOAS Italia team is setting up specialist units designed to provide medical and humanitarian relief where they are most needed. The aid stations will be supported by the Phoenix through regular shipments of aid.

The first aid station in Shamlapur will serve as a semi-permanent satellite facility to a makeshift refugee settlement and will have a fully-equipped medical tent, including water and sanitation capabilities. Every day, the MOAS medical team – including one medical coordinator, 10 doctors and 3 nurses – will be conducting medical triage within the makeshift settlement. A highly skilled team of logisticians will support the functionality and administration of the 24/7 station. Individuals assessed as being in acute need will be transported to the aid station, and an ambulance will transport those in need of more critical care.

In support of the establishment of the aid stations, the MOAS vessel will be primarily transporting aid shipments to Bangladesh from countries in the region to alleviate the strain on resources. Among the items delivered, of which the first shipment has already been completed in the main port of Chittagong, will be essential rations such as rice, salt, vegetable oil, sugar and lentils, as well as other Non-Food Items (NFI).

“We cannot remain indifferent to people’s suffering because they are denied the chance to have a decent and safe life”, says Regina Catrambone, co-founder and director of MOAS.  “We cannot ignore violence and abuse, no matter where they occur. For this reason, with MOAS Italia we decided to be the voice of the voiceless and, once again, we are committed to assisting the most vulnerable people in a remote and almost forgotten area. Solidarity, mercy and brotherhood have no borders. They cannot just be told; they have to be lived”.

MOAS Italia is coordinating its activities with the other NGO’s and agencies on the ground, under the Inter Sector Coordination Group (ISCG) coordination mechanism run by the International Organisation for Migration (IOM). IOM assesses that primary health care coverage needs to be urgently established in all new settlements, as those in makeshift camps are often unable to access medical care due to the distance to established healthcare facilities and the extremely poor condition of the roads. Immunisation for preventable diseases is an urgent priority, while poor sanitary conditions in the settlements mean that outbreak preparedness is critical. 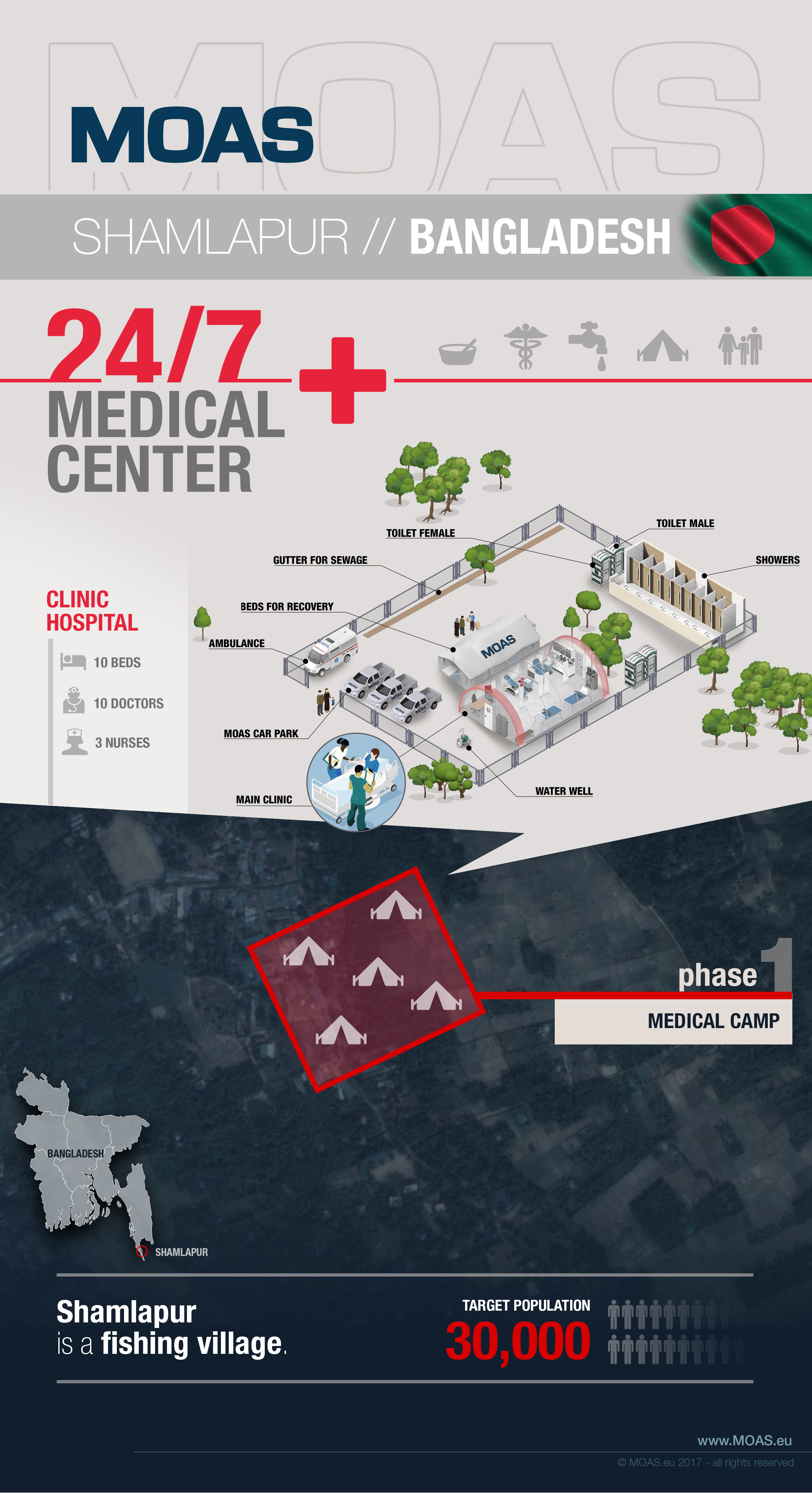