Why We Left Home: Violent Extremism 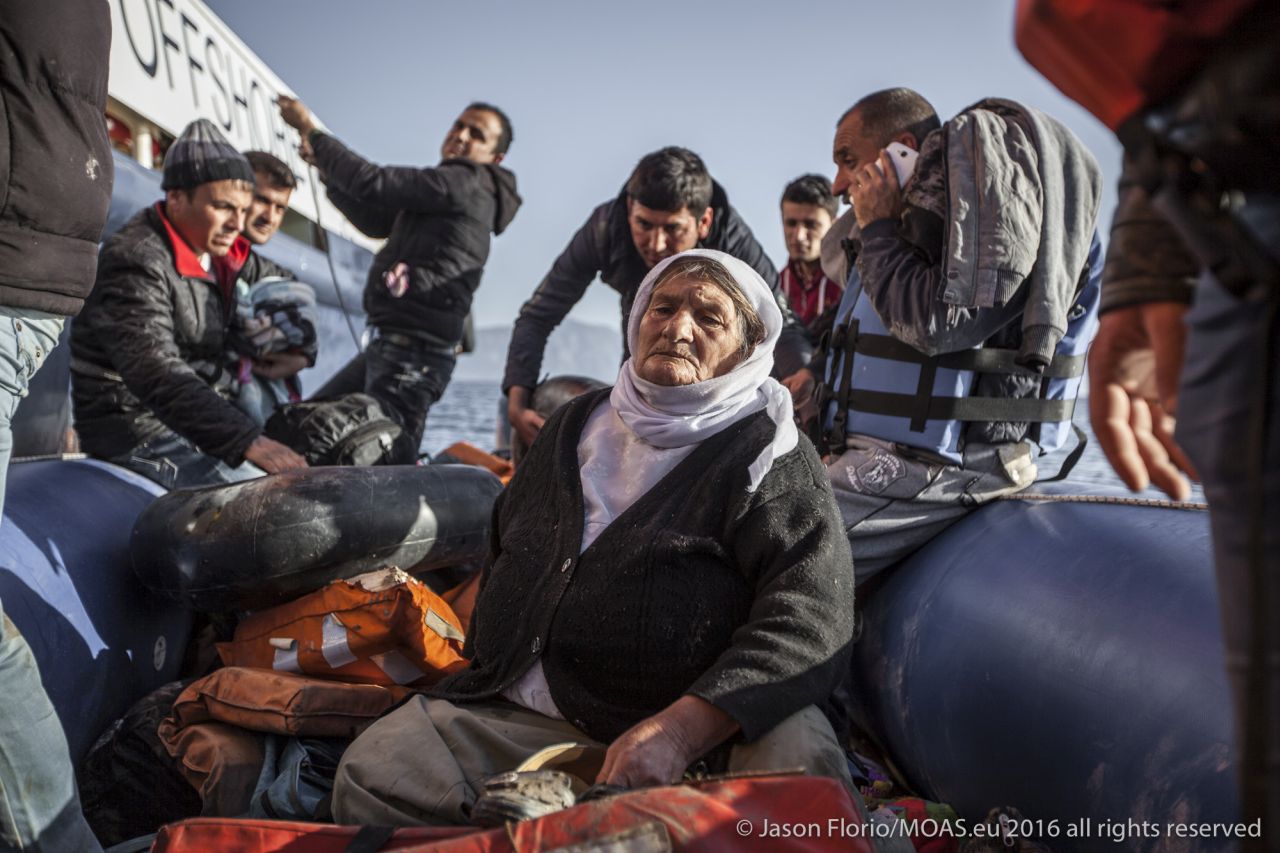 MOAS rescued Madame Hallo (84) from Sinjar, Iraq, who had fled with her husband (92) and her son’s family after ISIL killed her brother-in-law and other relatives and neighbours.

Throughout March, MOAS is running a special blog series exploring the reasons why people are forced to leave their homes.  We will look at range of ‘push’ factors, including some that directly affect the people we rescue, as well as those that form a key component in forced migration issues more widely. In this second edition, we focus on violent extremism; first, looking at how such violence can prompt forced migration, before focusing on two countries that are severely affected by extremism, from where many of the people we rescue come from.

Migration and violent extremism are two widely debated –and largely misunderstood– topics. This is particularly evident within the current political climate, where discussions on Europe’s ‘refugee crisis’ are often overshadowed by the fear of terrorism. In this context, it is frequently assumed that violent extremism is a consequence of migration, and not the other way around.

What is violent extremism?

There is no universal definition for the term “violent extremism”. Neither the United Nations nor the European Union defines the term. However, in the UN Plan of Action to Prevent Violent Extremism, it is described it as:

…a diverse phenomenon, without clear definition. It is neither new nor exclusive to any region, nationality or system of belief. Nevertheless, in recent years, terrorist groups such as Islamic State in Iraq and the Levant (ISIL), Al-qaida and Boko Haram have shaped our image of violent extremism and the debate on how to address this threat. These groups’ message of intolerance —religious, cultural, social —has had drastic consequences for many regions of the world.

Violent extremism is a more inclusive term than “terrorism”, but they are often used synonymously, depending on the context of the discussion and political motivations. The terms will be used more-or-less interchangeably throughout this blog post.

Violent extremism as a cause of forced migration

According to UNHCR, three countries produce more than half (54%) the world’s refugees: the Syrian Arab Republic, Afghanistan and Somalia; these countries also happen to suffer from protracted conflicts and violent extremism. Data from Afghanistan, Iraq, Syria and Pakistan demonstrate that there is strong correlation between the number of first-time asylum seekers in Europe and the number of deaths from terrorism in the countries of origin. [1]

The deadly effects of violent extremism are concentrated in a small number of countries. According to the 2016 Global Terrorism Index, 72 per cent of all deaths from terrorism in 2015 were in Iraq, Afghanistan, Nigeria, Pakistan and Syria. Almost three quarters of these attacks were perpetrated by four terrorist groups: ISIL, Boko Haram, the Taliban and al-Qa’ida.

If we consider Iraq and Nigeria – two countries experiencing protracted insurgencies undertaken by ISIL and Boko Haram respectively – the link between violent extremism and the need for people to flee their home becomes clear.

Extremist Violence in Iraq and Nigeria

The 2016 Global Terrorism Index indicates that ISIL is the deadliest terrorist organisation in the world: the group is responsible for at least 62 per cent of all terrorism-related deaths in Iraq. Boko Haram, a Nigerian terrorist organisation, is ranked second: the group has killed approximately 5,478 people, three quarters of which were in Nigeria, and the remainder in Cameroon and Niger.

Displacement is not only a consequence of terrorism, but a carefully measured objective, aimed at disrupting and fragmenting communities. [2] For example, when ISIL declared itself a Caliphate in 2014 in Mosul, Iraq, the population dropped significantly, from 2.5 million to 1 million [3], while Boko Haram has forced more than 2,600,000 people to leave their homes. [4]

The actions of such groups can make the lives of whole communities intolerable. For example, according to Human Rights Watch (HRW), ISIL continues to use sexual violence as a tool of control, while the International Rescue Committee has reported the imposition of harsh rules regulating behaviour and dress that are punishable by death if broken.

Beyond the violence and persecution that individuals can face, the wider environment can also be deeply disrupted and act as a driver for displacement. [5] Individuals may flee not just as a direct consequence of terrorism, but also because of a state’s failure to give them protection, or the overall impact on quality of life [6].

For example, HRW has documented that families living under ISIL face escalating food prices and cash shortages, as well as anti-ISIL airstrikes conducted by the US-led coalition and Iraqi government. HRW found that it is a combination of abuses by ISIS, as well as the fear of airstrikes and lack of food, that has caused people to flee.

Similarly, in North-Eastern Nigeria the crisis and displacement caused by the Boko Haram insurgency has led to endemic food shortages and famine-like conditions, with up to 4.5 million people in need of food aid. Responses to the food shortage are hampered by the unstable security situation, while aid workers on the ground have reported that many people who have been internally displaced feel unable to return to their homes due to the devastation left by the conflict and the continuing threat of violence.

Many individuals that MOAS saves during our SAR missions have made the difficult decision to leave their homes because of increasing violent extremism in their countries of origin. 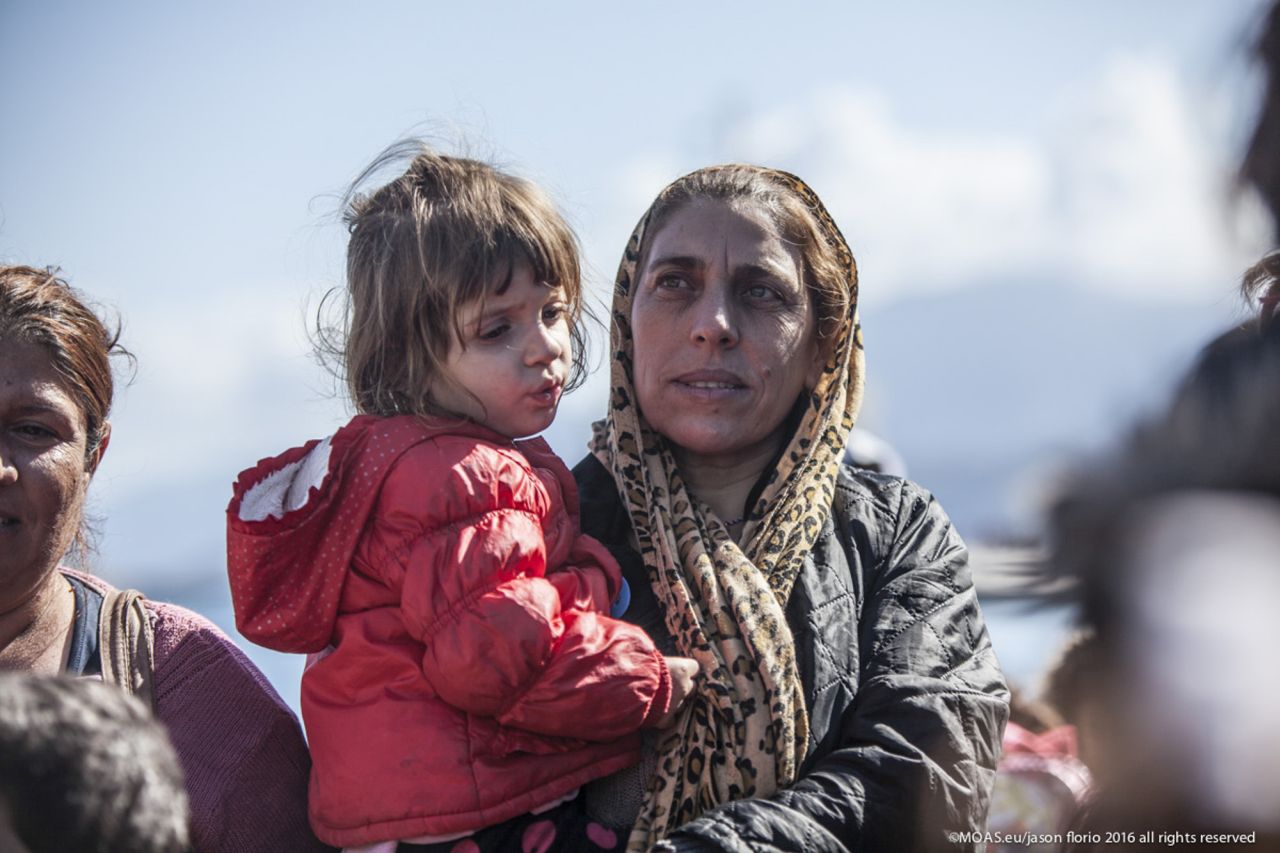 Mother-of-10 Sabrin is Yazidi is from Sinjar, Iraq. She fled the country after ISIL massacred many people in her community, including her father, aunt and cousin when they refused to convert. During our Aegean Sea mission, MOAS pulled Sabrin from a rubber boat packed with 34 children, 15 men and 13 women. 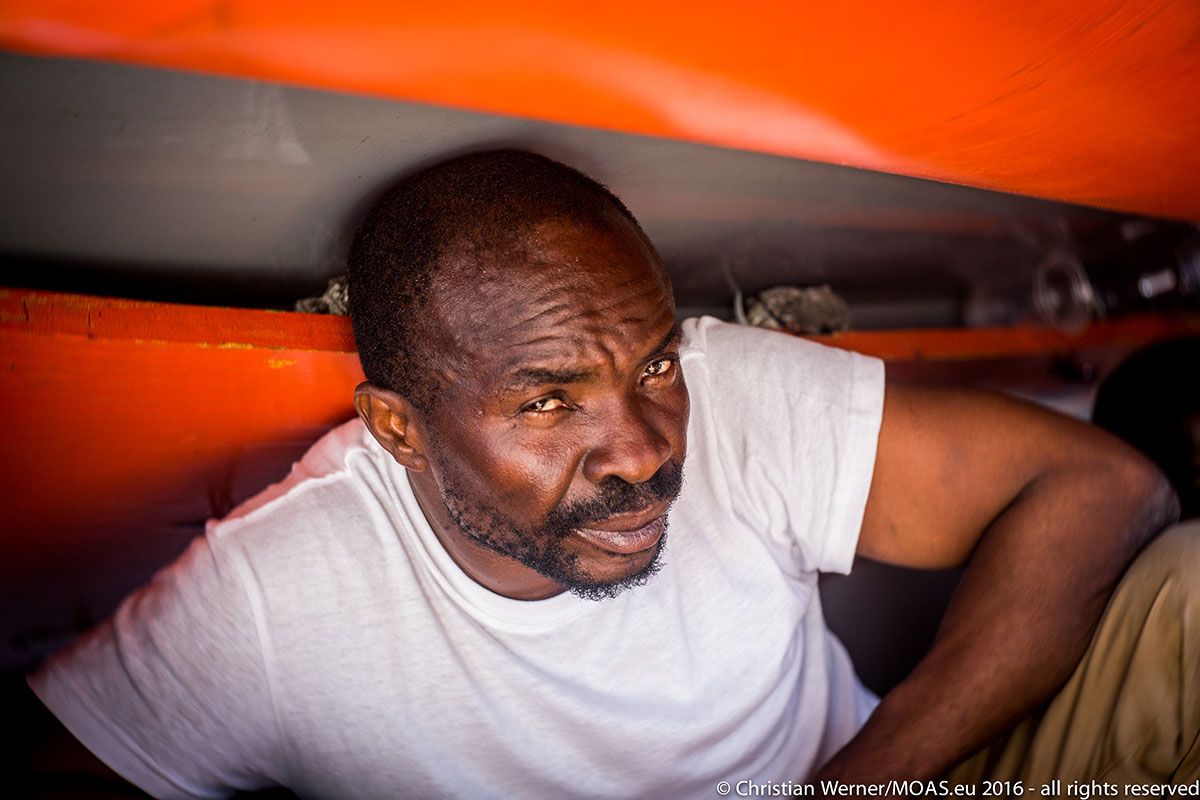 Before being rescued by MOAS, Anyasodar (42) worked in the mining business in Nigeria. He lost two of his children and all his possessions due to bombing by Boko Haram, and when he could no longer pay for healthcare and education for his family, he began the dangerous journey to Europe. MOAS rescued Anyasodar during our 2016 Central Mediterranean Mission, when he told us that he dreams of bringing his remaining children to Europe to build a better life.

Keep your eyes peeled for the next blog in the series, and for all the MOAS news and updates sign up to our newsletter at the bottom of this page. You can support our rescue missions by giving whatever you can to help us save lives at sea.