Why We Left Home: Conflict 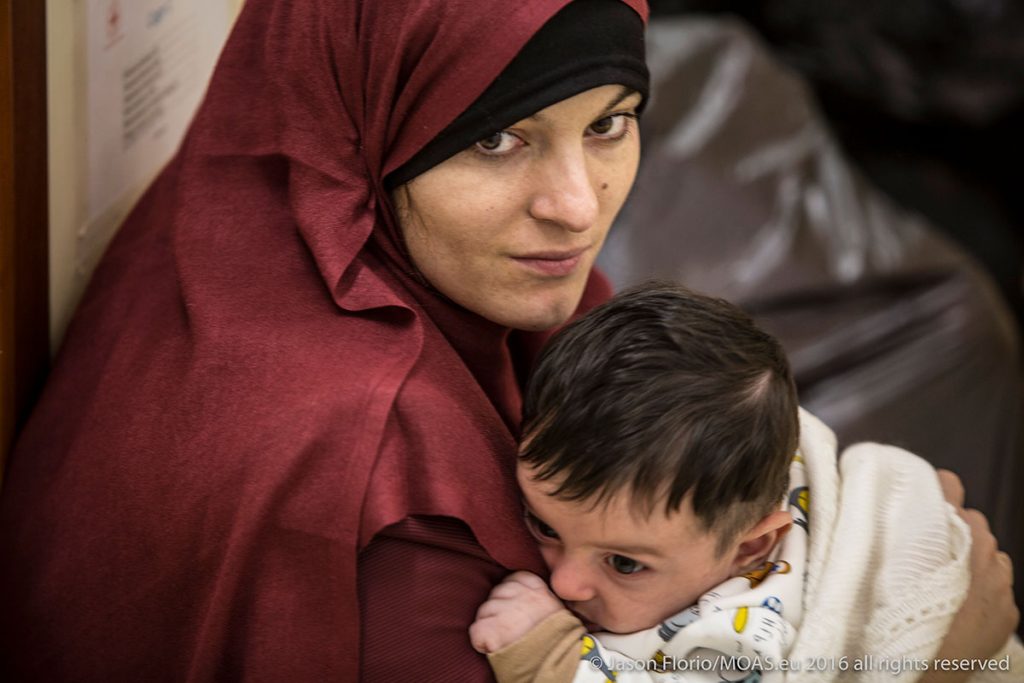 Throughout March, MOAS is running a special blog series exploring the reasons why people are forced to leave their homes.  We will look at range of ‘push’ factors, including some that directly affect the people we rescue, as well as those that form a key component in forced migration issues more widely. In this first piece, we focus on conflict – one of the foremost causes of displacement – by looking at regions that are experiencing protracted conflict, and hearing the expert contribution of Dr Lucy Hovil about her work on the effects of conflict in Central Africa.

‘No one leaves home unless home is the mouth of a Shark’, Warsan Shire

When you think about conflict, what comes to mind? Is it the weapons of war, political statements and slogans, or daily news reports from the combat zone? Conflict itself has existed for as long as there have been differences between human beings. It can be sparked by nations or identifiable groups, it can be about a piece of land or sea, it can be about natural resources, it can even be about competing economies.  The causes of conflict are many and its effects widely discussed. International mechanisms like NATO and the United Nations are in place to help prevent conflict and find peace.

Over the last century, the shape and length of conflicts have changed. Large-scale wars between nations have been largely replaced by internal violence. In one three year period (1989 – 1992), only 3 out of 82 recorded conflicts were actually between nations. In the 14 years following the Cold War the Stockholm International Peace Research Institute (SIPRI) recorded nearly 60 major armed conflicts in 48 countries, of which the majority were internal hostilities in countries across the developing world.  Today the causes of conflict are complex, and civilian populations suffer its effects the most.

Conflict as a cause of forced migration

Conflict is a major driver of forced displacement, with ethnic tensions, resurgent extremism and political instability being just some examples of potential sparks of conflict which too often evolve into protracted and violent civil wars, where civilians find themselves the targets.  Many flee their homes for regions either outside of the conflict zone, or are compelled to cross a border into a neighbouring country.

The Syrian Civil War has led to an estimated 11 million Syrians being forced to leave their homes, as Syria’s western territories have become a battleground where extremist movements like Islamic State, the government-backed Syrian Army and paramilitaries and the Free Syrian Army have fought to take control.  At the centre of the conflict are millions of men, women and children losing access to healthcare, education, food and clean water.  Tenuous truces between the rebel fighters and the regime of Bashar Al Assad have allowed international charities to support the transport of civilians from cities like Homs and Aleppo to neighbouring cities like Raqqa, outside the combat zone.  Although the Russian-backed Assad regime has managed to force rebel fighters out of key locations like Aleppo, the continued threat of Islamic State, the fear of reprisals and the difficulty in securing a lasting ceasefire between the warring factions mean there is no clear end to the civil war in sight.

Of those who have been displaced because of the conflict, the UNHCR estimates that 6.3 million people are displaced within Syria itself, while 4.8 million people have fled to Turkey, Jordan, Lebanon, Eqypt and Iraq. Conditions in these countries of first asylum can be extremely challenging, and refugees often struggle to establish livelihoods or access education, employment and healthcare; in Lebanon, for example, 70 per cent of Syrian refugees are living below the poverty line. Such difficult conditions have been a contributing factor in onwards movement towards Europe, as people search for a future for themselves and their children. Nevertheless, as it stands an estimated 1 million Syrian refugees have sought sanctuary in Europe, meaning that only around 10 percent of displaced Syrians are living in Europe.

Such cycles of conflict, displacement and onwards movement, in which refugees are welcomed in neighbouring countries but can then find themselves excluded from fulfilling their basic needs, are evident throughout different regions of the world. Cycles of conflict and displacement are particularly in Central Africa, where conflict continues to affect new generations of displaced people.

The continent of Africa is blistered by unresolved violence where open wounds of ethnic tension, political instability and coup d’états – both successful and flawed – have driven people away from their homes.  Most notable of these was the Rwandan genocide of 1994, in which ethnic cleansing claimed the lives of 800,000 mainly Tutsi men women and children, and drove almost 2 million mainly Hutu people into makeshift camps in neighbouring Congo.  The Rwandan genocide may be a benchmark for conflict in Africa but it is only part of a larger region of uninterrupted tension created by warring factions, fledgling statehood and political cronyism.  The Great Lakes Region of Africa has borne witness to a wave of internally displaced people from states like Burundi, Sudan and South Sudan who have fled into into neighbouring Tansania, Uganda and across South Sudan’s northern regions.

Dr Lucy Hovil has been conducting research on the experiences of refugees and displaced people in this region, investigating the ways in which keeping displaced people on the fringes of a host nation often only serves to sustain the cycle of violence.  MOAS recently interviewed her to talk about her work and her findings about the relationship between conflict and displacement.

“Most of my work has been in the Great Lakes Region of Africa. Most people are aware that this has been an area that has seen a lot of violence. With the exception of Tanzania, all of these countries in this region have generated refugees and or internally displaced persons in large numbers since independence. It’s also important to remember that they have all also hosted tens, if not hundreds, of thousands of refugees as well.

To put this in historical context, in addition to the post-colonial violence that erupted in a number of those countries, a pivotal moment in the region’s more recent history was the 1994 genocide in Rwanda. The genocide and the aftershocks that it generated not only led to conflict and displacement on a massive scale […], but its repercussions continue to be felt today throughout the region and beyond.

Although stability has been either retained or restored in much of the region, there is still ongoing conflict in eastern Democratic Republic of Congo, war broke out in South Sudan in December 2013, and a growing political crisis in Burundi has led to over 300,000 people being displaced. All of these crises reveal the region’s ongoing vulnerability. As a result of this, there are hundreds of thousands of people throughout the region who either remain displaced, some for decades with no solutions in sight, or those who have been relatively recently re-displaced or displaced for the first time. So there are cycles of conflict that seem to be very hard to break.”

“Only by creating the conditions for belonging will peace be able to flourish”.

“The core argument of a lot of our work is that where groups or individuals are excluded, cycles of violence and displacement are sustained. Therefore, the antidote – although it’s much more nuanced than this – is inclusion, where spaces for belonging expand and become a critical component to creating the conditions for a sustainable peace. Within this paradigm, refugees are something of a litmus test. Their presence is tangible evidence of failures of inclusion, failures which not only create displacement but maintain and exacerbate exile.

One of our key findings is that refugees are inevitably seeking an end to their marginalization. While of course this is obvious in practice, both refugee and citizenship policies continue to keep people on the margins. Two of the most obvious examples of this are the policy of encampment of refugees, whereby refugees are kept isolated from host communities, which has very much the default position of humanitarian programming for decades now.  This maintains the marginalization and exclusion of refugees in exile […]. Linked to this is the failure to find proper solutions to exile, meaning that people are kept in a position of suspended animation, where they are unable to create new lives for themselves. At the same time, they are unable to return to the country from which they fled, in situations where conflict is ongoing.”

If you would like to listen to the full interview with Dr Hovil, in which she talks more about life in refugee camps and examples of successful integration, you can find it here.

Keep your eyes peeled for the next blog in the series, and for all the MOAS news and updates sign up to our newsletter at the bottom of this page. You can support our rescue missions by giving whatever you can to help us save lives at sea.
[donate_button_blog]