Why We Left Home: Climate Change 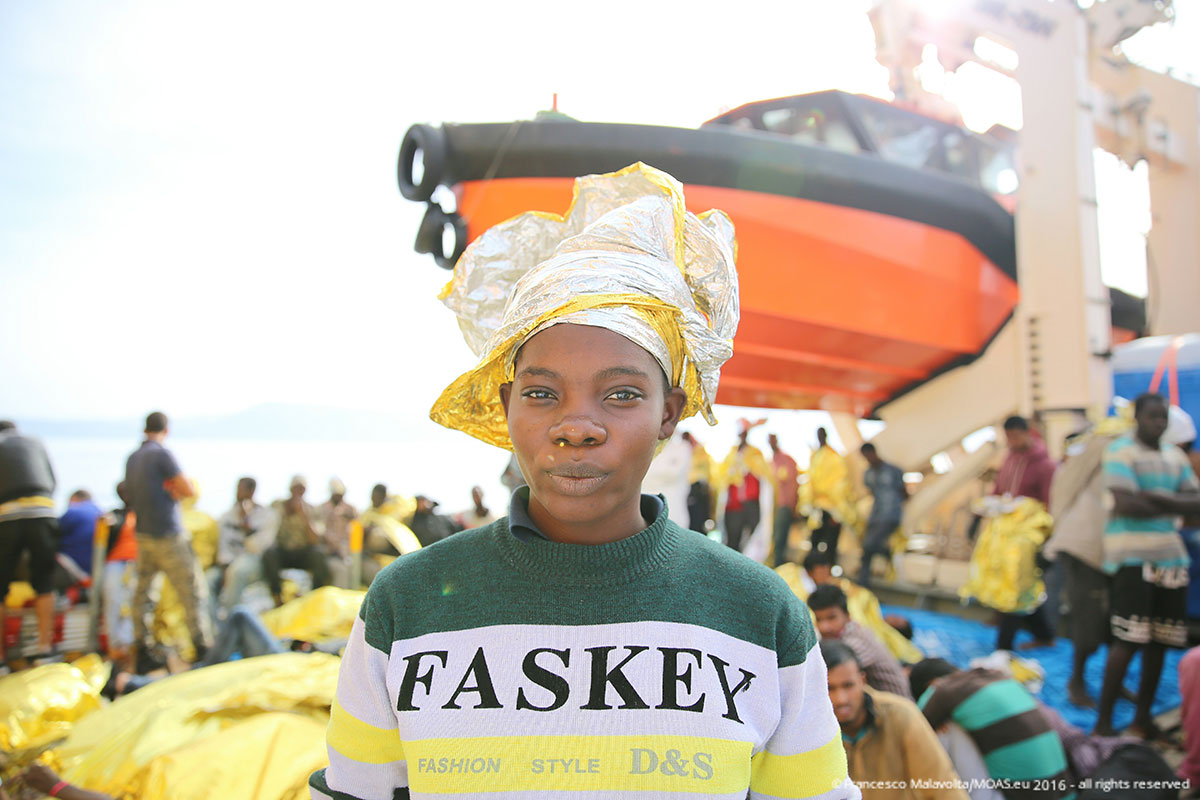 Appy was forced to leave her homeland of Nigeria when the scarcity of food meant that her family could not afford to feed themselves. Appy, her father and her brother left to try and find a way to help the family survive, eventually making their way across the desert to Libya. The MOAS crew pulled Appy from a desperately overcrowded rubber dinghy during the 2016 Central Mediterranean mission.

Throughout March, MOAS has run a special blog series exploring the reasons why people are forced to leave their homes. We have looked at range of ‘push’ factors, including some that directly affect the people we rescue, as well as those that form a key component in forced migration issues more widely. In this final edition, we focus on the relationship between climate change and the increasing impact it is having on forced migration.

Climate refugee, environmental migrant. We hear these terms more and more, but what do they mean? Who will climate change effect, and how will it affect them, and how does this relate to forced migration? While these questions are yet to be fully answered, it is certain that climatic forces are already impacting migratory trends and will continue to do so.

This will not be an isolated phenomenon: climate change is set to become a defining feature of future society. It is expected to eclipse all other motivators for migration, with the IOM reporting that an estimated 200 million people are projected to become permanently displaced because of climatic reasons in just thirty years. This is not the most extreme projection. That puts the figure at one billion.

Senior military advisors are echoing these concerns, arguing that changes to our climate will cause mass migration far beyond anything we have previously known.

With such bleak estimations, and the failure to respond to current migration constructively, our lack of action risks a serious catastrophe.

What is the relationship between climate change and migration?

It is true that there has always been an interdependency between our environments and migration; throughout history scarcity or abundance of natural resources has driven movement. It is also true that climates are always changing. The issues at stake here are the rapidity and reality of human-induced climate change. Human activity is impacting our climate, making it much harder to live in, and in areas where some of the most vulnerable live, it will make life impossible.

For much of the world, livelihoods and every-day life are intimately interlinked with the environment they take place in. Gradual changes to fragile ecosystems entail a need to mitigate, adapt, or suffer. Climate change is expediting mechanisms that force people to move. With rapid warming, ice-caps are melting and sea-levels are rising. This will force those residing in low-lying areas to move; with 100 million people living no more than one meter above sea level, displacement is inevitable.

Desertification is another climatic phenomenon that is increasingly uprooting communities. The Sahel region, extending from Senegal eastward to Sudan, is predominantly made up of pastoral and agricultural communities. Their livelihoods depend on rain. Climate change and rising temperatures are drying out arable lands, leaving these communities at serious risk. In 2012, a food crisis caused by a preceding drought affected 18 million people. Two thirds of Africa’s current arable land could be lost in just ten years. With these events occurring more frequently, migration may be the only resolution. In China, the Gobi desert is expanding at a rate of more than 1,300 square miles per year. Hospitable and inhabitable land is becoming increasingly scarce.

Of equal concern are sudden-onset extreme weather conditions. Again, severe storms, heavy rain, droughts have existed throughout history. The difference now is their rate and severity.

In the last 30 years, the number of storms, droughts, and floods has increased three-fold. In 2015, disasters left 19.2 million people displaced. That’s a figure twice as large as the amount of people who fled conflict and violence. In one event alone, an extreme monsoon season in Pakistan resulted in the flooding of the Indus river basin. This displaced 10 million and plunged 20% of the country underwater.

Who will it affect?

The short answer is everyone. As we can see from current migration trends, forced migration causes issues for the country of origin, transit, and destination. With warnings of climate change inducing unprecedented levels of movement, the impact will be felt globally.

However, this impact will not be felt equally. The more vulnerable countries and communities are set to suffer the most. Bangladesh, for example, is often cited as one of the most climate-vulnerable countries. It has a huge population (150 million) inhabiting very flat, low-lying deltas that make up the majority of the country. It is often in the path of cyclones and storm surges which wipe away homes in a single event, as well as flooding from melting of the Himalayan glaciers swelling rivers, which will have a profound impact on the amount of liveable land, resulting in extensive internal displacement.

Changes to our climate are set to make mass migration inevitable. It is wrong, however, to think this just an impending crisis. Climatic forces causing migration are in play now, though not always apparent. Often, climate change worsens existing difficulties, providing the context for mass migration. Climate change may not be the final event to force someone to leave their home, but it plays a significant part.

Conflict in Syria has caused the biggest refugee crisis since WWII. Few consider the environmental dimensions of this, but significant climatic causes can be identified. Extreme droughts prior to the civil war forced 1.5 million people to the urban areas. This added to existing social pressures, exacerbating political and economic tensions.

Increased competition for increasingly scarce resources – due to higher temperatures, disrupted water cycles, and desertification – have been shown to play a key role in conflicts which have led to forced migration. Darfur is one quoted example, the rise of Boko Haram is another. As resources become even scarcer, competition and conflict become fated. Migration becomes the only survival strategy available.

Look out for our next blog series for the month of April, and for all the MOAS news and updates sign up to our newsletter at the bottom of this page. You can support our rescue missions by giving whatever you can to help us save lives at sea.