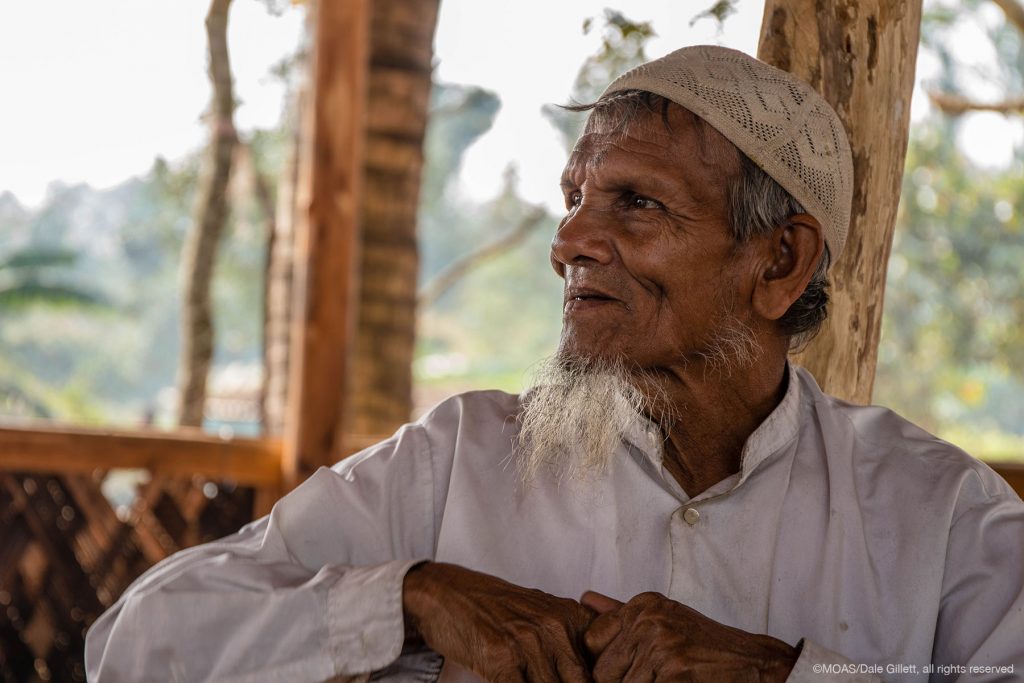 According to the United Nations’ Department of Economic and Social Affairs, all regions worldwide will see a greater proportion of elderly people. Over the next three decades the number of older persons worldwide is projected to more than double, reaching more than 1.5 billion persons in 2050.

The International Day of Older Persons is celebrated every year on the 1st of October as an opportunity to raise awareness about the issues affecting the older generations and the challenges of ageing in today’s world. This is also a great opportunity to reflect on how our society interacts with age, and a reminder to appreciate elderly people for their role and responsibilities in society.

Older refugees experience intersecting levels of inequality, prejudice, and societal restrictions across the international community, these will be explored in more depth below.

Older refugees and migrants are both those who have recently endured migration pathways or those who have lived and settled in the host community for many years. While older generations are often presented as a burden on society – particularly when considering welfare policies and rhetoric, they play a fundamental role within our communities, and they deserve to be treated in this way. In the context of migration, the proportion of asylum seekers over 65 in Europe is relatively small -even less than one percent. Elderly refugees share similar experiences and needs, but they face even greater challenges than elderly people in general: they have very specific concerns and needs which, unfortunately, are increasingly being ignored by European governments.

Language barriers are a serious challenge faced by many refugees, including elderly refugees. We must bear in mind that some refugees had missed core education because of turmoil in their home countries or, most probably, do not have the financial reserves needed for language courses in the destination country. Language is one of the most critical barriers to integration, working life and independence: not understanding the language of the country, and not being able to explain themselves, can make refugees feel misunderstood and isolated from the host community. It can also lead to reduced access to essential services and support in the country, as well as to employment and training opportunities. Moreover, learning a language generally gets harder with age, meaning that older refugees very often find it difficult to acquire new language skills.

Participating in employment opportunities is one of the most important factors which could favour the long-term integration of migrants into the host country. However, migrants – especially elderly ones, find it extremely difficult to access the job market: this can be due to a lack of documents, work experience or appropriate training or due to significant gaps on the CV – the process to receive the refugee status can take several months and, in this time, asylum seekers are not allowed to work. In addition to this, when refugees get a job, they risk being exploited as often they are forced to enter unregulated job markets for the reasons mentioned above.

Elderly people, while they can normally access a basic pension, struggle to cover living expenses as well as other necessities such as health treatments: some elderly people go without meals for several days or rely on national and local food banks; some others forego medical treatment as it would place a financial burden on them or on their family.

Social isolation and loneliness are global issues experienced by elderly people in general. This is often because they are more likely to face factors such as living alone, the loss of family or friends, chronic illness, and hearing loss. This is a serious yet underappreciated public health risk that affects a significant proportion of the older adult population. For elderly migrants and refugees who are often already pushed to the periphery of society, social exclusion can be exasperated.

It is also important to remember the older people living in the refugee camps, who often face problems including social isolation, chronic dependency, mobility issues and physical and mental health concerns. These issues have been highlighted in camps in Bangladesh for example, as many elderly Rohingya refugees living within them have reported difficulties in accessing basic healthcare and sanitation services, whilst the congestion and hilly terrain within the camps create a problematic environment, particularly for those with limited mobility. Yet, despite these difficulties, it is important that older refugees are not solely viewed as ‘passive, dependent recipients of assistance’, as they can also be assets to their community through serving as leaders, being valuable resources for guidance and advice, and acting as transmitters of culture and skills.

While they are fundamental members of families and communities worldwide, older refugees receive little recognition, and their needs are ignored or overlooked by governments and local authorities. On this important International Day, MOAS recognises the multitude of challenges that elderly people face in their destination countries and in the refugee camps around the world. We believe that elderly people must live their later years in dignity and security, and we ask the international community and national governments to protect and support older people on the move, ensuring access to basic services such as health, education, and social systems.