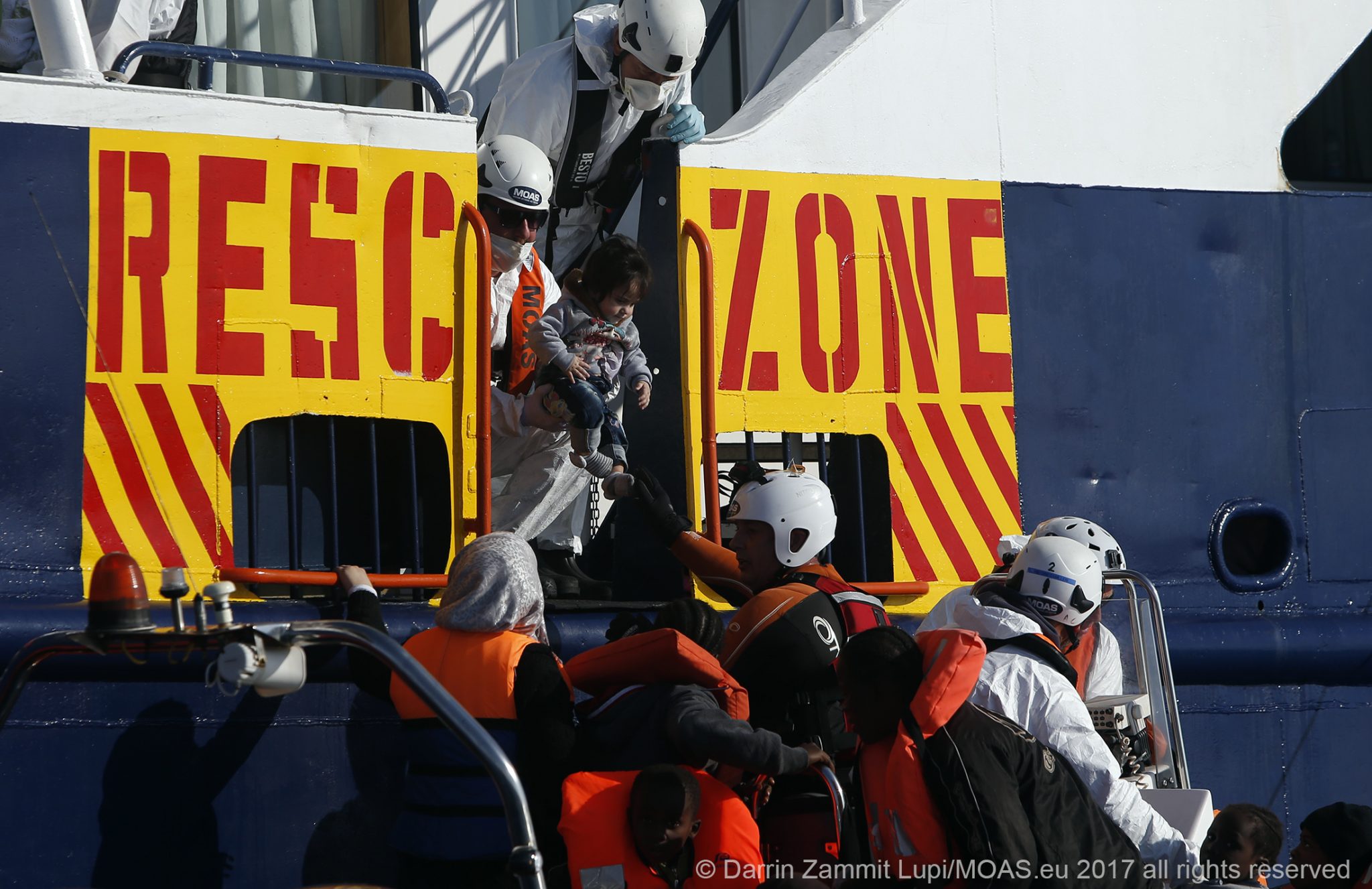 On the 19th April 2015, an estimated 700 children, women and men drowned in the Mediterranean while desperately searching for a new life in safety and peace. The European community was outraged and politicians vowed: ‘never again’.

The following year, on the 18th of April, up to 500 people died in shipwrecks off the Libyan coast.

As MOAS prepared to commemorate these mass tragedies, our crew were out in the Central Mediterranean on our search and rescue vessel, the Phoenix. Our 2017 mission had launched 2 weeks earlier; a date chosen precisely to avoid yet more April tragedies. As the Phoenix travelled to the zone of operations following a period of bad weather, they knew that many rescues lay ahead of them; but they could never have anticipated the scale of what they were about to face.

Here, we will set out how the weekend unfolded, and how it was that through the determination, teamwork and solidarity among everyone at sea, another mass tragedy was avoided.

On Good Friday, 14th April 2017, throughout the day over 2000 people were rescued by SAR agencies, mostly NGOs and coast guard vessels. The Phoenix participated in the rescue of 273 people, transferring everyone to an Italian coast guard vessel so that our crew could remain in the area to assist with further rescues the following day.

On Saturday 15th April in the early hours of the morning the Phoenix began receiving messages from the MOAS aircraft, the Rescue Coordination Center in Rome and other SAR assets nearby of multiple vessels in distress at various locations in the area of operations. By 05:10 the Phoenix had engaged in the first rescue of the day- a blue rubber boat with 116 persons on board, which was immediately followed by a large wooden boat nearby. Throughout the day fresh sightings of vessels in desperate need of assistance continued to come in from all sides. 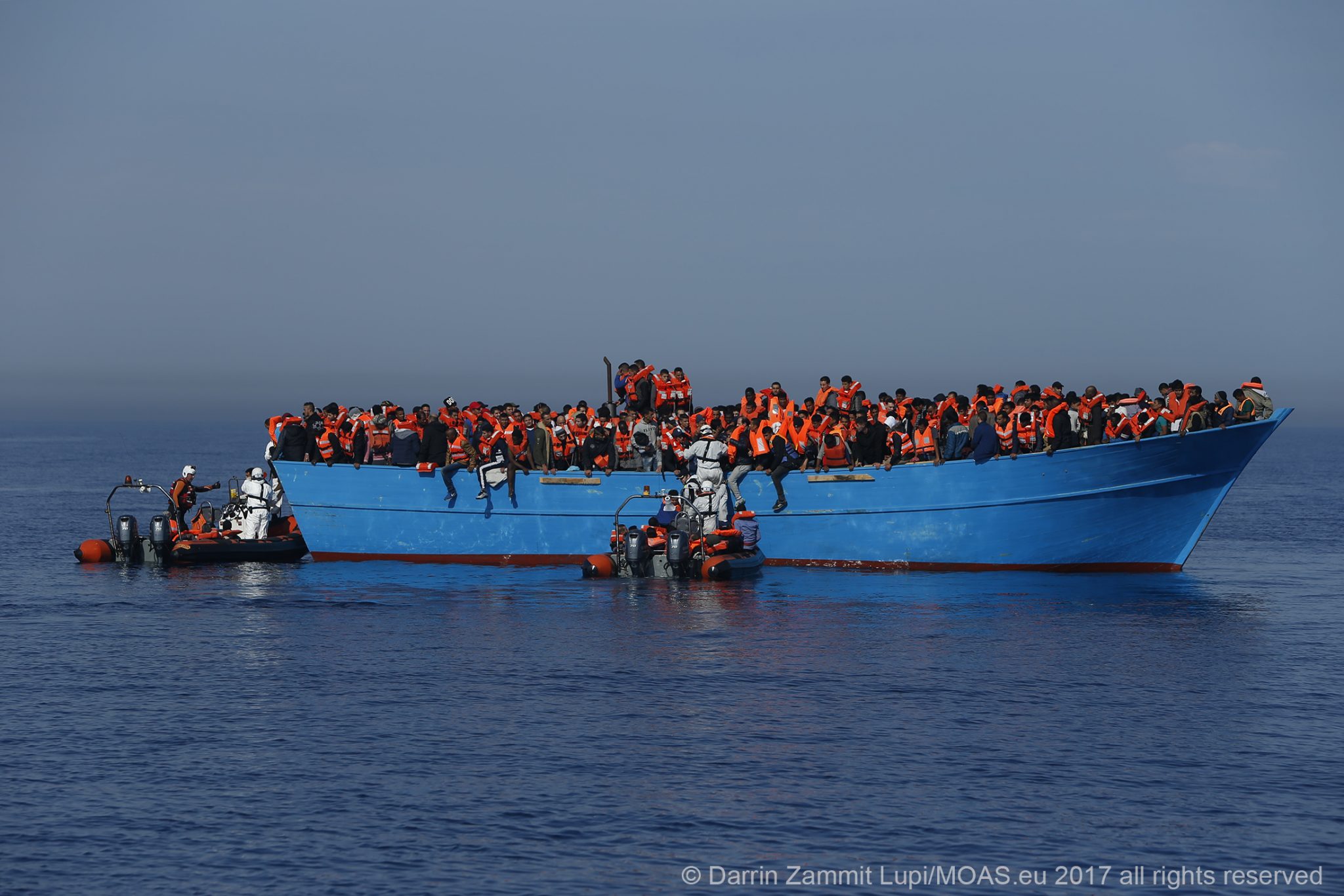 All assets in the area, including tug boats and fishing vessels, were taking people on board and fighting to stabilize those they could not rescue. Life jackets and emergency rations were distributed to all boats in the area and women, children and emergency medical cases were all transferred onto the Phoenix, while the crew redistributed people among the surrounding boats in a desperate attempt to stabilize the worst affected before night fell.

By the time evening drew in the Phoenix was surrounded by 7 rubber boats and 2 wooden boats, between them carrying an estimated 1000 people on board in desperate need. The crew had been engaged in rescues for over 15 hours and resources were stretched thin.

“Just when we thought we had some control, more boats appeared. The big wooden boat was the most complex; on the one hand, we needed the engines to keep running to keep the pumps going and stop the boat from sinking, but on the other hand, we knew of over 200 people in the hold who could be suffocating from the fumes produced by the engine. As each hour passed our concern increased: would we run out of fuel, or would we find bodies?”

As other rescue vessels came and went to assist in other incidents the Phoenix was left alone and seriously concerned, as crew members supervised an estimated 1,500 vulnerable, frightened people in distress across the boats in the water and the groups embarked on board. 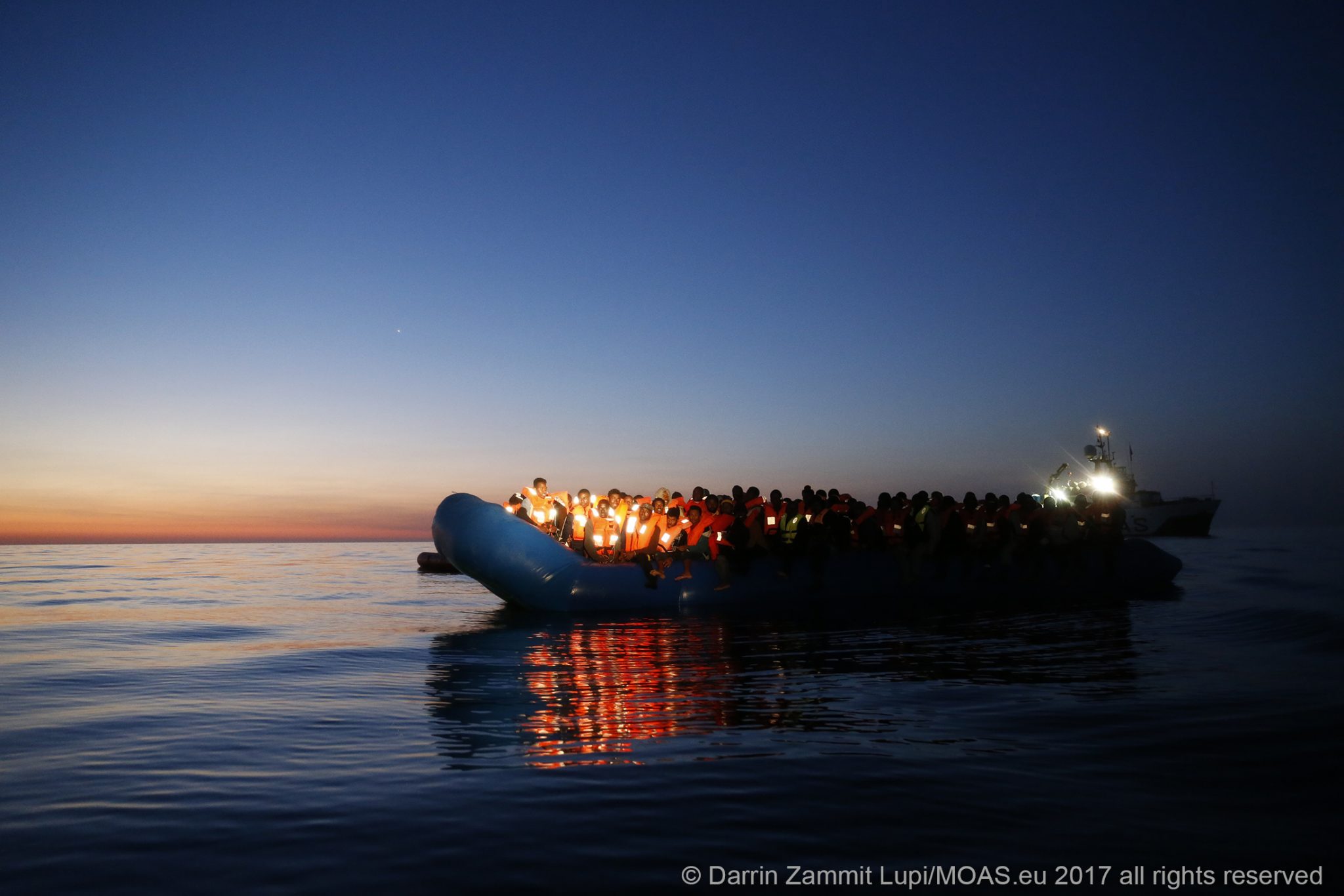 Throughout the night the Phoenix waited for assistance, desperately trying to maintain control in the rising swell. Just before midnight, another SAR NGO, Jugend Rettet, arrived back on the scene soon followed by a merchant vessel and began to take people from the most at risk boats on board.

In the early morning of Easter Sunday the MOAS aircraft began its patrol, spotting vessels previously unseen. The Phoenix distributed life jackets to one small wooden boat and immediately headed to a severely deflated rubber boat nearby to assist the Sea Eye in an incredibly delicate rescue where people were already in the water.

MOAS deployed both RHIBs, several inflatables and yet more life jackets. Despite desperate efforts by the crews of both NGOs and the safe rescue of approximately 100 people, at least 7 people lost their lives, including one boy of around 8 years old. All 7 casualties were taken on the Phoenix, before the MOAS crew headed back to the ongoing rescues to continue to assist.

By this time the Phoenix crew had been working without rest for over 40 hours and were at maximum capacity, with a total of 453 people on board, among them 15 pregnant women and several very young infants, some as young as 14 days old.

Help had arrived in many different forms; NGO vessels, merchant and fishing vessels ready to assist in the desperate situation. Through the next hours the Phoenix continued to assist as people from boat after boat were transfered onto safer vessels and, with the swell still growing, the rescues became more challenging, particularly as people were assisted onto a large fishing vessel, having to scale the sides in dangerous conditions.

The solidarity demonstrated by all present over the weekend saved many lives. The efforts and dedication of all those involved can be credited for the mitigation of a significant loss of human life this weekend.

“I don’t know how we didn’t get any fatalities that night. Some people on board have said it’s a miracle. I’m not sure about that, but what I do know is how much of a testament it is to our team. They were relentless in their efforts to save each and every person around us. Their determination is what kept these people alive. I’m proud to be able to say I’m on that team. No one was going to die that day, they just weren’t going to allow it if they possibly could.”

Following many more hours of tireless work among everyone at the scene, rescues finally came to a close. In total, around 1,800 people were rescued or assisted by MOAS this weekend, while the total number of people rescued across the weekend has been estimated to be around 8,000. The Phoenix has now disembarked in the Italian port of Augusta and the crew are on their way back to Malta for some much needed rest.

For now, MOAS will not only remember those who lost their lives this weekend and in previous April tragedies, but will also celebrate the dedication, determination and cooperation of all SAR and non-SAR assets who this weekend prevented what could have been the most devastating mass casualty the Mediterranean has ever seen.