Displacement, drowning and disaster risk-reduction during the Monsoon season 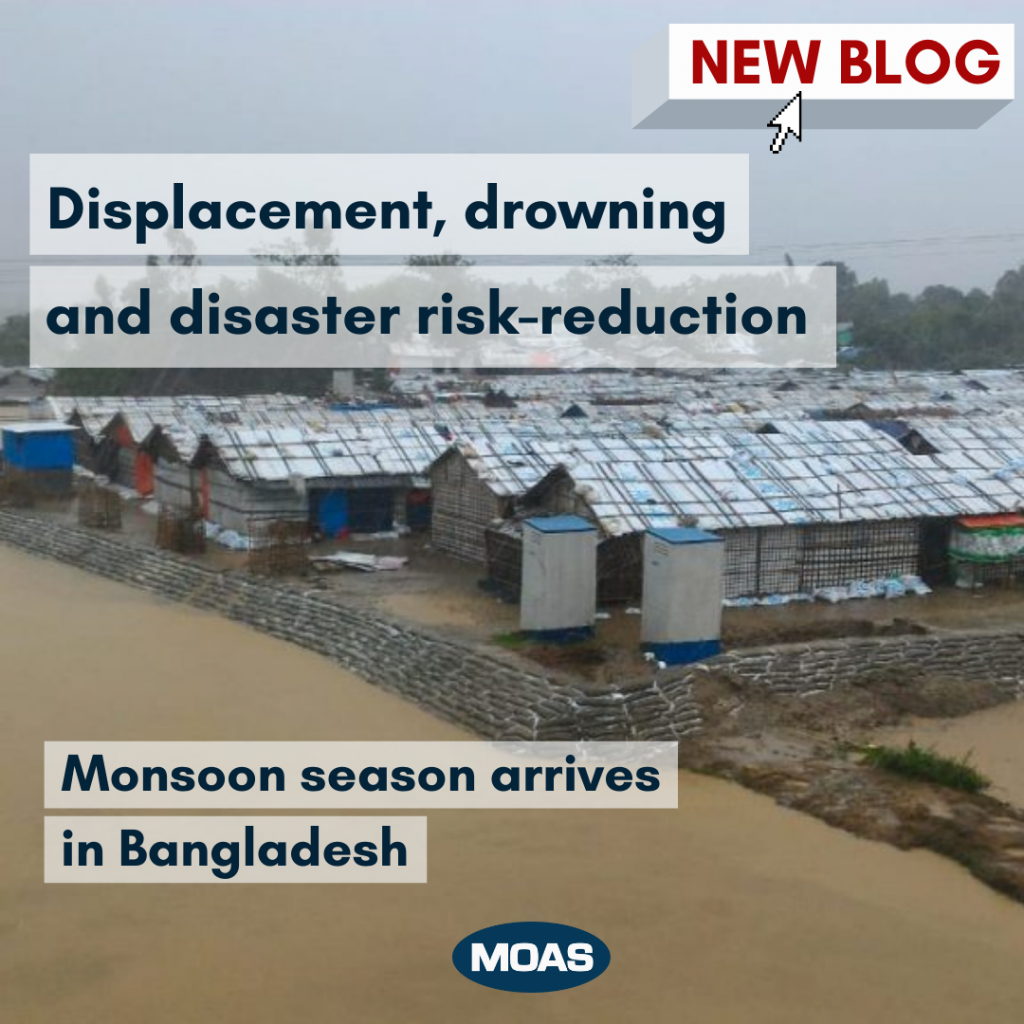 Bangladesh is frequently cited as one of the most vulnerable countries to climate change because of its disadvantageous geographic location; flat and low-lying topography; high population density; high levels of poverty; reliance of many livelihoods on climate sensitive sectors, particularly agriculture and fisheries. Moreover, with the onset of monsoon season, the destructive impacts of heavy monsoon rainfall are once again being experienced throughout the country. According to the ‘Global Report on Internal Displacement 2021’, published in May by the Internal Displacement Monitoring Centre (IDMC), approximately 4.4 million people became internally displaced in Bangladesh last year largely due to natural disasters including cyclones and monsoon floods. The report also revealed that Cyclone Amphan, which hit the country in May 2021, caused around 2.5 million people to become internally displaced in Bangladesh, primarily in the form of pre-emptive evacuations.

So far this year, many districts, as well as the capital Dhaka, have already been hit by heavy rains, whilst other areas around the country are bracing the prospect of flooding and landslides in the coming weeks. Along with severe displacement, flooding caused by torrential rainfall during the monsoon season can cause several devastating effects, including damage to infrastructure and crops, and increased prevalence of waterborne diseases. Monsoon season is also a particularly difficult period for Rohingya refugee camps in Cox’s Bazar district, as well as the local host community. Furthermore, heavy rainfall during the monsoon season can cause water levels in streams, pools and reservoirs in the camps to rise, increasing the risk of drowning for those that use them.

The risk of drowning

Over the past two decades, it has become increasingly recognised that drowning is a major public health issue in Bangladesh and a critical threat to the survival of children in the country, being the leading cause of death among children aged 1 to 17. According to the latest report released by MOAS, this threat extends to the young Rohingya living in the refugee camps in Cox’s Bazar. The findings of the study revealed that most drowning fatalities in the Rohingya camps are associated with males, the rainy monsoon season, daylight hours, inadequate supervision, and occur in ponds. Fatal drowning incidents among children under 5 usually occurred as they fell into nearby water whilst caregivers were occupied with household duties. The ages of the victims ranged from 2 to 17 years old. Six (30%) fatalities recorded were children under 5 and fourteen (70%) fatalities were school age children (between 5 and 17 years old). Twelve (60%) of these fatalities occurred in ponds, three (15%) in canals, two (10%) in a deep man-made hole that had accumulated rain, and one (5%) each in a lake, reservoir and water bucket. MOAS affirms that a drowning prevention programme specifically suited to the children in refugee camps is needed.

The global threat of drowning recently became an issue as recognised by the General Assembly of the United Nations, which adopted a resolution that proclaims 25 July as World Drowning Prevention Day to raise awareness of the importance of drowning prevention and the need for urgent coordinated multisectoral action. 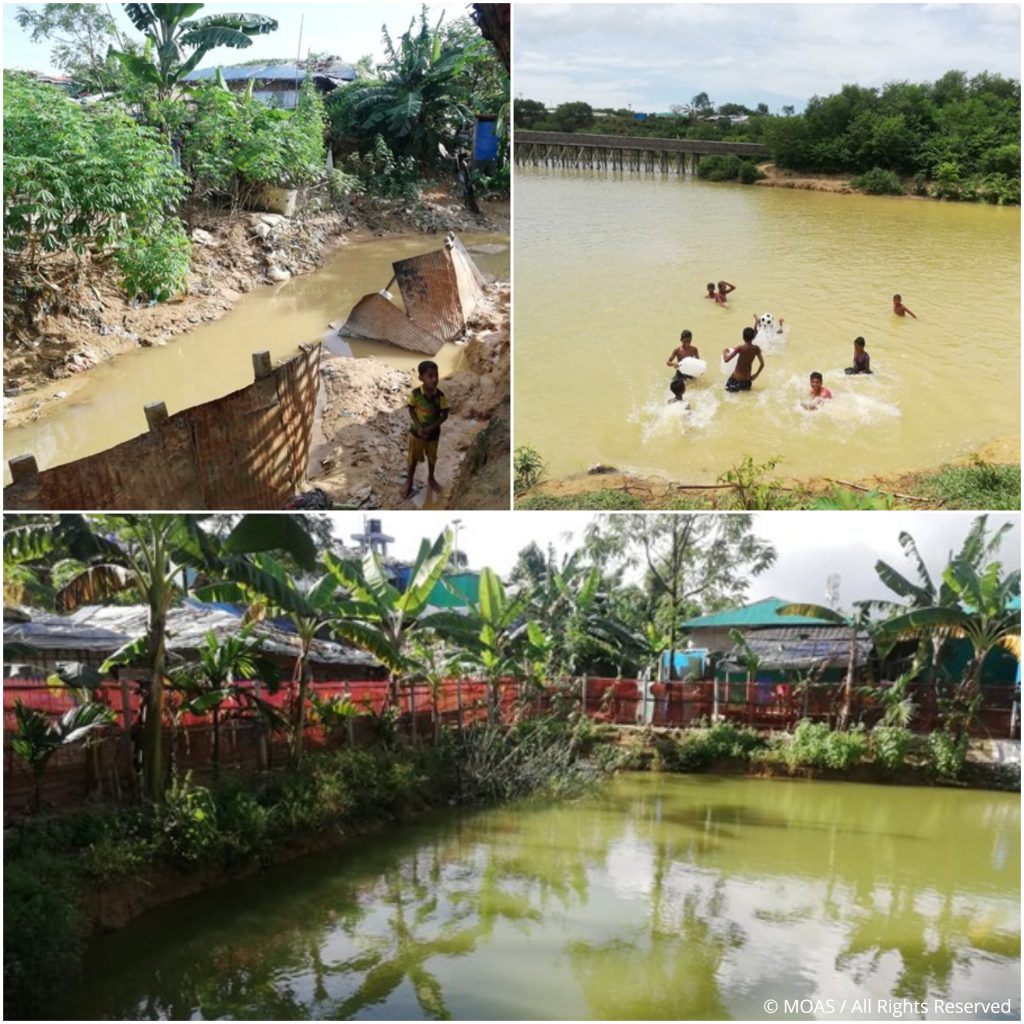 In response to high numbers of water-related deaths during the monsoon and cyclone season, MOAS has been providing its expertise and technical advice for the delivery of Flood and Water Safety Training courses since 2019, in the world. The courses train refugees and host community volunteers to act as first responders in the event of a water-related emergency. Participants are also taught methods to manage the after-effects of flooding and save lives, as well as how to operate safely within flooded environments and perform rescues using ‘throw bags’ to pull people in distress from the water. Selected volunteers are also chosen for ‘trainer training’ and receive additional instruction allowing them to deliver the course to further groups of volunteers in their areas, ensuring that skill development and retention continues within the community.

Since the scheme was established in 2019, over 3000 safety volunteers have been trained, and lifesaving results have been achieved.  The training is currently on hold due to COVID-19 restrictions, but we look forward to its resumption as soon as the situation improves.

“The volunteers trained in the camps thanks to technical advice provided by MOAS can act as first aid responders in case of water-related emergencies and therefore save lives, including those of children”, said Regina Catrambone, co-founder and director of MOAS. 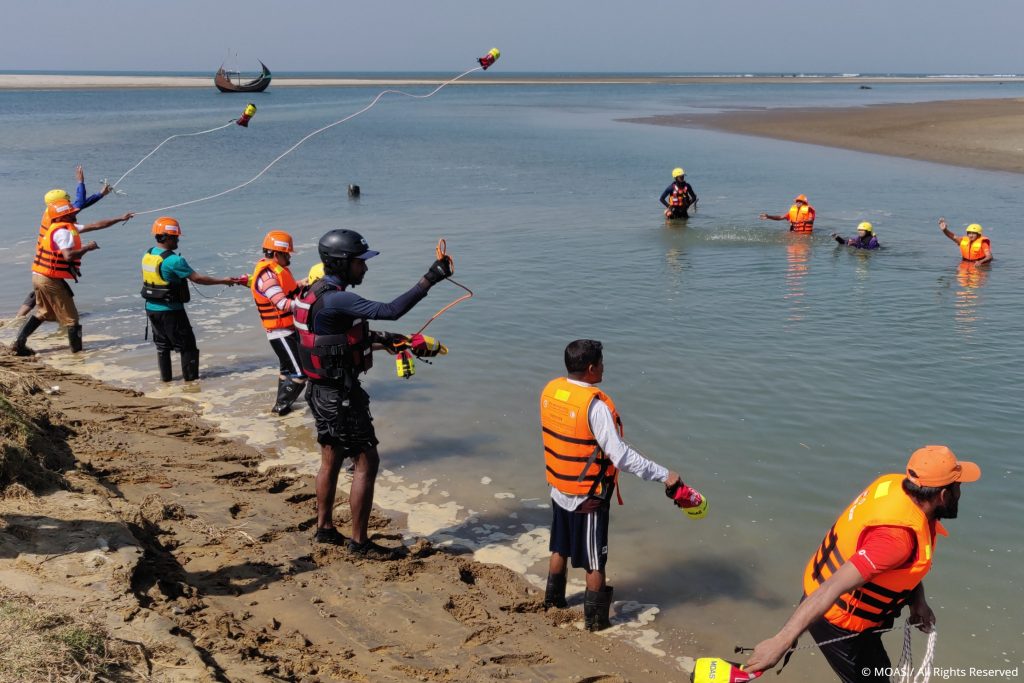